More graduates behind or defaulting on student loans 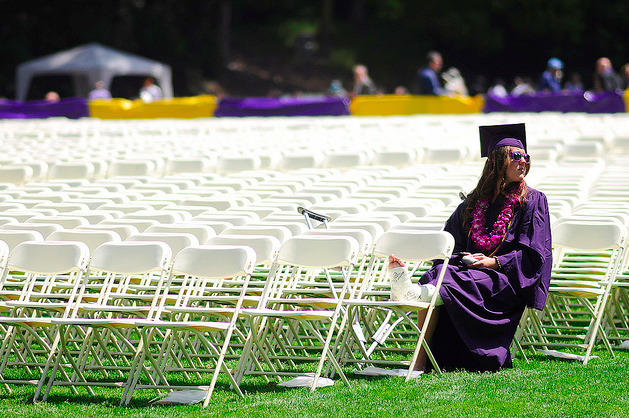 While many college students are rationing their student loans by living on a Top Ramen diet, this may be only the beginning of their financial woes.

Students nationwide are having an increasingly difficult time paying for school, and the default loan rate has risen from 7 to 8 percent according to the U.S. Department of Education. Director of SF State’s Financial Aid Office Barbara Hubler implores students to understand what they are getting into before taking out a federal loan.

“The economy is tough right now and it’s hard to find jobs,” Hubler said. “The best thing to do is be prepared.”

According to the U.S. Department of Education, escalating college tuition costs, sub-standard job prospects and low graduation rates may be the reason for the increase in default loans.

Fifteen percent of about 1 million student borrowers who had payments due starting Oct. 1, 2008 were already behind in their payments two years later. In public institutions the default rate increased from 6 percent to 7.2 percent and at private not-for-profit colleges the rate increased from 4 percent to 4.6 percent. In 2009 about 320,000 borrowers of an overall 3.6 million already defaulted last fall.

SF State student Glen Rabang, who is pursuing his master’s in history, estimates that he has borrowed $30,000 in student loans. He said he has to struggle to survive by living on a diet of trail mix cereal and candy bars, and said he is worried about the future after graduation.

“I’m so screwed and scared for life,” Rabang said. “I’m probably going to have to work two or three jobs when I’m done.”

The Federal Student Aid website says that when borrowers do not make a payment for 270 to 360 days and do not make special arrangements for deferment or forbearance, loans are considered in default. Once this happens, loans are not dischargeable even through bankruptcy. Even when a borrower meets hardship requirements, it only results in a partial discharge of debt.