Republicans: a look at political minority at SF State 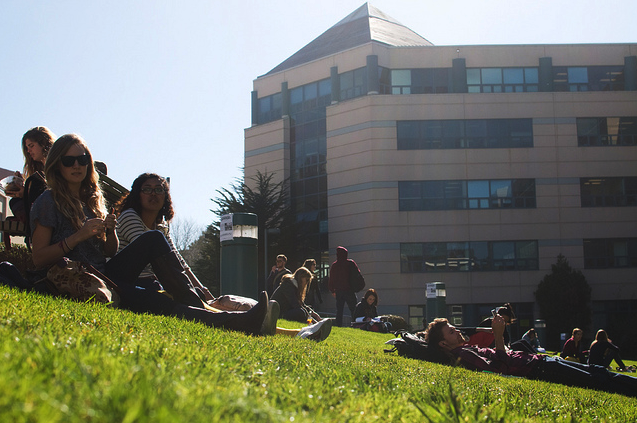 In a campus that is home to students of different religions, races, ages, ethnicities and classes, there is one group whose absence is palpable. If Republicans do in fact exist at SF State, some students might think they’ve gone into hiding.

The last time the College Republicans were recognized as a campus organization was during spring 2010, and the group hasn’t sought recognition since, according to Sarah Bauer, the managing director of Leadership, Engagement, Action, Development, the body that approves groups on campus.

“She did a few things that embarrassed us in the front of the state-wide chapter,” Fabian said. “She wanted to do a charity event instead of campaign for Republican candidates. Campaigning for candidates is something we needed to focus on instead of running a marathon.”

According to Jason McDaniel, an assistant professor in the political science department, a conservative void and failure to reestablish the campus GOP could also be due to the city’s Democrat-dense population.

“Politicians and people on campus respond to general climate of what people want here and that tends to be more liberal,” said McDaniel, who specializes in urban politics and voting behavior. “People who live in cities tend to be more liberal.”

“This campus has a history of activism against conservative government,” McDaniel said. He estimated liberals make up 65 percent of San Francisco’s population, a number he suspected might impact the ideological makeup of SF State.