Breaking up online: how social media can affect the end of a relationship 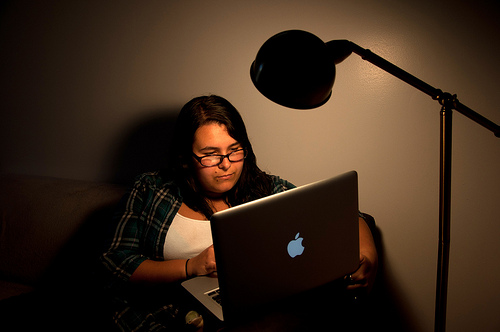 Ending a relationship is hard enough, but in the digital age, things have become more complicated with social media outlets including Facebook, Twitter and Tumblr changing the way we relate and communicate with people.

Chen has a friend whose girlfriend used Facebook as a platform to break up with him by changing her status from in a relationship to single.

“He was heartbroken and humiliated, so there’s that level of public humiliation that’s added on top,” Chen said.

A clean breakup is not easy when you are interconnected with your former lover along with their friends and family via multiple forms of social media, according to Chen.

“After a breakup you should stay away from each other for six months to a year and a half, and that’s hard to do, especially when you’re offering olive branches like ‘we can still be friends,’ and the truth is you can’t be friends with somebody that you just broke up with,” Chen said. “The emotions are too raw and you need time to hit the reset button and to redefine yourselves.”

Some students agree with Chen and think social media sites blur the lines between personal and public information.

“I think it’s bad,” said Anthony Jarmolowicz, a 24-year-old electrical engineering major. “It depersonalizes communication and when you’re talking on sites like Facebook, communication gets lost. When you’re in a relationship, communication is really important.”

Allyson Villanueva, 21-year-old broadcasting and electronic communication arts senior, said she spends 6 to 7 hours a day on social media websites, staying in contact with friends and family members, updating her status and posting pictures and videos.

She broke up with long-distance boyfriend of 5 months at the beginning of this semester so she could focus on her job and her schoolwork.

Her ex-boyfriend wanted to stay friends so Villanueva decided to give it a try. It wasn’t long before she became annoyed because he was using social media as means to contact and keep tabs on her.

His disregard for her need for space finally came to a climax one night while she was at work. He kept calling and Facebook messaging her while he was drunk.

In desperation she finally threatened him with a restraining order to get him to stop and leave her alone.

Villanueva ended up blocking her ex-boyfriend from her Facebook, Twitter and Tumblr accounts. She said this made him angry, but he finally got the message and has not contacted her in more than two weeks.

“It was hard to fully sever that tie because he and I were connected on pretty much every aspect,” Villanueva said.

Chen recommends breaking off all ties you have with your ex both on and off the internet. It can seem cruel, but she said it is necessary to avoid a messy and complicated breakup.

Social media strategist Sheri Wiess believes social media is not a place for posting about what is going on in your private lives in the first place and that it is
unsafe to do so.

“Personal information about yourself can be wonderful for building trusting relationships,” Weiss said in an email. “Private information does not belong on the global whiteboard.”

Villanueva concluded that her previous social media break-up relationship was turbulent but that she has learned a lesson.

“I now know that revealing my personal life on Facebook is dangerous and can make breaking up messier because it adds fuel to the fire and your whole life is out there and it’s harder to just cut ties,” Villanueva said.