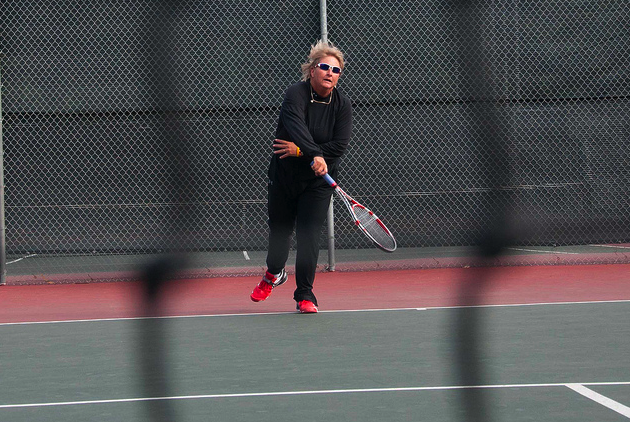 At first glance, it looked just like rock candy sitting next to a glass pipe.

When Yvonne Gallop saw the crystal methamphetamine begin to melt, it reminded her of a science experiment. She had no idea what the drug was or how drastically it would change her life in such a short period of time.

She soon discovered that the side effects of the lifestyle grabbed a tight hold on her.

After her mother was killed by her sister in 1998, Gallop was only 40 and left feeling alone. She never took the time to properly process her grief over the loss.

The lifestyle of having drugs around came with an instant set of friends willing to listen to all of her problems and let her cry as long as she was willing to share. She had brief stints of cocaine use before, but had always been able to stop for long periods of time. After about a year to a year and a half of using meth, she was able to move and separate herself from the drug and the lifestyle that came along with it.

One day Gallop discovered a bag of meth sitting on her workbench, which she believed had been left by an acquaintance who had returned a borrowed sander. Gallop had a feeling the woman used meth, but had never done it with her. Gallop immediately threw it in her pocket, hopped in her car and left to go return it after her partner moved her car that was blocking the driveway.

San Jose police pulled her over and she was arrested for possession.

After being released and completing her parole, Gallop decided to return to school and continue her college education at 48 years old in 2007.

“It’s hard to make re-entry, on top of all the other issues you now have the label of ex-convict,” said Larry Trujillo, a criminal justice professor at SF State. “Education is the best thing to do is to keep them out of prisons for good.”

Project Rebound at SF State is one of the only resources of its kind designed to help the formerly incarcerated return to college and obtain a higher education. Through Project Rebound and its sister program, Second Chance at City College of San Francisco, Gallop and several others have been able to turn their life around and obtain a degree.

“For my whole life I knew I had always allowed tennis to get in the way of my education,” Gallop said. “I decided that I wasn’t going to let that happen again.”

From the age of 17 Gallop spent years on the Virgina Slims Tennis Tour which is now known as the Women’s Tennis Association. She spent time competing around the country and in and out of college, but tennis had always been her primary focus.

One day Gallop went to CCSF and went to the Continuing Education Department.

“I looked the woman in the face as I saw the big rainbow flag sitting behind her and said I would like to finish my education,” Gallop said. “Before she could say a word to me I started crying, and told her that I had been incarcerated.”

The woman at the desk told Gallop, “This is the place for you to be.”

The woman made a single phone call and told Gallop that people would be waiting for her in the Extended Opportunities Programs and Services office downstairs where Second Chance was located. When Gallop arrived she said it felt like fate as she was taken by the hand and literally led around from building to building to do everything required to begin classes.

After two years at CCSF, it was time for Gallop to transfer to SF State. Yet again, someone was there to walk her through the entire process of continuing education. As she filled out her application to transfer, Project Rebound director Jason Bell, himself a former Rebound student, sat next to her in case she had any questions.

Rebound also connected Gallop with a financial aid counselor to assist with the money aspects of education.

According to Bell, the other services for the 87 students currently attending SF State as Rebound students include BART and transportation assistance, food tickets and books. The program is also working to establish a way to provide students with better quality clothes to wear while attending classes.

The funding for Project Rebound comes from Associated Students Inc. via student fees and the program has also received $50,000 over the past three years from the Registry Foundation.

The program began when Dr. John Irwin was paroled in the 1960s and then attended SF State. He was given a small space in the sociology department and from there the program grew as he recruited former inmates. The program now accepts between seven and 17 new students each semester.

“It has been even more empowering than it had been at City College,” Gallop said. “Its like going from being a little girl to being a big girl even though I’m 53 years old. There are a lot if anxieties we go through.”

One of the most common and difficult challenges Rebound students face, according to Bell, is the stigma of being a ex-con. He feels often Rebound students get lumped in with some of the worst kinds of offenders, like sex offenders and violent criminals that are actually far and few between.

According to Bell, another problem is dealing with parole officers who can sometimes be rigid and not conducive or understanding of the student’s school requirements, putting them between a rock and a hard place as they strive to succeed in school, but have to obey orders to stay out of prison. Sometimes parole officers will make parolees meet at times that directly conflict with midterms or other tests and classes, Bell said.

Project Rebound intern Crystal De La Roca works with Rebound students and tutors some of them. One student from Rebound she tutored told her that it was hard to stay on track when he knew he could be out on the street making more money selling drugs.

Most of all, Project Rebound provides students with a sense of community on campus.

“Project Rebound has really helped make me feel and has confirmed that I am where I belong,” Gallop said. “Project Rebound definitely has made things a lot easier. I definitely believe in the depths of my heart and soul that I would not be here and be as successful as I had been without Project Rebound.”

According to Bell, students from Project Rebound have a graduation rate of 87 percent, which is significantly higher than the college average.

Gallop, along with other Rebound Students, also work on continuing to pass the torch to those still in jails and tell them about how they have found a way out.

“I recruit women, former inmates into education,” Gallop said. “I try to get them first into City College and I do that because less money and it’s a better stepping stone and the campus is a little smaller. They get to get their feet wet at a much lower cost than SF State.”

So far Gallop has recruited eight women total, but lost two of them to relapse. The six remaining have graduated with associate’s degrees and those with kids have gotten children back.

“These women can do anything they set their mind to,” Gallop said. “I would rather start them at a lower scale then have them feel overwhelmed and quit.”

Studies have shown that education is a key component in keeping people out of prison. The recidivism rate in the state of California is 78 percent and is cited as one of the reasons California prisons are overcrowded.

According to a study done by Wendy Erisman and Jeanne Bayer Contardo, if former inmates receive their associate’s degrees then their recidivism rate falls to 16 percent, and only 10 percent if they receive their bachelor’s degrees.

Some believe that education and more programs like Project Rebound could be a solution to the issues prisons face with overcrowding.

“Education, more community based programs, job training, all these things will decrease incarceration, which is the big price tag,” Trujillo said. “Front end prevention through education is the key.”

Gallop still continues to compete in the senior division of the tour and is ranked 19th in the nation. But now she is a senior at SF State working towards a bachelor’s degree in political science with a minor in criminal justice with an emphasis in pre-law. She plans to apply to law school and eventually wants to work on public policy or to combat social injustices.