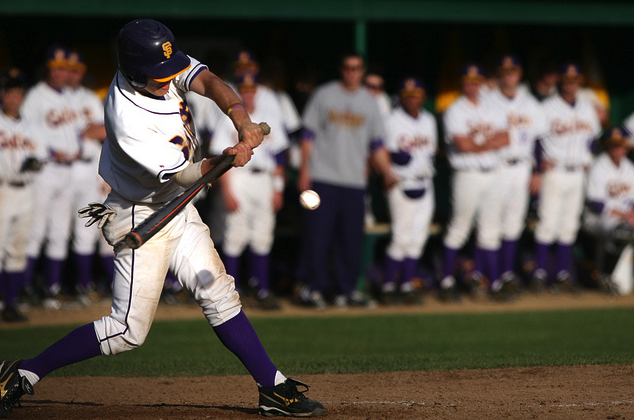 While trying to catch a bus home Sept. 9 at approximately 9:30 p.m., Mo Mariscal, second baseman for SF State, was struck by a vehicle on the corner of Holloway and 19th avenues according to head coach Mike Cummins.

Mariscal was taken to the hospital and spent three weeks in the intensive care unit. He is still waiting to be released and start physical therapy.

The night of the accident A.J. Almaraz, another second baseman for SF State, received a call and did not expect what he was about to hear.

“One of my teammates called me up and just told me ‘Did you hear about Mo? He was walking and got struck by a car,’” Almaraz said. “I was in shock, definitely, is something that you don’t really wanna believe and it takes a little bit to settle in.”

Although Almaraz just transferred to SF State this semester from San Jose City College, he began to know Mariscal well.

“Me and him are both walk-ons and on the three or four weeks that we were out there I got to know him pretty good,” Almaraz said. “He’s a real cool guy, about as laid back as it gets. It’s really unfortunate that something like this happens because is so unexpected.”

The players and coaches came up with the idea of ordering purple rubber wristbands with Mariscal’s name and the phrase “Gator Strength” written on them to help raise money for him.

The team is reaching out to students at the campus quad and sporting events for donations. Contributors receive a wristband when they donate $3 or more.

“We want to be able to give a big chunk of money to the family for (Mariscal’s) medical costs and their expenses,” Cummins said.

Mariscal’s absence has been felt by teammates during practices this offseason.

Mariscal may be sent back home to San Jose, Calif., later this week to begin physical therapy, according to Mark Cummins.

The baseball team has given out 1,100 wristbands and collected close to $2,000 in donations. Although there are only 30 bands left, the team will continue to accept contributions the rest of the season.

Carlos Guerrero, 28, made a donation after talking to one of the baseball players on the campus quad. Guerrero is a soccer player for a league in San Francisco and can relate to being injured.

“I’m an athlete myself and I just got out of surgery. I had meniscus surgery, and I know the psychological aspect of coming back from an injury. To get hit by a car, that’s just insane,” he said. “This is good to see, that the team and the community are coming together to try and do something for him. It’s not something that you see often nowadays.”

If you wish to make a donation, contact Cummins at [email protected], or write checks payable to SAAC-Mo’s Fund and mail them to the baseball team’s office.