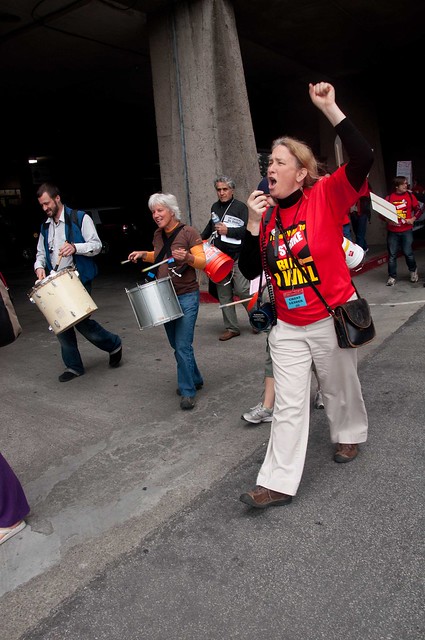 The strike stems from years of tense negotiations between union members and the California State University system for pay increases that were denied to the faculty for two years.

While the contract promised faculty a pay increase, the CSU cited the contract’s allowance for changes to be made in order to cope with economic hardship.

Some students crossed the picket line today in order to turn in assignments despite some entrances being blocked off by strikers.

Cars are still being allowed to pass through as needed.

Students for Quality Education stayed the night at Cal State East Bay last night in preparation for the strike.

Siraj Shabber, a student organizer for SQE at SF State’s campus, explained the reason why they stayed the night was “to get that momentum…to support our faculty and SQE students.”

The Cal State East Bay Police Department said they allowed students to “stick around” but they were not allowed to sleep, camp out or set up any sleeping bags or tarps.

A canopy and tarp were both removed by police yesterday when students first gathered near the center of campus around 1 p.m.

“Ultimately the reason why I am here is because I am dissatisfied with the way things have been,” said Alan Johnson, an English major and member of SQE’s Cal State East Bay Chapter. “The bureaucratic structure and the authoritative role the trustees and administration takes in being able to implement whatever they decide without our involvement or our voice mattering or without us having any power or say.”

There were no arrests last night and the strike is set to continue until 5 p.m. The CFA strike is also taking place at Cal State Dominguez Hills for the CSU campuses in Southern California. 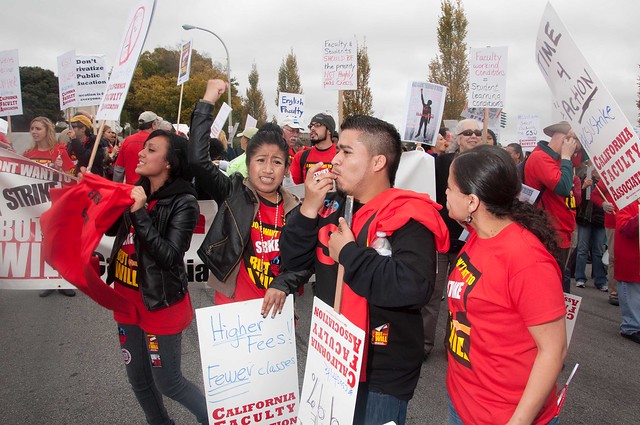 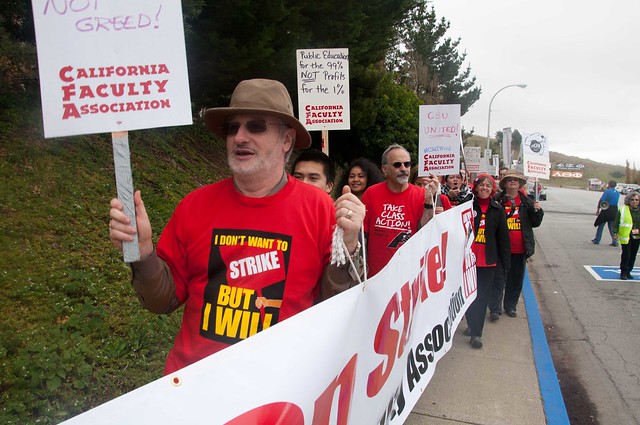 Protesters at the California Faculty Association strike delay cars from getting through the Cal State Easy Bay campus Nov.17, 2011. Photo by Nelson Estrada.