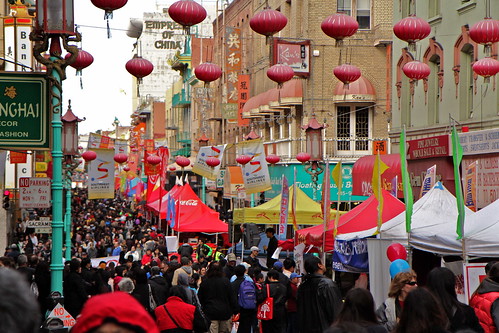 Crowds of people browse, buy, shop and play at the Chinese New Year of the dragon festival on Grant Street, Feb. 11, 2012. Photo by Tearsa Joy Hammock / Special to Xpress.

In the U.S., the new year is celebrated with drinking, raucous behavior and lasts a day. In China, the Spring Festival celebration lasts at least two weeks, even up to a month.

One of the largest worldwide celebrations of its kind outside of Asia, the Chinese New Year festival in San Francisco is two-weeks long, including events such as the mini-procession and ribbon cutting in Chinatown, the Flower Fair, the Chinese New Year 10K Run, the Miss Chinatown USA pageant and ending with the Lunar New Year parade.

“We can’t have the parade until a new Miss Chinatown USA is chosen,” said Beverly Lee, parade coordinator of the Chinese Chamber of Commerce. “We had some scheduling conflicts so we had to push the parade back a week.”

The history of beauties and legends such as the Moon Goddess have been part of Chinese literature, dating over 4,000 years ago. It wasn’t until 1953 that San Francisco’s Chinese Chamber of Commerce decided to incorporate the “Miss Chinatown” pageant into the Lunar New Year festival.

Fifth in the cycle, 2012 is the Year of the Dragon, a symbol representing power and authority. At the end of the parade each year, there is a 250-foot long dragon known as “Gum Lung” or Golden Dragon.

“The Chinese regard the dragon as a symbol of power, like an emperor,” said Phil Liu, a parade attendee. “That’s why there is a long dragon at the end of the parade.”

There were many first-time attendees this year as well.

“I was just waiting for someone and got caught up,” said Cami Hernandez, San Francisco resident and first-time attendee. “I enjoy learning about different cultures though. Maybe I can gain some karma points for participating in another culture’s celebration.” 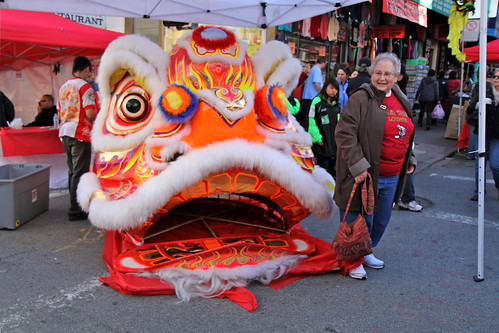 Elaine Cotton of San Jose, poses so her family can take her picture with the grand finale dragon for the Chinese New Year parade Feb. 11, 2012. Photo by Tearsa Joy Hammock / Special to Xpress. 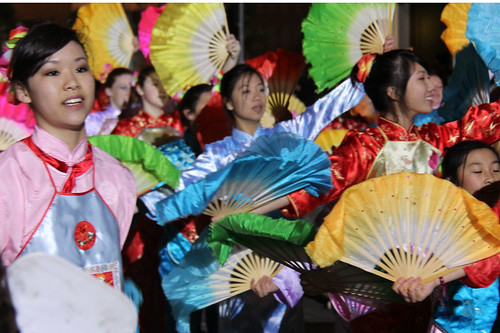 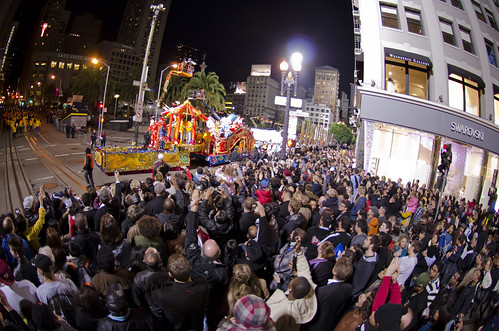 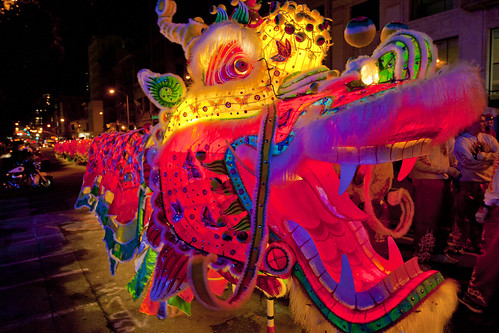 Parade attendees examine and photograph a Chinese dragon float before it heads out to finish the Southwest Airlines Chinese New Year Parade Feb. 11, 2012. This float was constructed and sponsored by Thunder Valley Casino Resort. Photo by Jeff Sandstoe / Special to Xpress. 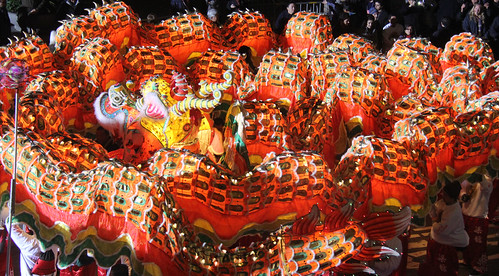