The shock of being told you don’t have the prerequisites for a crucial class is a feeling many students are familiar with. For Dylan Phillipy, a kinesiology senior, missing prerequisites meant losing his financial aid. Consequently, Phillipy may not be able to attend SF State at all this semester. 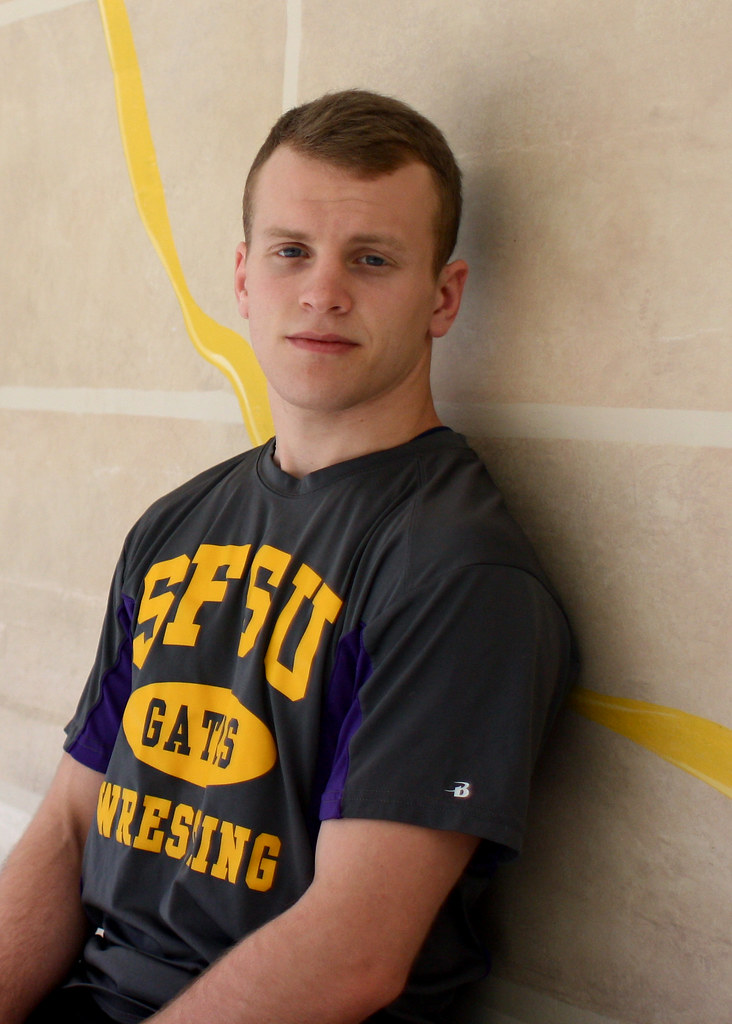 SF State student Dylan Phillipy, a kinesiology senior and wrestler, is one of the many students unable to register for required upper division kinesiology classes due to missing prerequisites. The department's recent reinforcement of prerequisites has cost Phillipy financial aid and graduation this Spring. Photo by Gabriella Gamboa / Xpress.

“If I fall below 12 units I won’t be able to wrestle, my financial aid won’t come through and I’m at a loss about what to do,” Phillipy said.

Phillipy is missing his required Graduation Assessment Writing Requirement, or GWAR class, prohibiting him from taking some of his required upper division kinesiology classes.

“Now I’m between a rock and a hard place,” Phillipy said.

Phillipy is one of many students affected by the recent enforcement of the GWAR prerequisite.

“GWAR has been required since Fall of 2011. The University dumped that requirement on us,” kinesiology department chair Dr. Mi-Sook Kim said. “And in Spring 2011 we started enforcing it.”

A misprint in the last SF State bulletin omitted the necessity of a GWAR class in the course descriptions.

“I did the entire program and submitted it and they changed it,” Kim said. “Last semester we had to let some students in, but now they’re officially enforcing it because it’s all in the book.”

Kim has fielded hundreds of daily emails from students pleading to keep their classes. According to Kim, there were many factors other than the bulletin misprint that impact the limited availability of kinesiology specific GWAR classes, but it all boiled down to limited classroom space. As a result, the department did not initially bar students from requisite upper division classes.

“Yes, we’ve been lax. In the past, if students came to us and challenged us, as long as they have adequate prerequisite we let them take the class,” Kim said. “Now we can’t do that because we have too many students taking classes and they never graduate because they’re missing their GWAR.”

Michelle Friscia, a kinesiology senior, met with a counselor specific to her focus within the major to ensure that she had all of her prerequisites before choosing classes.
“We’ve always been told that (GWAR) is mandatory for all the (upper division) classes. It is a prerequisite, but this semester they’ve definitely locked down on it,” Friscia said. “If you’re missing requirements for a class, even if you’re already enrolled, they’ll drop you.”

According to kinesiology counselor Dr. Allen Abraham, the problem is deeper than a bulletin misprint or prerequisite misunderstandings. The issue is a deficit of department resources against the tide of an increasing number of kinesiology students.

“We have 11 full-time faculty members for 1,300 declared kinesiology students,” Abraham said. “The major is not officially impacted, but it soon will be.”

“We need bigger classes, but there are regulations we have to follow,” Kim said.

“We had loaned ourselves some money to plug some holes, in terms of the curriculum, so some money went to paying those off. The rest of it was a commitment to relieve some pressure points in the curriculum,” Wong said. “We didn’t have enough money to offer enough sections to allow kinesiology majors to move through. Unfortunately we couldn’t do it ex post facto for students who got caught up in that. That meant hiring more faculty and offering some more course sections.”

Kinesiology department resources can currently accommodate only 600 students. The University administration is working with several department heads of many major programs to ensure the availability of university resources like classrooms, money to hire faculty members, access to online prerequisite classes and even offering Saturday classes.

Kim says that despite all the trouble kinesiology students have gone through, that the department has their best interests at heart and are doing all that they can to improve the situation.

“The students are like our children and I love our children,” Kim said. “We just have too many and our house is too small.”