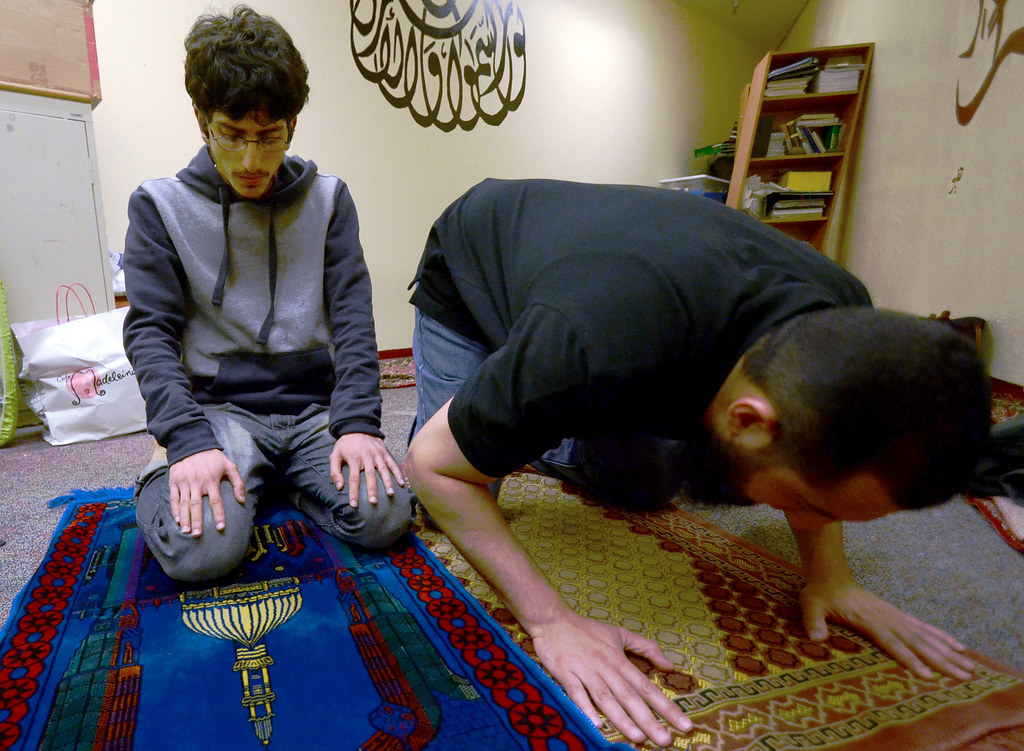 Soon after the bombing of the Boston marathon, the world saw gruesome photos of the bombing victims with blast wounds, melted clothing and lost limbs. People wanted to know what happened and who was responsible.

When SF State student and biology major, Yaman Ahmen, 24, and member of the Muslim Student Association at SF State first heard about the bombing he thought one thing: “I hope it’s not a Muslim or someone claiming to be a part of an Islamic organization.”

Many Muslims in the SF State community braced themselves, fearing that conclusions would be drawn. They followed the unfolding investigation with anticipation, hoping that the bombers wouldn’t turn out to be Muslim.

“When bombings happen, like in Boston, it’s always assumed to be Muslims or Arabs,” said Rabab Abdulhadi, SF State associate professor of ethnic studies. “When the Oklahoma City bombing happened nobody was looking for Christians.”

Abdulhadi and many Muslims on campus blame the media for fueling the terrorist stereotype by popularizing terms like “radical Islam” and “jihadist” to describe violent terrorists. These labels can cause uninformed people to lump a very small number of violent people with the one and a half billion Muslims in the world.

“The media defines all Muslims as radicals,” said Muslim Shafah Arsala, a 20-year-old business administration major.“There is nothing in our religion that condones violence.”

David Fischer, an international relations professor at SF State, said that terrorism is not only limited to Muslim people.

“Terrorists are found in all religious communities,”  said Fischer, who teaches a course here on terrorism. “They’re found in the Christian community and the Jewish community.”

Fischer estimated that about “20 to 30 percent of the general population has fundamentally racist views toward Muslims.”

Abdulhadi, senior scholar of the Arab and Muslim Ethnicities and Diasporas Initiative here, said that since 9/11 she’s been stopped on many flights to and from Palestine and questioned by security, and that her bags always have the tag that says they’ve been randomly selected to be searched. People confuse her name. Some even laugh the first time they hear it.

It didn’t help squash the Muslim terrorist stereotype when the Boston marathon bombers were identified by law enforcement as self-radicalized Islamists.

“The minute they catch the two guys, all of a sudden, everything falls neatly in place,” Abdulhadi said, adding that everybody then acts like “it’s natural; of course it’s going to be Muslims.”

The suspects were brothers Tamerlan Tsarnaev, 26, and, Dzhokhar Tsarnaev, 19. Both are Chechen, born either in Kyrgyzstan or Dagestan, predominately Muslim regions. Dzhokhar is  thought to have been influenced by his older brother’s increasingly radical views.

Tamerlan was killed during a police car chase and shootout. The younger Tsarnaev was captured after suffering multiple gunshot wounds and is being charged with using a weapon of mass destruction.

Most Islamists aren’t violent. In 2012, just 12 Muslim-Americans were indicted in terrorist plots, with only one that resulted in violence, according to FBI and Homeland Security data reported in University of North Carolina study by Charles Kurzman, professor of sociology. That’s 12 out of roughly 2.6 million Muslims living in the U.S., according to a study of the Pew Research Center.

Only a small minority of Islamists believe that the use of violence is necessary whenever Islam is threatened and that all Muslims have a responsibility to attack, according to Fischer.

“The use (of) violence separates them from the 99 percent of Muslims,” he said.

Fischer doesn’t like to use “radical Islam,” preferring political Muslim or Islamist instead, as it helps better identify those pushing for a political form of Islam.

Islamists want a theocratic system, a form of government guided by the divine and ruled by religious leaders.

“They want to create here on earth a form of political rule based on the word of God spoken in the Quran,” Fischer said.

Longtime criminal justice professor Daniel Vencill said the Islamic views are hard for mainstream westerners to understand, which adds to the negative stereotypes of Muslims.

“The Sharia law — we’re scared to death of it,” Vencill said, referring to the strict moral code outlined in the Quran followed by devout Muslims. “Most westerners hate Sharia law, they don’t like the misogynistic culture and the maltreatment of women. It’s so anti-western.”

But none of the stereotypes present the whole picture, far from it. Most people don’t understand Muslims because they lack the information.

“The information they do have,” Vencill said, “is legend, myth, misapprehension— propaganda that people have unwittingly been fed and absorbed.”

Some people doubt whether Islam or if any terrorist influence played any real role in the bombers’ motives, suggesting that they were just alienated kids.

“The Boston bombers were just pissed off kids who suddenly had access to an idea that would glorify their actions,” Fischer said. “The young kid, I probably know more about Islam than he does.”

The New York Times did a profile of Tamerlan Tsarnaev April 27 that  suggested his devotion to Islam increased, but “only after his more secular dreams were dashed.” The Times was referring to when Tamerlan quit boxing apparently over the frustration of no longer being able to compete in Golden Gloves tournament because of his immigration status.

Whatever the reasons the suspects had for bombing the marathon, you can be sure on one thing, agreed Fischer and Vencill: we will absolutely see more bombings like what happened in Boston happening in major cities across the nation.

While terrorists who pursue violence in the name of Islam are a small minority of  Muslims, it only takes a small number of people to inflict serious violence.  As the potential for more attacks increases, so does the potential for misinformation to spread, adding to the terrorist stereotype of the Muslim people.

Terrorists around the world are going to say “look at what two (young people) did in a big American hub city with just $500 worth of fireworks and crockpots,” Vencill said. “They shut down an entire city for five days and terrorized the entire population. For almost no money they got in every newspaper in the world. In every other part of the world they’re going to say ‘Good lord look at what you can do.’ Talk about a force multiplier, talk about asymmetric warfare.”