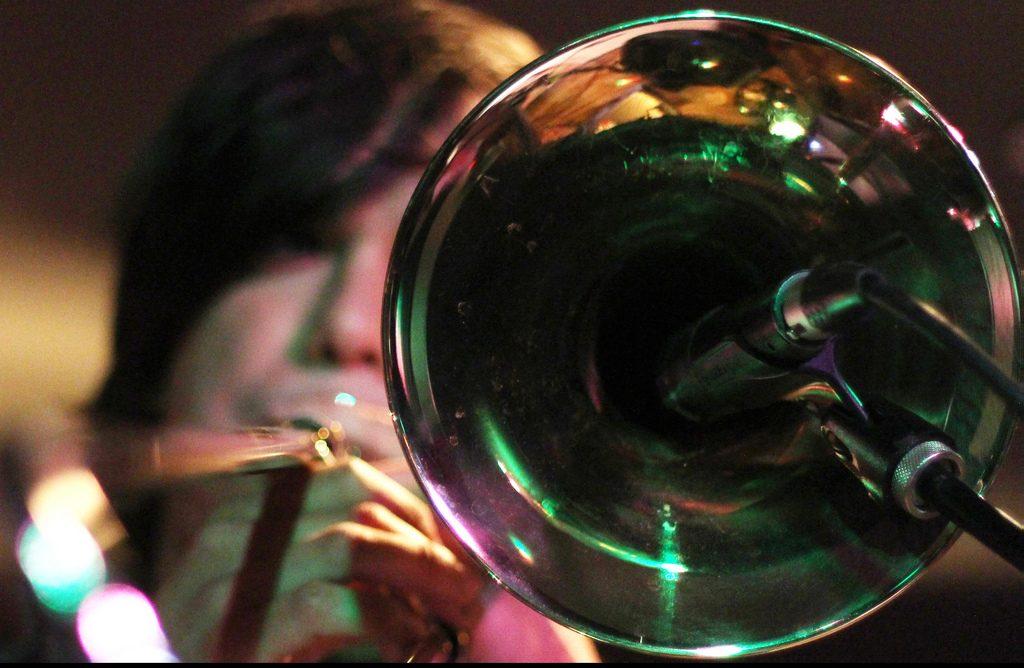 While some bands use their shows to earn money for their own future endeavors, others choose a different path: one of charity. Recently, a trend has risen where bands connect with humanitarian groups to fundraise money, food or other goods to donate.

Of these newer humanitarian acts is The Stone Foxes, composed of four SF State alumni, who now host food drives at all of their shows. Shannon Koehler, a 25-year-old broadcast and electronic communication arts alumnus and drummer/vocalist of The Stone Foxes, was a large contributor to the band’s idea.

After moving to San Francisco from a small rural town, Koehler found himself overwhelmed by the amount of homelessness in his new city, where he has found further lyrical inspiration.

“One of the first things that you notice coming into San Francisco is homelessness and how prevalent it is — and we had never seen anything like that,” Koehler said.

Social justice issues, among those being homelessness, frequent the lyrics of many of the band’s songs. One of their songs, titled “Goodnight Moon,” off their new record “Small Fires,” was written about a homeless man living on the streets of San Francisco.

“The song was about just making sure that you don’t get so desensitized. I think it’s very easy for folks walking around town to just pass somebody by, even though they’re talking to them. Everybody has an identity and everybody deserves to be treated like a human and not just some person over here that you can just walk past,” Koehler said.

The Stone Foxes partnered up with San Diego-based company SuperFood Drive — with the help of facilitator Effect Partners — shortly after writing their new record to make their social justice dreams a reality. Fans can bring food to shows or donate online through the The Stone Foxes’ SuperFood Drive website if they can’t make it to the venue but want to make a difference.

SuperFood Drive focuses on healing hunger, but with healthy foods. Donators can download a pre-approved grocery list of healthy foods that can be donated such as peanut butter, beans, lentils and whole grain pastas. With this, SuperFood Drive aims to bring nutrient-dense food to people in need of real nourishment, rather than supplying them with “filler foods.”

Hunger isn’t the only social justice issue noticed by bands — The Pull, a local band with six SF State students — and one non-student — has recently partnered up with humanitarian collective, Eyes on Arizona Collective.

Eyes on Arizona is an immigrant advocacy and community empowerment organization started out of SF State Professor Jason Ferreira’s ethnic studies class as a response to Arizona’s controversial 2010 immigration laws. The organization, not affiliated with the University, joins efforts with other organizations to funnel resources to the United States-Mexican border.

“Their eyes are on Arizona, but their hands are in the Bay Area,” said Ignacio Palmieri, executive community member and fundraiser coordinator. “Any time there is an exchange or some time of move(ment) of solidarity, it’s recognizing one another and it builds more connection and cohesion within the community.”

Earlier this month, The Pull played a show at Balancoire in the Mission district where 25 percent of the proceeds went to help the collective.

The Stone Foxes will be playing a free show at Lagunitas Brewing Company on June 3 and encourage everyone to bring food to donate.

“Any time there’s a Stone Foxes show, we want our fans to know they can always bring food. No matter where it is, what it is — we’ll always take it and we’ll make sure that it goes to a great place,” Koehler said.

Whether the issue is hunger relief, immigration laws or any other social justice case, bands and organizations are teaming up frequently now to make the world a better place. Students are taking notice and applauding their efforts.

“For me, bands that give back to the community are ones that truly care about where they’re from,” Dylan Andersen, an English education major, said. “As a music fan, I really appreciate that kind of effort.”