Interim athletic director takes over in wake of turmoil 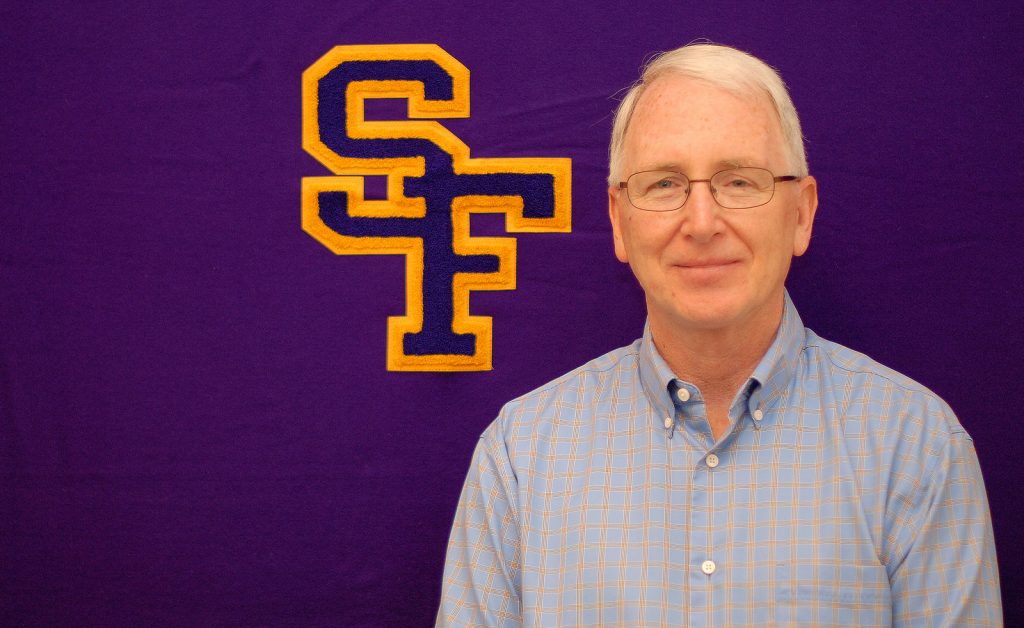 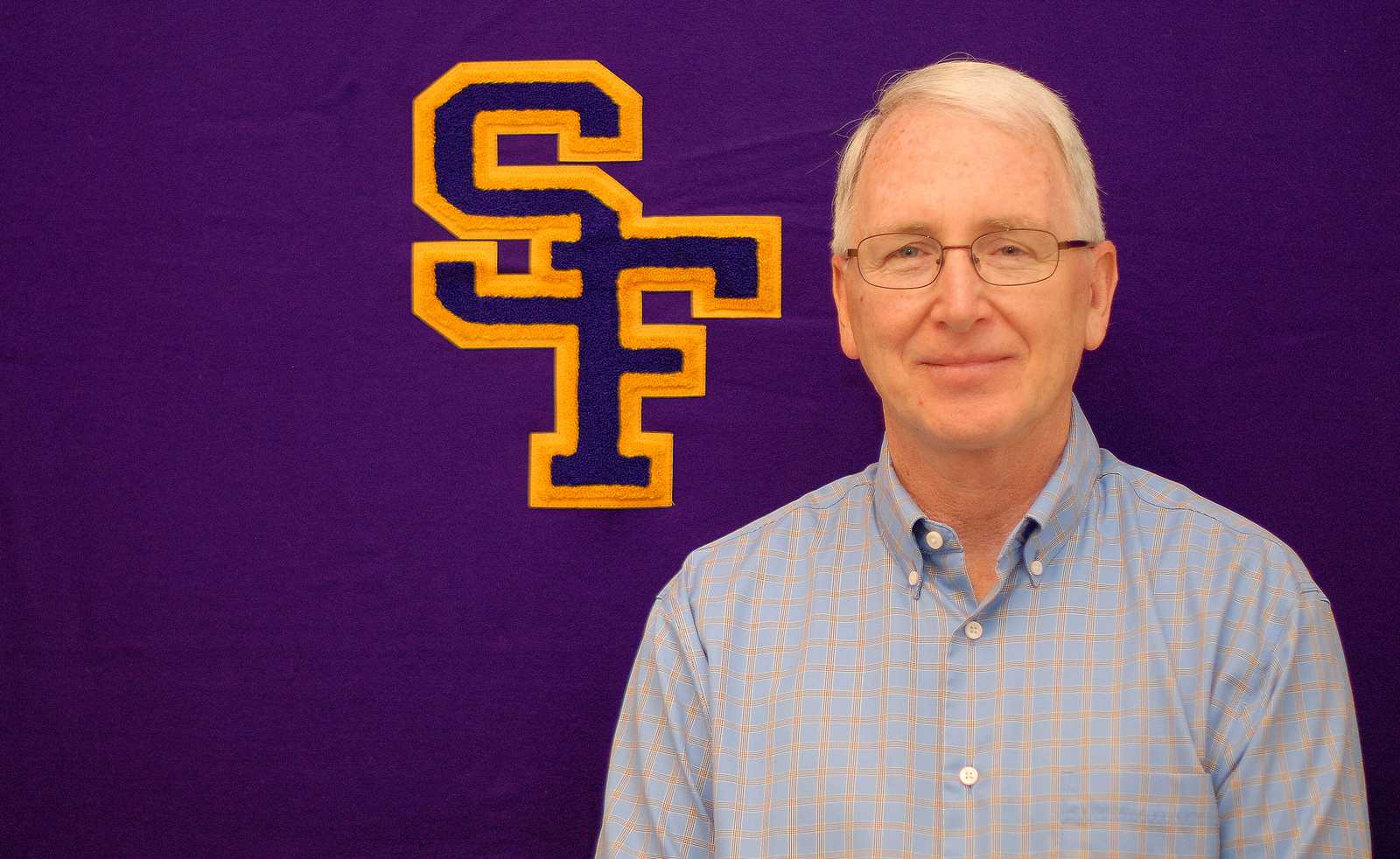 After 28 years as an SF State official, Athletic Director Michael J. Simpson’s retirement came near a month after controversy arose in the athletic department.

“(Simpson’s) decision to retire was in the best interest of the athletic program, the institution,” said President Leslie E. Wong. “Sometimes good people, like (Simpson), understand that sometimes you need to step aside and let new thinking, new everything move forward.”

President Wong said Simpson’s retirement was not related to an early summer incident surrounding the publicized murder charges and trial of a star athlete.

Decensae White, an SF State men’s basketball player, was taken into custody by U.S. Marshals last April. He was extradited to Fulton County, Ga. to appear in court in late May and is facing charges for involvement in the murder of rapper Lil Phat, whose real name is Melvin Vernell III. News of White’s charges went public in late May.

Nepfel said White, who is not a scholarship athlete, came to SF State in late August 2012. He transferred from Division I Texas Tech and started all 28 games on SF State’s men’s basketball team in the 2012-2013 season, averaging 31.7 minutes of playing time and 12.5 points per game, the highest on the team. He drew attention from ESPN late in the season with a three-quarters’ court buzzer beater to beat Cal Poly Pomona, which was ranked No. 4 at the time.

White’s case was a “unique situation,” according to Nepfel. He said, however, there was nothing the University could have done to prevent it.

“I can’t think of anything we didn’t do or that we could have done differently for him,” said Nepfel. “Decensae was not heavily recruited. He came to us in very late August. He was not a scholarship athlete. I think you attempt to do due diligence. Normally, a student athlete’s not going to come in and say, ‘I have this on my plate. I have that on my plate.'”

Nepfel said the volume of student athletes is high and screening them all is difficult.

“I just got off the phone with a potential kid,” Nepfel said. “I’d never even heard her name. She’s probably going to come here in the fall. We don’t know much about her. She’s admitted to the University. She’s allowed to come and it’s a very similar case with Decensae.”

Nepfel looks to create a seamless transition between him and SF State’s new athletic director amid a controversy in the athletic department and a harsh budget climate.

“The two areas I’m looking to do is help our coaches and athletes have the best experience they can this year,” Nepfel said. “The second thing is try to maybe take some steps internally to prepare the department for when the new (athletic director) comes in.”

President Wong believes Nepfel will be an important piece in the athletic director transition.

“(Nepfel) brings a lot of experience both in sports administration as well as being a head coach,” Wong said.

In light of Simpson’s retirement, President Wong hopes to keep the now former athletic director in the fold to aid the athletic department and the University.

Simpson, who served SF State for 28 years, 16 of which as athletic director, was “instrumental” in collaborating one of the athletic department’s largest fundraisers, said women’s soccer Head Coach Jack Hyde.

“When he came on board; we had to do a lot more fundraising,” Hyde said. “Established comics would come and perform at McKenna Theatre for a couple of nights. He brought up some big names: Harvey Korman, Tim Conway, etcetera. That was good.”

Nepfel said the last Comedy Night fundraiser in 2010 raised more than $50,000. Some of the headliners throughout the fundraiser’s existence have been Rich Little, Tommy Smothers, Will Durst, Ronnie Schell, Phyllis Diller, Pat Morita (aka Mr. Miyagi), Don Knotts and Fred Willard.

Simpson has been active in edifying President Wong, who is in the second year of his presidency at SF State, in the nuances of SF State Athletics.

“We’ve worked closely together on rejuvenating everyone’s attitude — particularly the student athletes, the coaches,” Wong said. “He’s been helpful in helping me understand the CCAA much better. He’s been terrific.”

“One of our largest gifts last year came from an ex-coach, ex-faculty member so we need, as we’re doing across the University, to reconnect to alums and our supporters,” President Wong said. “Hopefully, Mike will be a part of that.”

In a Golden Gate Xpress article last September, President Wong said that athletics “generates electricity” on campus and among alumni when successful. A byproduct of that excitement is money.

“I think we are opening up a lot of connections to businesses and the private sector here in San Francisco,” Wong said. “They’ve voiced a very big interest in point of advertisement, marketing and supporting Gator athletics.”

“The new athletic director is going to have some great opportunities because I think as the University transitions quickly to a residential campus, there’s a lot of student support for athletics,” President Wong said. “The whole role of athletics in a whole different student-life context is becoming much more important.”

The University will begin a national search for a permanent athletic director during Nepfel’s tenure.