Five things to know about Greek life at SF State 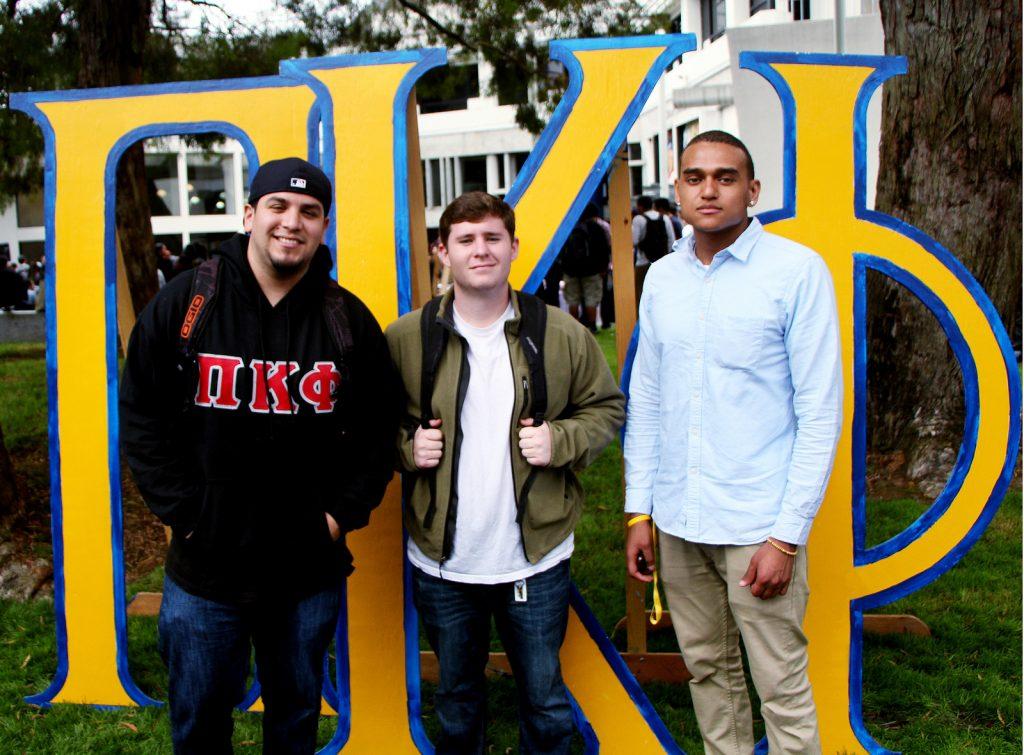 One of the most common ways for college students to get involved in school activities and make new friends is to join a fraternity or sorority. The idea of joining a sorority or fraternity conjures images of underage drinking, toga parties and bad behavior, but there are other positive aspects to Greek life such as community service and school spirit.

The Greek community has been a part of SF State since 1928, but differs significantly from Greek life at other colleges, especially with the absence of chapter houses.
“We are such a commuter school,” said David Zhu, member of Phi Kappa Tau and community relations chair for the Student Center Governing Board. “Everyone comes from across the Bay, sometimes even from as far as San Jose. So the sense of community isn’t as strong as other schools.”
Despite this key difference, Greek life is still an exceptionally prominent part of student life at SF State.
Listed below are the top five things you should know about Greek life at SF State.
National vs. Local
There are two types of sororities and fraternities at SF State. National groups have a headquarters, national council and chapters spread across the country.  Local organizations do not have a national headquarters and are run by local chapters. They’re smaller, but have lower fees and manage their own budgets, activities and charities themselves. Local organizations, like Delta Kappa Sigma, have low fees such as $175 per semester, while nationals have average fees of $500 – $800, according to the Center for Sorority and Fraternity Life at Washington State University.
Community Service
Community service and philanthropy are also major components to Greek life. The Phi Kappa Tau fraternity partners with the Alpha Gamma Delta sorority to get their service hours in by volunteering at Blackies Hay Day Carnival event and the March of Dimes Parade along the Embarcadero every year, said Phi Kappa Tau member Alex Helman.
Networking Opportunities
Another perk of being in a fraternity or sorority is the endless networking opportunities. Students in fraternities and sororities develop connections with peers that can last beyond their college years; your brother or sister could be the one to put you up for a dream job.
Good Academic Standing
Being a part of the Greek community at SF State comes with academic requirements; some organizations have GPA minimums that often comply with or are above the school requirements. To motivate members to keep their grades up, Greek organizations sometimes enforce a restricted membership status to help them focus on studies rather than social activities. A lot of organizations have study hours to help members balance school and Greek life.
Housing
Greek life at SF State lacks one element: housing. Most other campuses boast stately mansions with big, bold Greek letters on the front door, but a walk down Font Blvd. lacks such images. Despite this fact, many members of the Greek community group up and move into their own rented houses or apartments — without the letters.
Delete Image
Align Left
Align Center
Align Right
Align Left
Align Center
Delete Heading