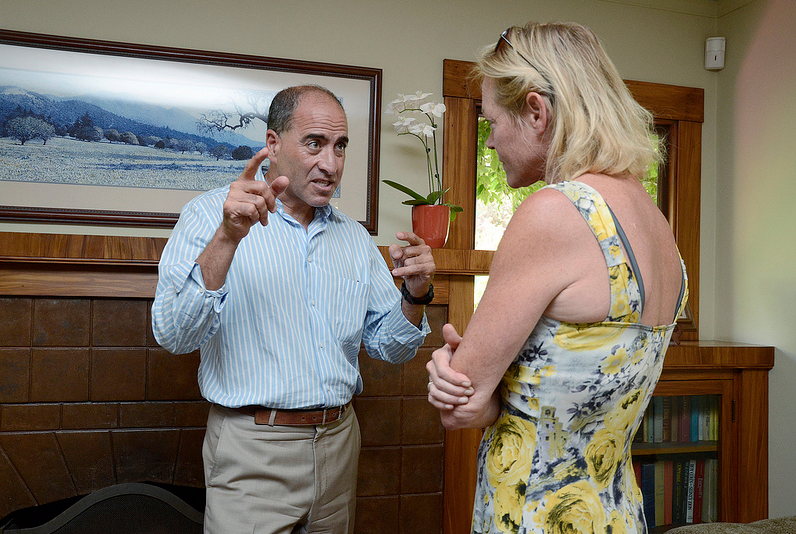 SF State professor Joe Tuman announced last July his plan to run for Oakland city mayor for the second time in the 2014 election.

His second bid for mayor comes at a time of high crime rates in Oakland. Many consider the police department to be understaffed and overwhelmed, creating what Tuman describes as a lack of safety for the city’s residents. Tuman runs on a platform focused on public safety and promoting health and wellness.

“Crime is the dominant narrative of the city,” said Tuman. “Violence itself is like a disease and I feel I can make a difference there.”

Tuman said his experience in arbitration, labor issues and running a large educational department gives him the needed experience to lower Oakland’s crime rate and promote the health and well-being of citizens throughout the city.

Tuman began his career at SF State in 1987, teaching political and legal communication and now serves as the communication studies department chair. He has published numerous books and occasionally provides political analysis for CBS5 news and KCBS radio.

“You are constantly putting out fires as a (department) chair,” he said. “So I have management experience coming in, but I am not naive about the fact that I can’t fix everything in Oakland. I will surround myself with a smart council and know when to listen to them.”

An Oakland resident for almost 30 years, Tuman said his approach to increase public safety would be different from that of past officials.

Recognizing many of the deep-seated problems, Tuman said he would educate children on crime to stop problems from ever beginning.

“Schools are a great place for inoculating ideas,” said Tuman. “We teach kids about safe sex, avoiding drugs and alcohol, but not about avoiding violence.”

Some SF State students like 23-year-old criminal justice major Junior Tabi said he thinks the professor should take a different approach in his bid for mayor.

“The community of Oakland trusts no one,” Tabi said. “It’s going to be very difficult for him to win the trust of the people. For him to change that should be his first priority or the programs in schools and such will be ineffective.”

Tuman said he would also bring his love of health and fitness to the office and he would fight to increase access to healthy foods for all residents.

Yukawa said Tuman would be misguided if he doesn’t first focus on educating Oakland’s poor on nutrition and exercise before installing new grocery stores.

“If there is no education on how to eat healthily and on which foods are the most nutritious, the installation of these new grocery stores isn’t going to be effective,” Yukawa said. “People will go to them, yes, but they will buy the same junk that they were buying at the corner liquor stores.”

If elected mayor, Tuman said he would hope to take a leave of absence from the University and return when his term was complete.