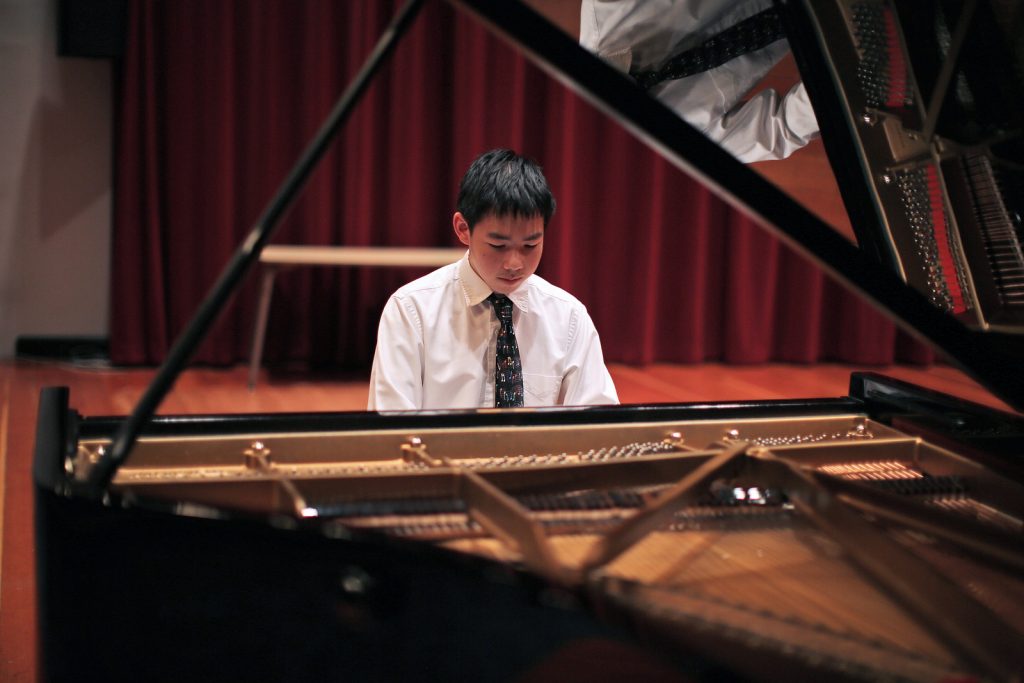 The crowd fell silent and gazed toward center stage as the pianist, Alex Chien, sat at the black grand piano. His fingers tapped the black and white keys and his head followed the melody of Franz Liszt’s “Rhapsodie Espagnole.”

At the end of his performance, he rose and thanked the clapping audience, including his dad who stood in the back of the theatre filming. The pianist, decked in a black tie decorated with a pattern of multicolored notes, took a bow with a grin on his face.

“It’s an interesting feeling when you win. It kind of doesn’t hit you at first,” said Chien. “You just kind of hear your name being called,  and then afterwards you start thinking, ‘Well, they really liked me.'”

Chien, 15, was one of two who performed Friday, Sept. 6 in the Creative Art’s Knuth Hall for the “Winners of the 31st Annual San Francisco Young Pianists Competition” showcase. The concert allowed the winners from the June 16 competition to share their talents with the SF State community. 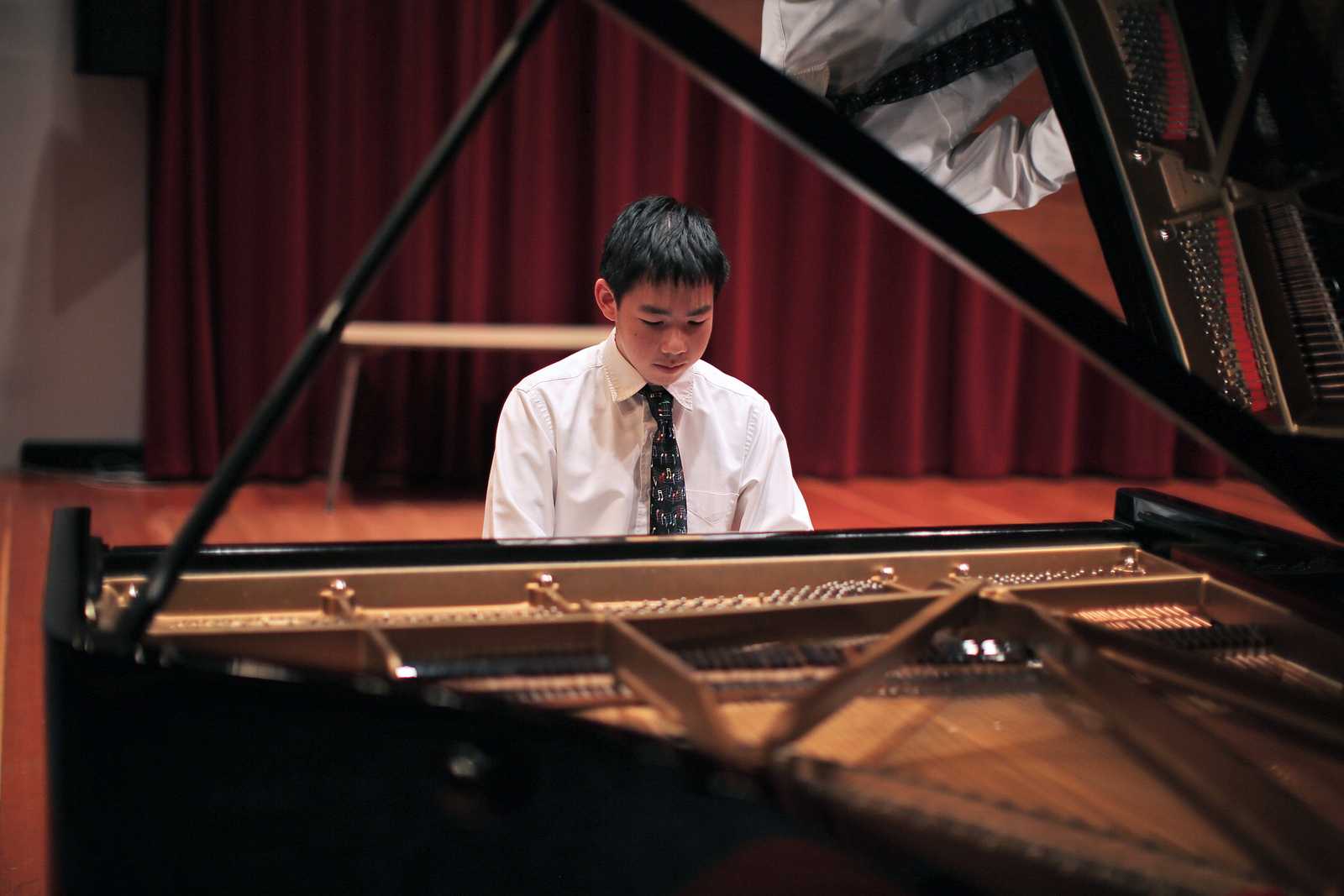 Alex Chien, one of the winners of the San Francisco Young Pianist Competition, warms up before a performance in Knuth Hall on Sept 6. Photo by John Ornelas / Xpress

The summer competition, which took place in Knuth Hall, was presented by SF State School of Music and Dance and Victoria Neve, adviser and professor of piano performance.

Neve founded the competition 31 years ago and has hosted it at SF State ever since.

“The word is out that this competition is at a very high level, so it is rare to receive an application from someone who hasn’t been studying piano very seriously for many years,” Neve said. “I’ve been at the competition every one of those years and feel the contestant’s just get better and better every year.”

The annual contest is open to anyone ages 15 to 25. According to Neve, there is an annual average of 20 contestants in the preliminary round and around six to eight who make it to the finals. Contestants must present three pieces from various style periods from the standard solo repertoire and all their pieces must be memorized.

“I practice three to four hours on a school day, but honestly even then the pieces I’m playing with the length and the degree is not necessarily enough time,” said Chien, student of Bellarmine College Preparatory School in San Jose. “With these two pieces I played today I’ve been practicing for four hours a day and I can barely get through one of them.”

In June, Chien performed Liszt’s “Rhapsodie Espagnole” and won The Keyboard Educators Prize of $750, given by the Keyboard Educators, Inc. Catherine Xu, 17, won The Piano Technicians Guild Prize for $600, given by the SF Chapter of the Piano Technicians Guild and Jeremiah Trujillo, 21, won The Special Prize of $300 for the Interpretation of a Romantic Work, given by Professor Anita Silvers in memory of her mother, Sarah Silvers.

Silvers’ mother was the first in her family to gain a college education, eventually becoming a high school French teacher. But her ultimate dream was to become a concert pianist.

“When she died, back in the 1980s, I wanted to do something for individuals like her, who might also be dreaming of being concert pianists,” Silvers said. “So I made this prize, which is very small, to honor them in a way my mom would have appreciated.”

Neve hopes that the pianists take this competition and showcase as a learning experience and continue to practice and present their musical craft with others.

“The classical piano world is very competitive, and even the most talented and hardworking need a little luck along the way, so I would advise them to also take advantage of good luck when it presents itself,” Neve said. “I would tell young pianists to keep working at that level and to take every opportunity they can to perform, share their music, and give this gift of music to the world.”

For more events hosted by the College of Liberal and Creative Arts check out their website.