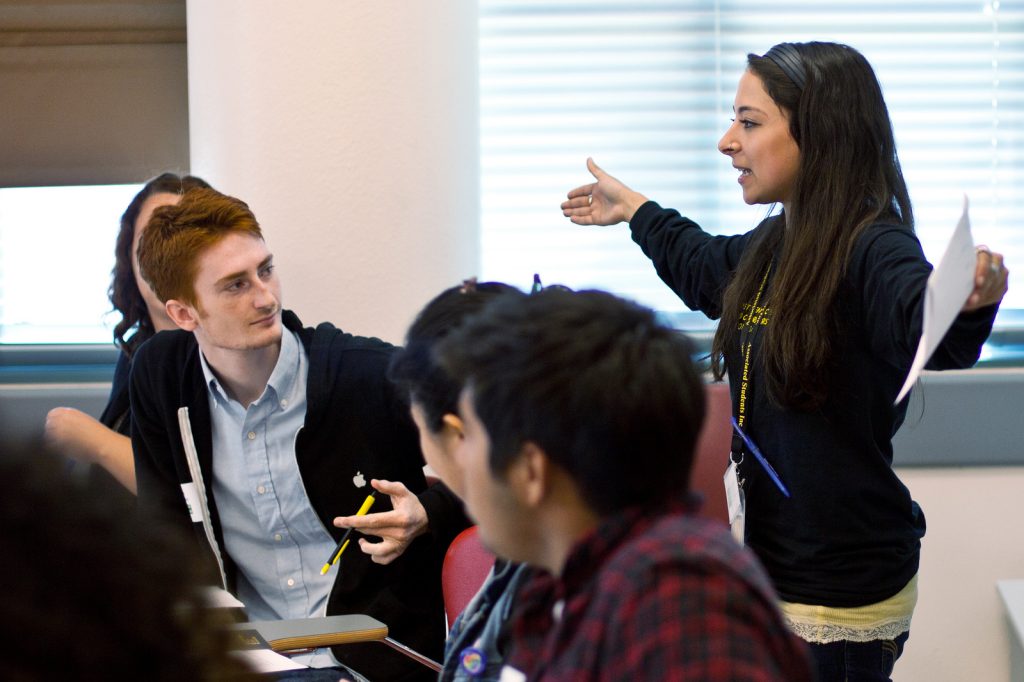 The event hosted by Student Involvement and Career Center, or SICC, requires organization leaders to attend the day’s workshops to be recognized as a University organization and consequently, gain access to special services such as tabling, room rentals and funds.

The conference style event was attended by nearly 700 student leaders from campus clubs, fraternities, sororities and student government. The event began with an alumni speech and was followed by more than 20 different leadership workshops given by faculty and fellow students.

“I hope students take away new knowledge about themselves and the SF State community,” said Sarah Bauer, the director of SICC. “More importantly, I hope students make a connection with a peer or a workshop facilitator that they didn’t know prior to the symposium,” she said.

The event began at 8:45 a.m. with students lined up outside of McKenna Theater waiting to check into the first event of the day, a presentation by keynote speaker and SF State Alumni, Yvonne Lembi-Detert, the president and CEO of Personality Hotels. Lembi-Detert explained how her SF State courses inspired her career to bring the idea of European style boutique hotels to San Francisco. In her advice to students she said, “Pound the pavement, there is a job out there for everyone.”

Following the keynote speaker, students broke out into workshops that took place throughout campus. A few of the workshops had mandatory attendance for organization’s campus-wide recognition.

“I’m just here getting in the requirements,” said Suri Samson, the treasurer for the Information Management Systems Association, who had come to attend the Student Leader Orientation, a required workshop.

Other students, however, took advantage of workshops that they felt would benefit their organizations.

Ana Acosta, a senior dietetics major and president of Alpha Pi Sigma Sorority Inc., said that her organization had trouble fundraising in the past and set out to attend a scholarship workshop to learn how to obtain ASI funding to aid her organization.

Mark Jaramilla, the meeting and events coordinator for the Cesar Chavez Student Center and participant in the Symposium since 2008, hosted a workshop entitled “How to Plan a Major Event in the Cesar Chavez Student Center.” The workshop walked students through the process of obtaining a meeting space to organizing a conference in the student center.

“We are here to provide opportunities for engagement with peers, when a student graduates they represent all of us, ” said Jaramilla.