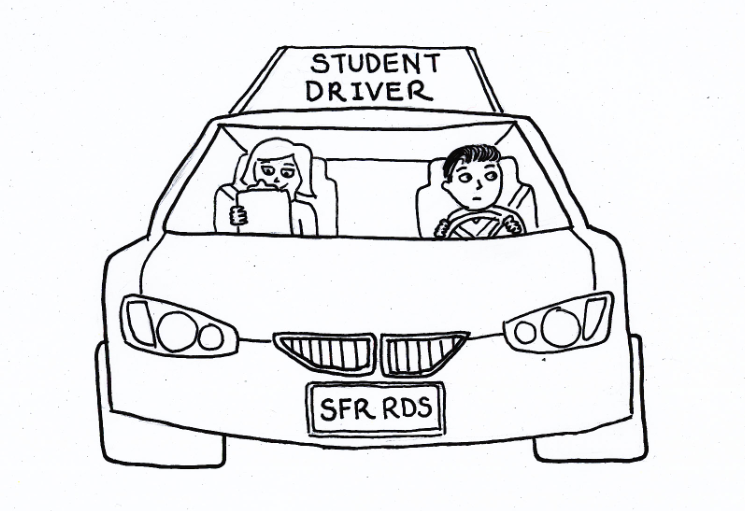 California will soon become the tenth state to offer driver’s licenses to undocumented immigrants. The bill, which Gov. Jerry Brown signaled he would sign, will enable an estimated 3.5 million non-citizens in California to become legally registered drivers with the state, and obtain liability insurance that would protect them and others in automobile accidents.

The mix of narrow and windy streets, limited parking, clogged traffic, and countless drivers urgently trying to make their way certainly does not help the situation. In a city where driving safety should be nothing but increased, opening an avenue for undocumented immigrants to legally drive will do nothing but help.

To get a drivers license, everyone has to go through written and physical tests that demonstrate their knowledge of basic vehicle safety. Allowing undocumented immigrants the ability to go through the same process will no doubt create safer drivers on the road, something San Francisco and the Bay Area as a whole should encourage.

With 65,000 undocumented students graduating high school each year, the passage of this bill certainly affects students at SF State. With 89 percent of SF State’s student population living off campus, according to CSUMentor, a high volume of those students are driving themselves to campus.

San Francisco is by no means the safest city to drive in the United States. A report in 2009 said 3,745 people were injured or killed in traffic collisions — taking the No. 1 slot for the highest in the country. For a city about seven miles long and wide, that’s about 79 people per square mile.

Critics of this bill would argue citizen’s taxes will be spent toward a service for non-citizens. What’s forgotten is that undocumented immigrants will drive with or without driver’s licenses and insurance. The only way accidents are decreased is if everyone on the road is properly trained and driving responsibly. Taxes spent on driver’s licenses for undocumented immigrants is a service toward citizens likewise.

The fact that auto insurance would be available to non-citizens after the passage of this bill is crucial. Being that a driving record is necessary to obtain auto insurance, allowing more people to obtain a driver’s license will allow more to have auto insurance. This means more liability and security for those who get in car accidents, which can be financially devastating.

There is no question that the passage of this bill will benefit drivers everywhere, including SF State students commuting to school. The extension of the legal process to millions of Californians will put more drivers on a safer path, and will do no less than create a more secure driving climate for everyone.