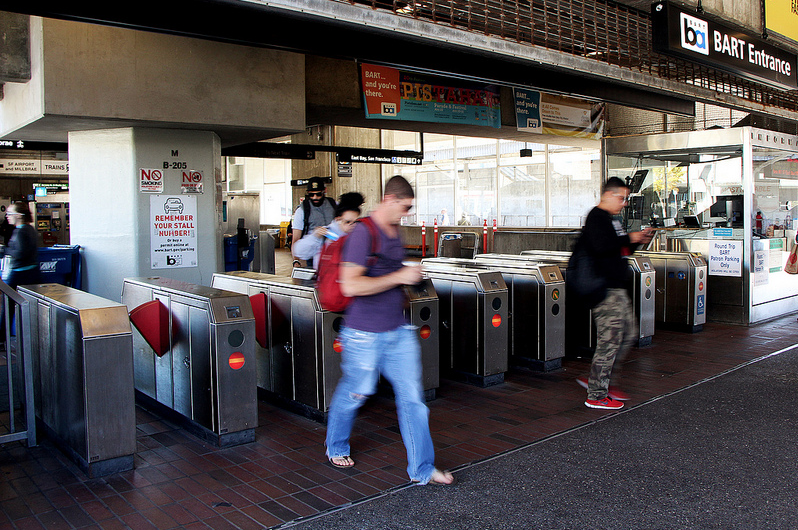 As labor talks continue between BART management and its unions, commuters across the Bay Area look for different ways to commute — and that includes SF State students like 24-year-old Danielle Hodge, biology major.

Hodge is one of more than 400,000 daily BART riders whose daily commute is threatened by the ongoing labor talks, as unions prepare to strike Friday morning if no agreement is reached.

With no compromise so far, the Bay Area braces for a traffic nightmare.

“I would have to drive here, that’s the only way (other than BART) I would be able to get to school. And that’s extremely inconvenient for me,” Hodge said.

SF State, however, has been preparing for this possibility since BART workers first went on strike in early July.

The University has set up a website offering options to students commuting from the East Bay including telecommuting options for students, faculty and staff, expanded parking at places like UA Stonestown Twin and shuttle options from Daly City BART.

“In the absence of BART there is going to be an impact while we can’t mirror one to one negating that impact we can look into exploring supplemental options,” said Corinne da Cunha, associate director of business continuity at SF State. “The fact that it exists is a reflection of the University’s commitment to the San Francisco State University community.”

BART management and their unions remain hopeful for a last minute compromise and last week some progress was made.

BART wants their unions to pay 1 percent of their salary toward their pensions increasing 1 percent a year to 4 percent at the fourth year.

Unions want a 15 percent increase in health care, they currently pay $92 for an entire family, while BART wants to limit family coverage.

BART workers average $60,000 a year plus benefits and a pension, but don’t qualify for Social Security benefits when they retire.

There have been other attempts to keep the trains moving as well, including a California Senate Bill which aims to force unions not to strike.

Other contingency plans include BART to triple the number of free charter buses between the East Bay and SF, and possibly offer limited train service through the Transbay Tunnel driven by managers who used to be train operators. Carpool lanes will also be enforced all day on 680 and 880 and 80 and trucks will possibly be allowed on 580 to ease congestion.

“If I was an industrious student and I was here on Monday and I had a midterm exam Tuesday, my strategy would be A: how can I stay on campus overnight, so can I study till 2 a.m., find someplace to sleep, take the exam, then go home,” SF State President Leslie E. Wong said.

Student, staff and faculty who commute are encouraged to visit SF State’s website for more information on transportation options during a strike.