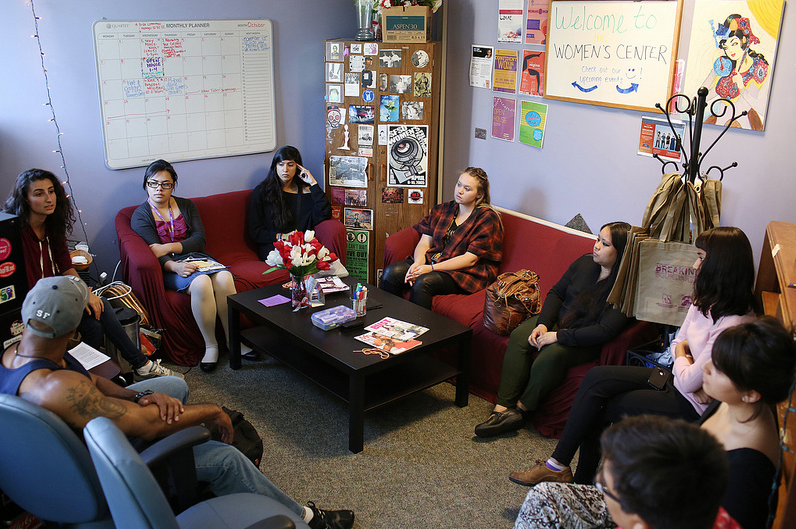 The Women’s Center is one of seven ASI programs that provide services and resources to students, funded by a mandatory student fee of $54 each semester. Jamila Ali, associate executive director of ASI said positions for center director, assistant director and office assistant were posted last spring on GATORjobs. They also posted fliers around the student center and the women’s studies department.

However, many of the applicants did not meet the requirements.

“We don’t want to hire someone just because they really need a job, they have to have experience as a community organizer, or have volunteered with the women’s center. We are looking for leaders,” Ali said.

The few qualified candidates had been reviewed by Ali and the student government board ASI representatives. Ali said this has been the most difficult semester to find staff.

The program traditionally hosts workshops and an annual women’s conference to educate the campus community on women-related issues. Despite the student staff’s late start to open the center, the newly hired group anticipates to maintain the center’s tradition of events.

“It does put a little pressure to get events planned quickly, but we’ve been partnering up with other ASI programs on events,” said Brooke Glasky, a cinema major and the new director of the Women’s Center.

Glasky, a junior cinema major, became interested in the Women’s Center last year when she worked as the director of the Vagina Monologues at SF State, a play that speaks against violence against women and girls, and a show that traditionally partners with the Women’s Center.

Glasky then became a volunteer at the center last semester.

Shani Winston a junior criminal justice major, also started out as a volunteer at the Women’s Center last year before being hired as the center’s assistant director.

“I would love to see more men here. Sometimes men shy away from women’s issues, but we need to try to reach out to everyone,” Winston said.

Glasky said most events will be in the spring semester, such as the third annual women’s conference, while smaller events will take place every week, including a weekly basketball game and open forum.

“We really want to find new people and expand our network,” Gallardo said.

The staff’s current goal is to get events planned for students, said Glasky.

The Women’s Center is located in the Cesar Chavez Student Center at T-116 and is open from 10 a.m. to 5 p.m. Monday through Friday.