“The Unmentionables” play brings together student and faculty talent 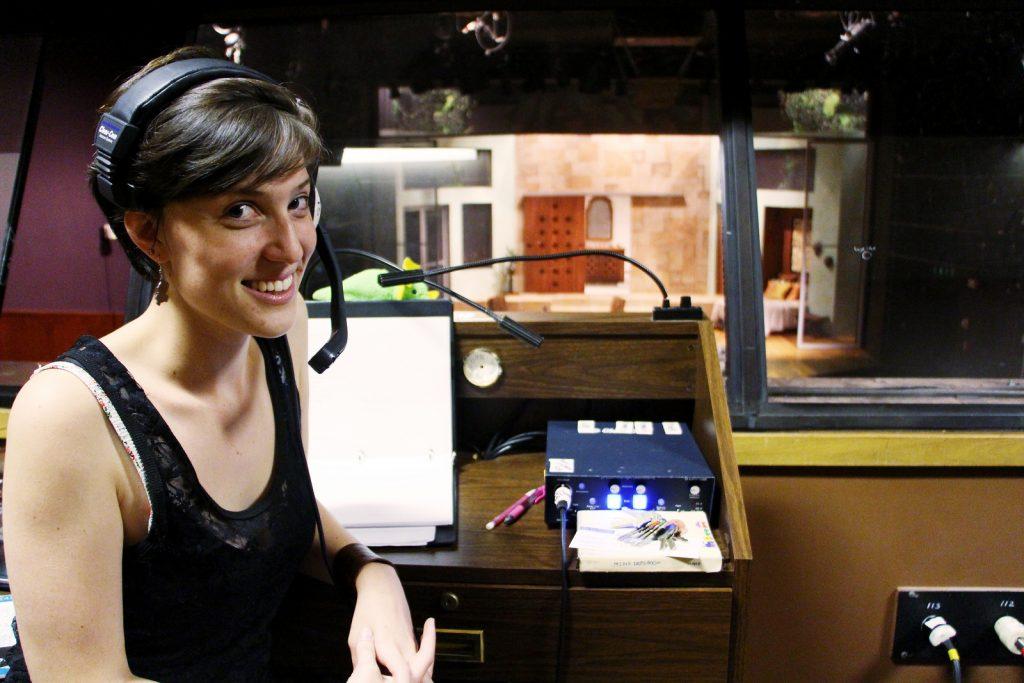 “Standby for intermission, light cue 28, house lights and sound cue intermission,” Maggie Manzano said. She whispered into her headset and communicated with the entire crew of “The Unmentionables” during their performance Sunday, Oct. 20, at the Little Theatre at SF State.

As soon as Manzano got confirmation that all actors were off the stage, she whispered again, “house lights, go,” and the theatre went dark.

“The Unmentionables,” a dark comedy play by Bruce Norris, takes place in present-day Africa. Through colonialism, the play tells a story about Americans who try to do good in a foreign land.

“It’s a comedy. That’s kinda the strange part,” said Manzano, the stage manager of the play. “You kinda just sit there at the end, laughing at these silly Americans who really think they are in the right, and it’s also a great reflection on our culture, and us invading other countries,” Manzano said.

The play was directed by Bill Peters, a professor in the department of theatre arts, and showcased SF State student talent from actors, set and costume designers, light and sound team, backstage help and stage managers.

Manzano, 20, a senior at SF State, took on the stage manager position for the show. She followed along with the script from behind the scenes, as the audience watched actors deliver their dialogues.

For “The Unmentionables,” Manzano was advised by the production manager, Natasha Laidlaw, to pair up with Peters and work on the play together.

“In her mind, she thought that I would work well with him (Peters), and we did, we worked really great together,” Manzano said.

A stage manager, of any particular play, coordinates the efforts of the various crew heads, such as costumes, sound and lights as well as oversee the work of her assistant stage managers who supervise all matters backstage.

“It’s been great getting to know the stage manager position and working with her (Manzano) and under her,” said Stephanie Stratman, the assistant stage manager for “The Unmentionables” and also a senior at the University. “I have a good mentor in that sense,” Stratman said.

Manzano developed an interest in theatre at the early age of eight when she signed up to be in a show at her local community theater called the Town Hall Theater Company, in Lafayette, Calif.

The first show Manzano stage managed was at SF State, called “Eurydice.” Once she completed her assistant management training, she was then able to work the stage manager position for this play.

“Maggie Manzano and her extremely talented and professional crew, is, in so many ways, directly responsible for the success of this production.” said Peters.

“The Unmentionables” runs again Friday, Saturday and ends Sunday, Oct. 27, at the Little Theatre in the Creative Arts Building at the University.