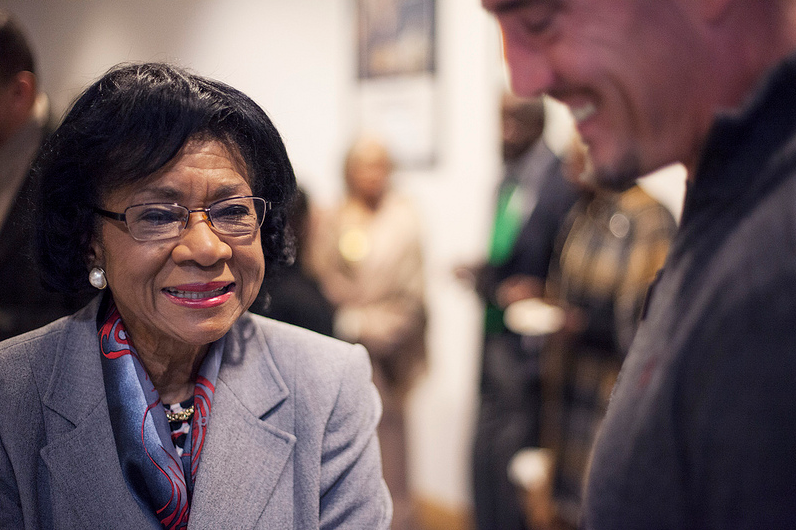 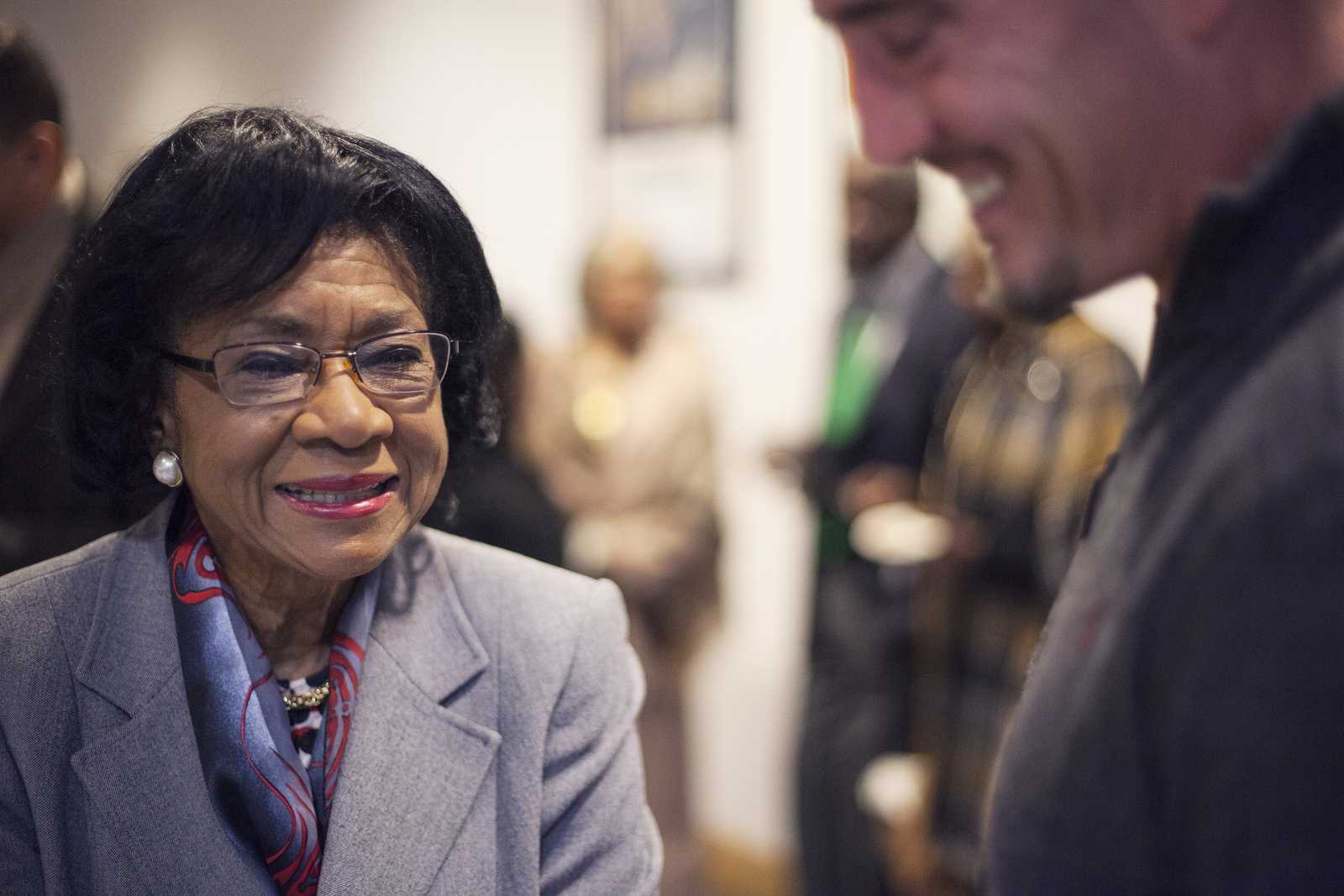 Belva Davis tells stories and reads passages from her new book, “Never in My Wildest Dreams,” at her book signing at SF state on Tuesday, Oct. 22. Davis, the first black woman hired as a television news reporter in the Western United States, just released her new book. Photo by Dariel Medina / Xpress

Belva Davis, a TV journalist who reported on SF State’s ethnic studies student riots, made a return to campus to present her new memoir chronicling a 50-year career in the Bay Area as the first black female TV journalist in the West.

Davis read from “Never In My Wildest Dreams” and spoke about her scholarship that aims break the barriers she overcame as a black female reporter.

“So (much) of what happened (racism, sexism, etc.) yesterday (has) legacies that I hoped would have been changed, but we seem to go around in some circle, and maybe that is the way life is,” said Davis. “The very things we heard then, we hear today.”

To combat this, the Bay Area of Black Journalists created the Belva Davis Scholarship in her honor nearly a year after Davis signed off for good. The scholarship presents the five student winner with $1000 each on Nov. 8.

“She paved the way for me. We need to learn about what she did and honor her,” said Angelica Ekeke, journalism major and scholarship applicant.

In 1951, Davis was accepted to SF State after graduating high school as the first in her family, but couldn’t afford to attend.

Years later, she visited SF State on-the-job to cover the 1968 student strike for the College of Ethnic Studies that shut down the campus and made national headlines.