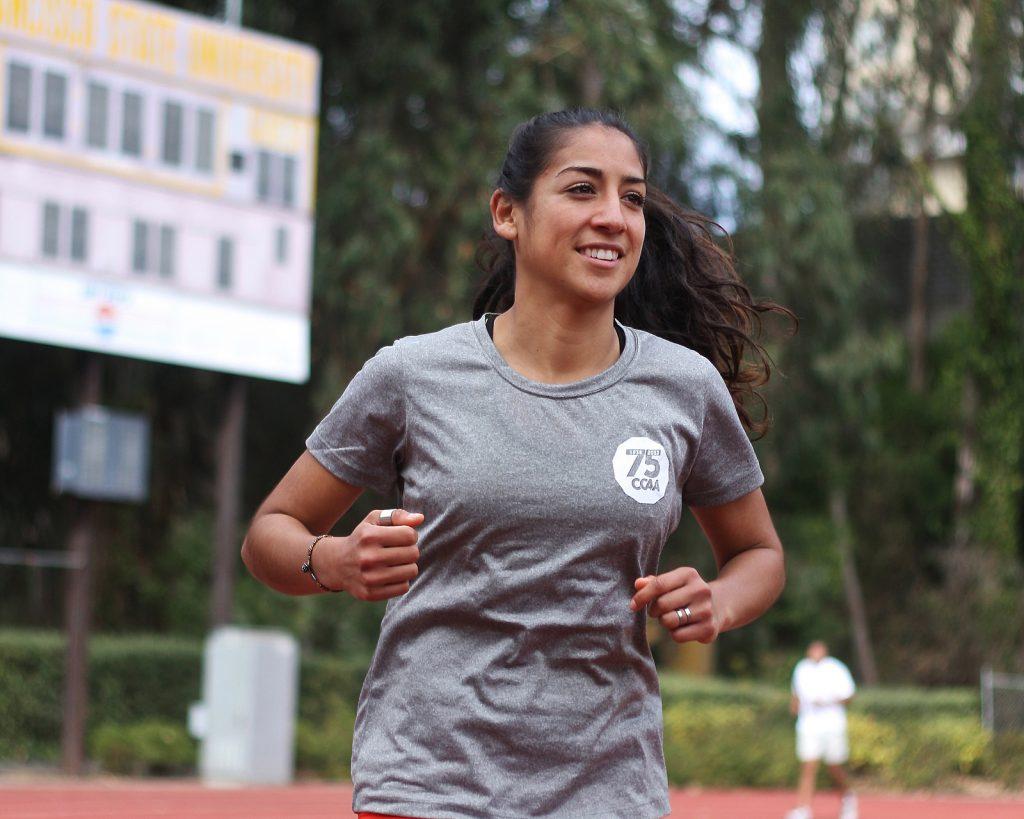 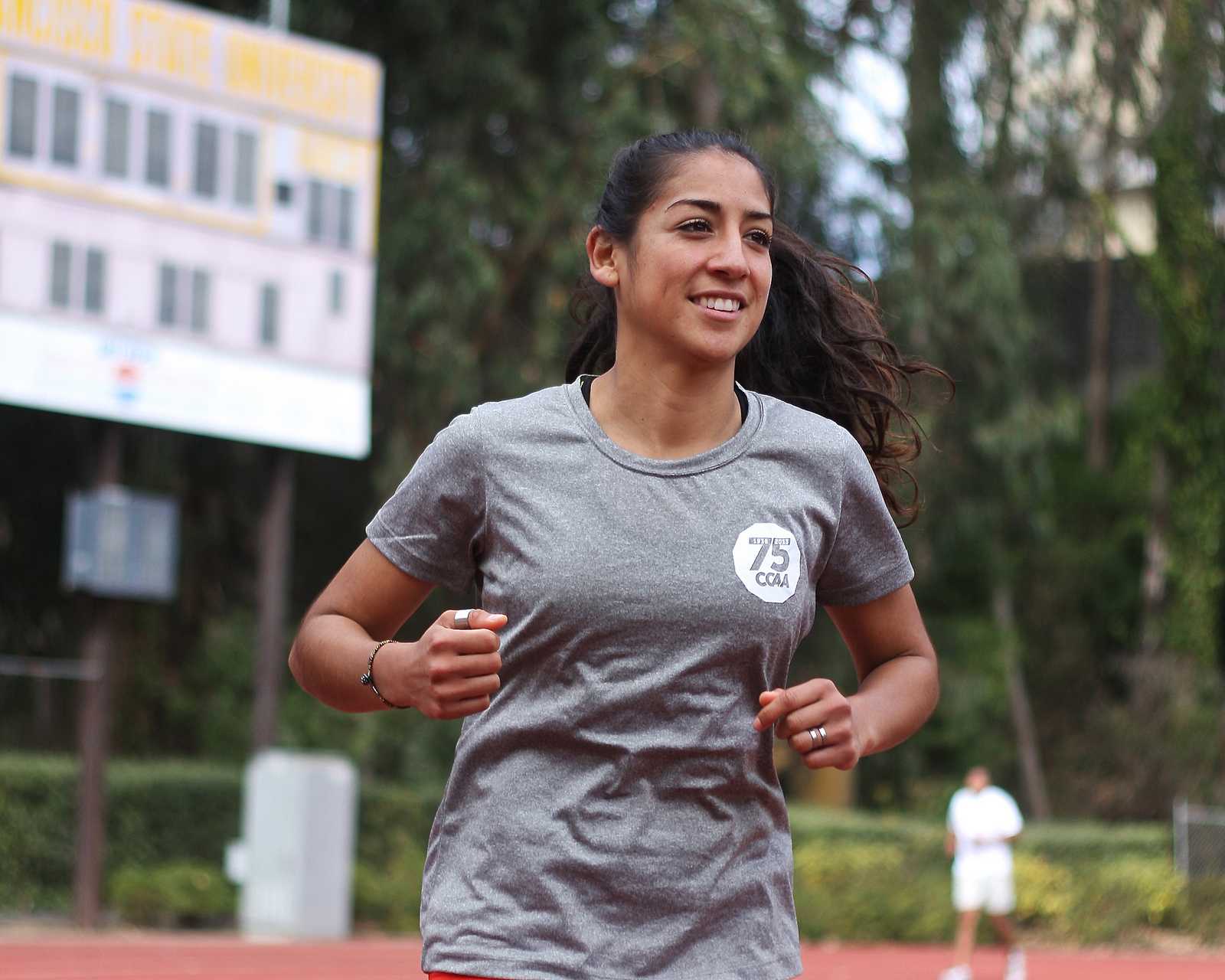 Zuleima Bernal, a senior, runs the track at Cox Stadium on Tuesday, Oct. 29, 2013. Bernal has recently returned to compete after her case of plantar fasciitis caused her to miss most of the season. Photo by Ryan Leibrich / Xpress

Every morning, Zuleima Bernal wakes up in pain. Once she’s up, she paces her room and hopes movement will quell the sharp strain in her right heel before she heads to morning training at Cox Stadium.

Bernal has planter fasciitis, an injury that kept the cross-country runner from competing alongside her SF State teammates for the first month of the season. She walks with caution, but the image of nationals keeps her running strong, and this month she’s back in the race.
“When she’s racing, it seems like she is just on auto-pilot and focuses on the task at hand, not the pain she is going through,” Bernal’s teammate Becky Parks said. “It’s amazing. It is easier said than done.”
Plantar fasciitis, an injury caused by strained tissue in the foot’s arch and heel, can take a few months to a year to completely heal.
Bernal bounced back big at her season debut: She finished second overall at the SF State Invite on Oct.11 and won the CCAA Women’s Cross Country Runner of the Week. At the CCAA Championships, she finished first for her team and took 5th place overall to secure the Gators’ 7th place rank.
“Coming off of a potential season-ending injury; to run 21:37 on our home course this season ranks right up with the top performances in school history,” head coach Tom Lyons said. “When Zuly is racing well, it is amazing to watch.”
Her success is driven by a personal goal to reach nationals with — or without her team. If SF State finishes in the top 5 at the NCAA West Regionals on Nov.9, they will automatically go to the nationals Nov. 23. But if they don’t, Bernal can make it to the nationals individually by placing in the top two for SF State runners.
“I’m trying to be in the top two so I can make sure I am going to (nationals),” Bernal said.”I’m going to be competing against the same people from conference and most of the people that beat me are going to nationals, but as a team.”
But Bernal’s injury hasn’t completely healed, and constant pressure on her foot endured during the final meets could force her to redshirt her last track and field season this spring to fully recover.
According to SF State Head Athletic Trainer, Bryce Schussel, Bernal suffered the injury from wearing bad shoes — a common way athletes get planter fasciitis. Schussel said they were able to catch Bernal’s injury early, which limited the amount of time she missed. Schussel said re-injury is plausible, but likely won’t jeopardize the rest of her athletic career.
“If an athlete re-injures their foot it will prolong the healing process and may take longer before the athlete is back competing,” Schussel said. “In most cases they will be able to come back.”
Bernal is exerting all her efforts into the home stretch, but for her the reward is worth the sweat and pain.
“I can tell that Zuly has a positive outlook and, even in times of stress, manages to keep it under control,” Parks said. “She always says to me, and sometimes to the rest of the team, ‘Just remember all the hard work you put in every day, and don’t let the negative stuff get to you.'”
Delete Image
Align Left
Align Center
Align Right
Align Left
Align Center
Delete Heading