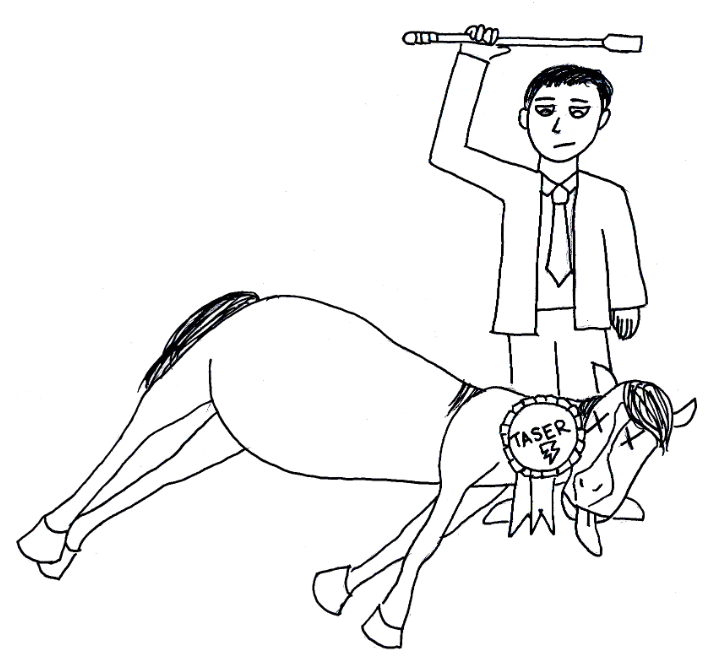 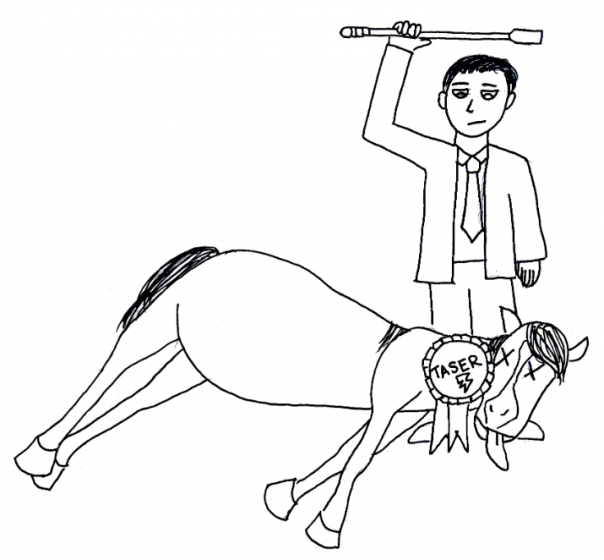 The entire dispute over Tasers is ridiculous and needs to end so we can move on to more important things.

SF State President Leslie E. Wong should drop any pretense of caring what students think and simply announce to the campus community that the University Police Department is arming its’ officers with Tasers.

The idea to bring the weapons to campus began this semester after the California State University Chancellor pushed for the standardization of campus police weapons. Soon after, SF State President Leslie E. Wong asked the University Police Department to draft a general order for their use, but has continued to drag on.

Anyone who doesn’t want to wind up on the wrong end of a Taser barrel should simply avoid breaking the law. Once we put this pointless debate aside we can concentrate on more important issues, like skyrocketing tuition or mobilizing the 30,000 member campus community into a single voting block come election day.

Remember, these aren’t the mean streets of downtown San Francisco, where a hipster artist could be mistaken for a homeless man and get dragged in for questioning over a string of recent thefts.

This is a university, a place of learning for most of us, a job site for others, but what it shouldn’t become is a dangerous area that’s unsafe to walk through. That’s where the cops come in.

Police officers are always unpopular and no one likes the guy who just gave them a ticket, but who do people call when they’re in trouble? They call the cops; the boys in blue and those pretty flashing lights that come flying around the corner to save us when we need it most.

Police officers are the thin blue line that stand between us and chaos, and I, for one, choose to stand with the cops. Why? Because I believe in the basic tenets of our society: work hard, don’t break the law, be a good person and everything will work out.

People love to throw around statistics as reasons for why our officers shouldn’t be armed with Tasers, but who shows any numbers for how many times things went right?

In one of the first large scale studies of Taser use, a report published by Medical News Today found that in 99.7 percent of Taser, incidents only minor injuries were reported.

In a study published at Arizona State University researchers concluded that most deaths involving Tasers were caused by other factors like methamphetamines.

The next time someone is about to be Tased they should consider themselves lucky the cops aren’t beating them down with those batons they carry around on their belts, because that’s what it’s all about.

In a Department of Justice report on the use of Tasers, incidents involving the weapons saw a 48 percent decline in suspect injury.

The more options the cops have, the better because when faced with a dangerous situation, officers have mere seconds to make important decisions that affect lives and the last thing we as college campus want is a shooting.

Yes, the administration handled this whole thing badly, but that doesn’t mean they’re wrong; just wrong-footed. They need to stop hiding behind spokespeople, confusing jargon — and a process about as clear as mud — and come out with a clear, transparent directive.