Rappers delight with open mic show at The Depot 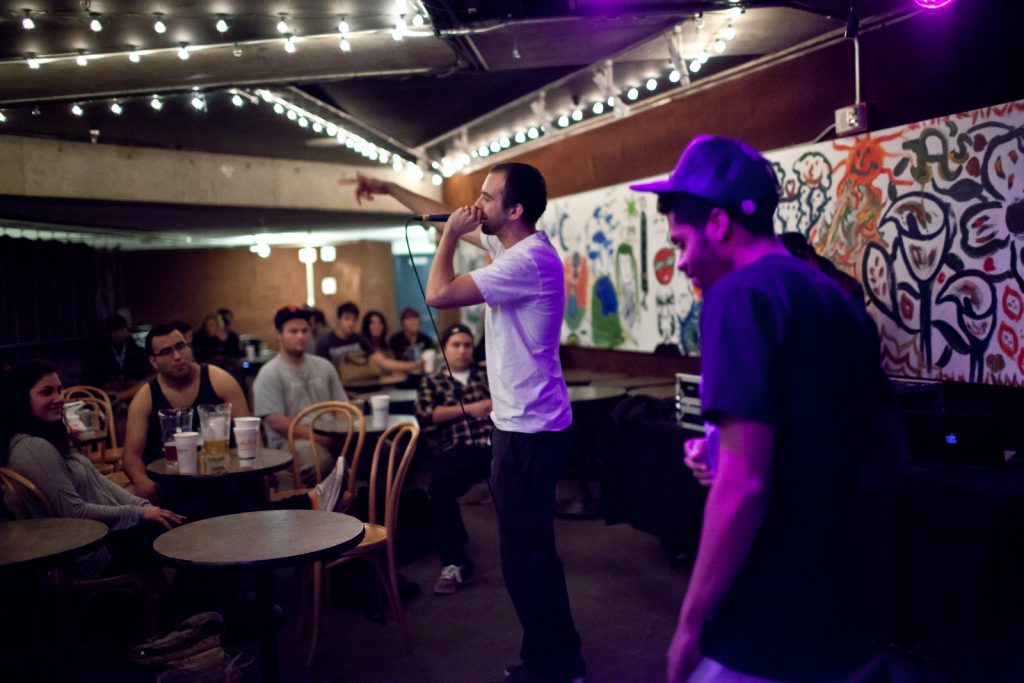 Among a mostly empty arrangement of tables and chairs at The Depot’s Rapper’s Delight Wednesday, Nov. 6, Michael Payton gets on stage for the third time begging someone to take advantage of the open mic.

Payton, from KSFS radio, struggles to keep the small audience entertained as he says, “I’m going to get Stephanie (The Depot manager) to come up and rap… Not now but get a couple drinks in her.”

As the clock ran closer to the one-hour mark, a couple of souls dared the stage. A short but passionate spoken word performance inspired by an undocumented friend was given by Xavier Andre Galindo, Cozmost gave a couple of upbeat raps and a few others played guitar.

Once rappers Ace Diego, Sunset Black and Equal Eye began to trickle in, The Depot’s cramped little corner finally began to show some life. Equal Eye, or Cole McLean, changed the pace of the night with an intimate performance off stage and among the crowd. After hitting the crowd with a few laughs, clever lines and “oooohhs,” he called Ace Diego, or Alex Powell, up to the front and the night had finally kicked off.

What started as a shaky open mic session ended with some quality hip-hop and rap. With King Cole disc jockeying some clean beats, Ace Diego, Equal Eye and the Sunset Black group had no issues keeping the crowd happy.

Many of the performers are part of Spoken Poetry Expressed by All Kinds, or SPEAK, which is a spoken word poetry club on campus. SPEAK hosts events regularly at the Depot with the next open mic scheduled for November 19. 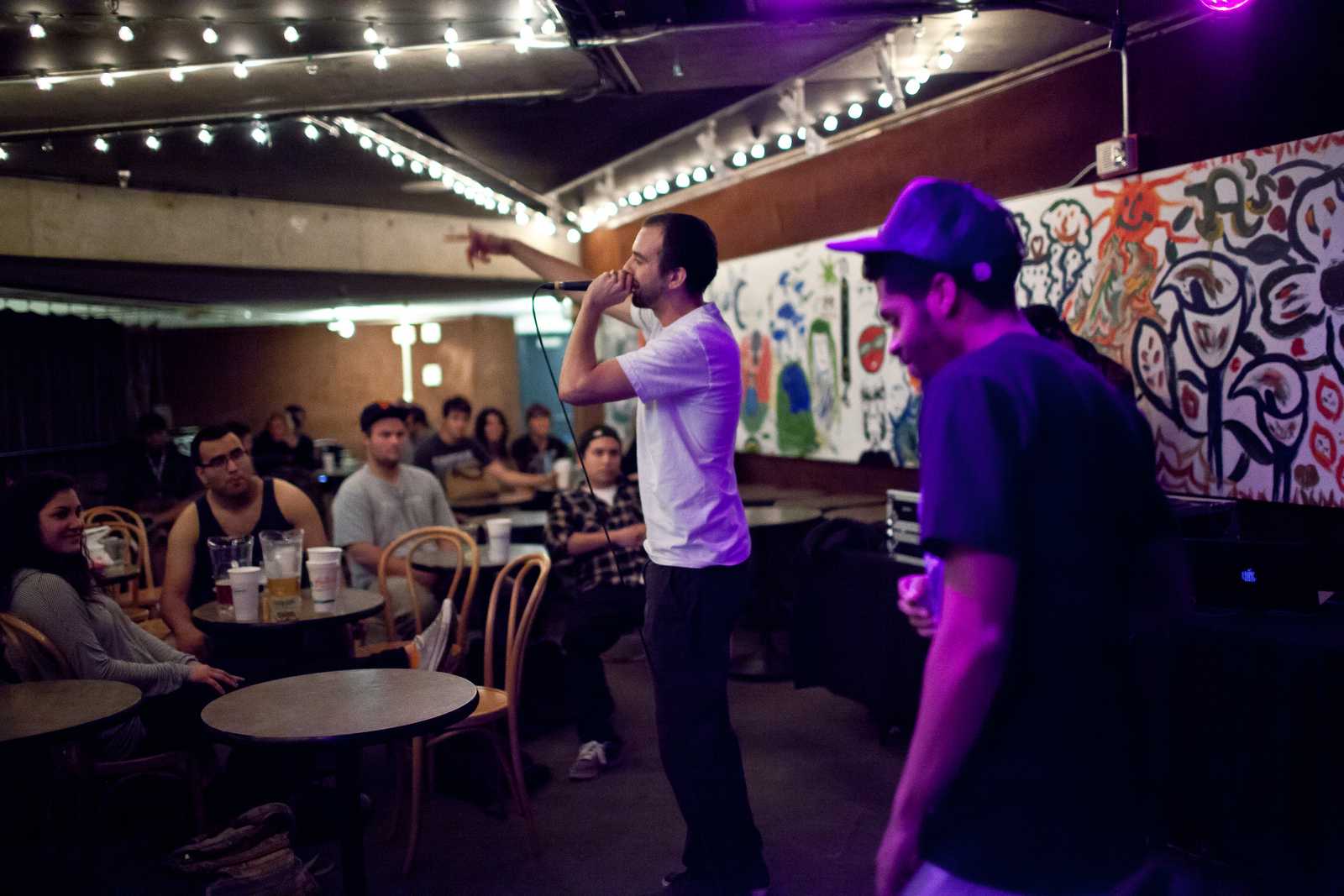 Cole McLean (Equal Eye), left, and Alex Powell (Ace Diego), right, rap amongst the audience on Wednesday, November 6, 2013 at Rapper’s Delight at The Depot. Equal Eye called Ace Diego up for an impromptu rap toward the end of his set. Photo by Dariel Medina / Xpress