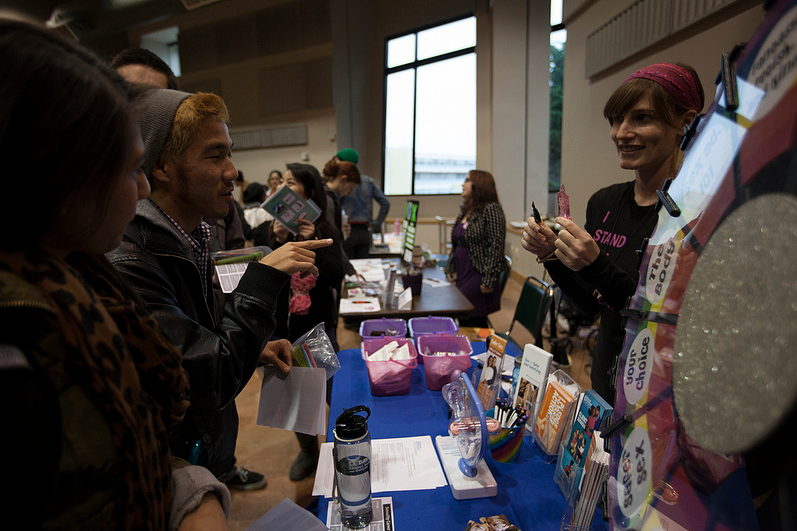 Educational & Referral Organization for Sexuality (EROS), and Associated Students, Inc. hosted its fifth annual Sexuality Career Fair yesterday to give students an opportunity to learn about careers in the sexuality field.

The event, held in Jack Adams Hall in the Cesar Chavez Student Center, featured nearly a dozen different Bay Area and San Francisco sexuality and sexual health organizations for students to network with.

“We got almost double the turnout (compared with previous years),” said Director of EROS Heather Russell, who has been with EROS, a student-run program whose mission is to address all aspects of sexuality, for four years. The fair, formerly called the Sexual Career Symposium had over 100 students in attendance.

Sophomore student Ariel Legacy, who attended the event, considers minoring in sexuality studies after taking a Sex and Relationships class.

The goal of the event was to help students think about ways they can turn their degree or interest into a career in sexuality.

Jenna Gaarde, a professional sex educator who spoke at the fair, said students interested in a career in sexuality should keep asking for advice, because connections with people in the field is crucial.