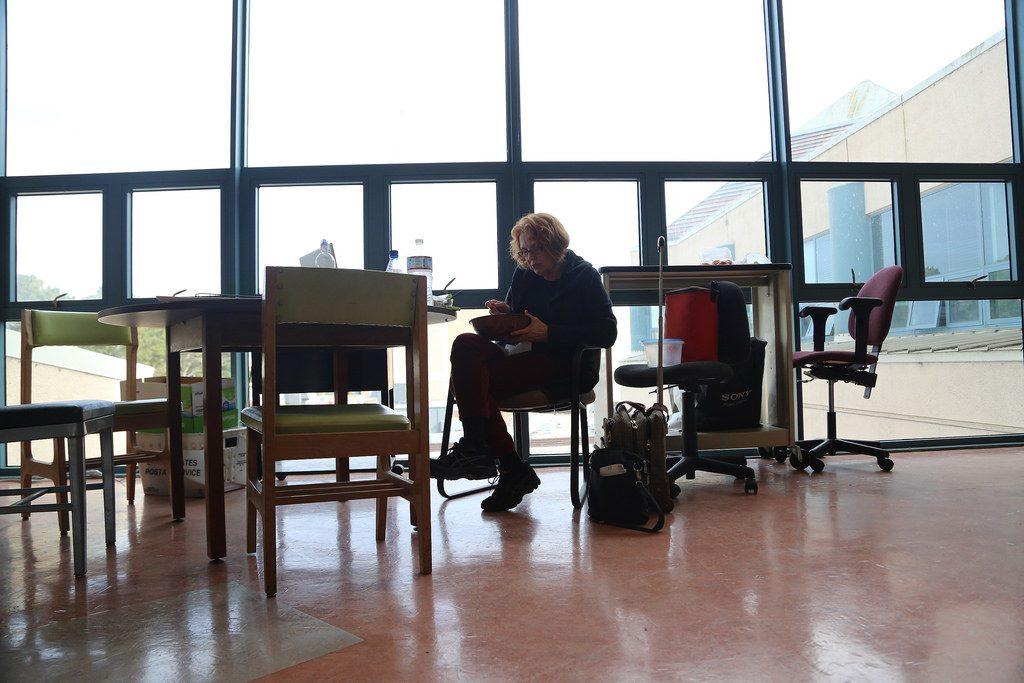 Students and faculty members scrambled during the first week of classes while administration worked to find and furnish alternative spaces due to the closure of the Science building.

The closure displaced more than 9,000 students enrolled in classes held in the building, according to an email from SF State President Leslie E. Wong, who notified the campus community last Wednesday that the building would be closed for the entire Spring 2014 semester.

The building had been closed off since Jan 10. after a routine health inspection over break, where school officials found mercury, asbestos and lead contamination above recommended levels.

“This is a complex issue in a large building, and significantly more time is needed to analyze and address the problems,” Wong said.

A screening of the building took place Dec. 23, 26 and 27 according to documents from Air and Water Sciences, an independent consulting firm based in Petaluma that conducted the testing. The University has not confirmed how often the routine health inspections are.

More than 300 tests were taken, and about 95 percent of the rooms in the building were tested, according to Chip Prokop, the president of Air and Water Sciences.

The results found that mercury vapors were discovered in several rooms. However, the vapors were contained to only a few areas including sink drains and the floor of the basement, where the highest concentration was found. 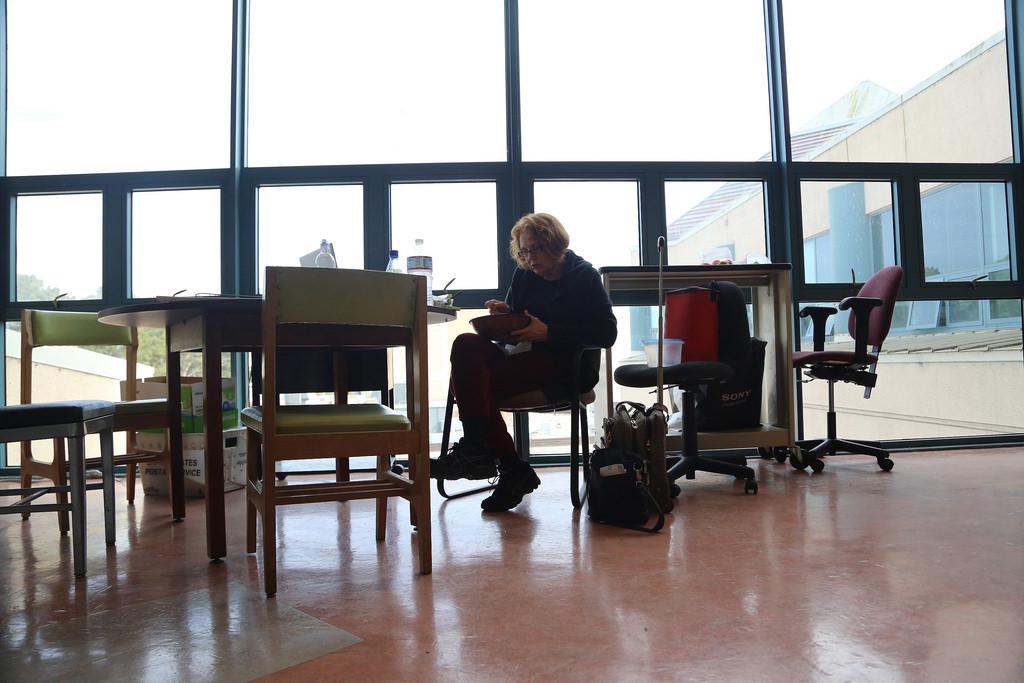 Smithy Blackwell, the office administrator for the history department, eats lunch in the makeshift history office on the fifth floor of the Humanities building, a space that was previously a student quiet study area Monday, Jan. 27, 2013. The closure of the science building has forced teachers, administrators, and students to take up other classrooms and do without their normal resources. Photo by Rachel Aston / Xpress

The discovery prompted staff such as Frank Bayliss, who has been a biology professor at SF State since 1975, to feel concerned about their health.

“I need to know concentration and if I’ve been exposed to asbestos for 35 years,” said Bayliss. “I need to know that because its a long term disease before you see any symptoms.”

At a meeting Jan 13., Alastair Smith, the director of Student Health Services assured faculty that all the chemicals found in the building are in the normal environment every day and humans have evolved to be able to deal with them.

But health is not the only concern for those who work in the building. It houses many items and artifacts that are key to scientific research, according to anthropology professor Mark Griffin.

“We need to have facilities,” said Griffin, “Researchers don’t stop their research just because it’s intersession.”

The University has attempted to accommodate for losses in the mean time, according to Michael Martin, the interim Associate Vice President of Human Resources, Safety and Risk Management at SF State.

As new classrooms are located they are being entered into the online class schedule, and officials are attempting to reallocate office and laboratory space.

“The college has attempted to provide appropriate alternative workspaces for people who are displaced as a result of the building closure,” said Martin.

This situation is different from what the University has previously dealt with according to President Wong — who said that while there have been incidents such as pipe breaks resulting in water damage in the past — this is “a whole building problem.”

Wong added that the cost of cleanup is not yet known, but that it wouldn’t be small.