Hate the Ellis Act, not the techies 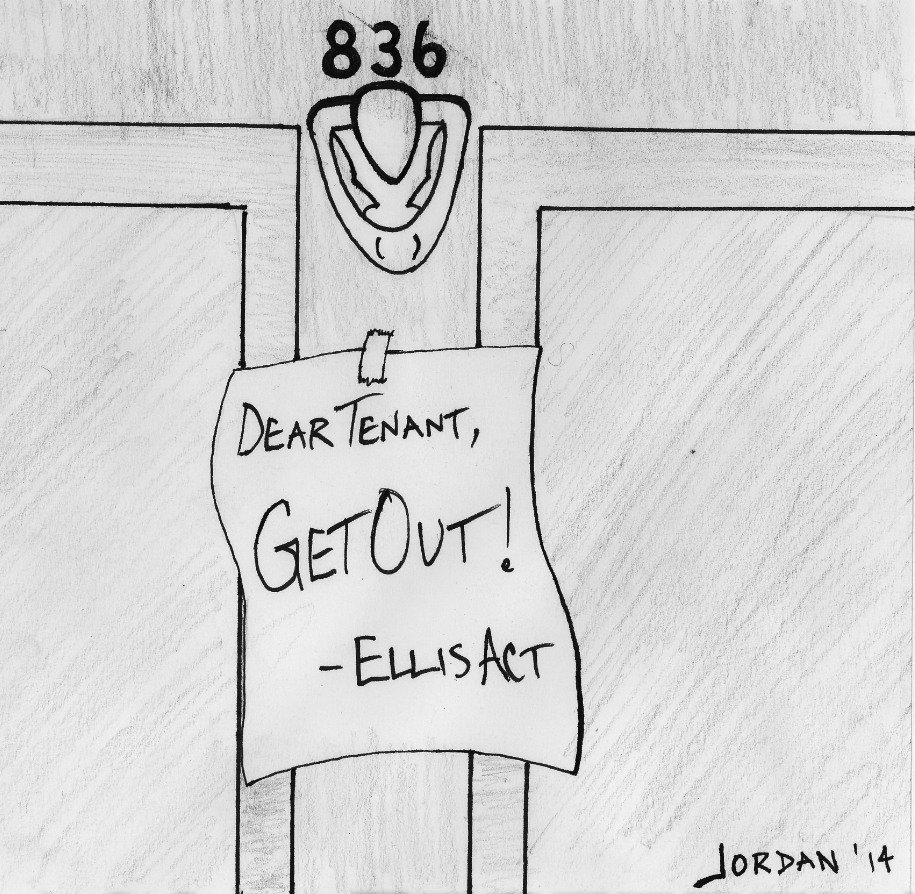 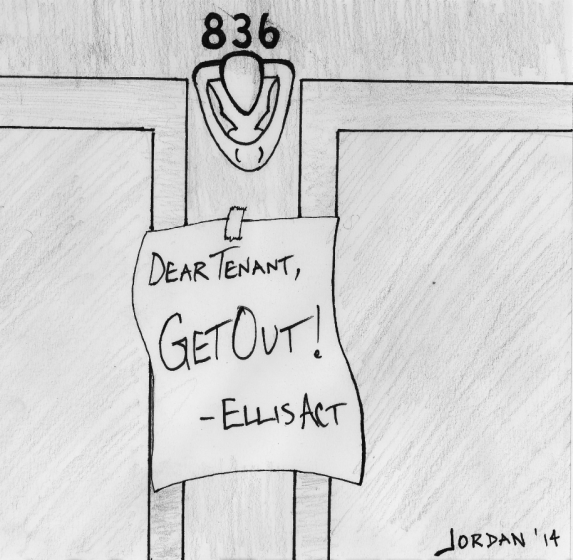 In the last several months we have seen increasing hate for techies and tech companies. Last summer, “F- your start up” was tagged on a building in the Mission District.

In November, about 150 people protested outside Twitter’s headquarters the day after the company’s stock market launched on the New York Stock Exchange. In December, protesters smashed the window of a Google bus with rocks. Just recently, two dozen protesters blocked a bus carrying tech workers for hours because shuttle operators were allowed to use Muni stops and only charge $1 per stop.

People are praying for the dot-com bubble to burst, bringing down startup tech companies and the iPhone-toting hipsters who started it. However, it’s not the Bay Area’s buses or tech companies that are the problem. It’s the landlords.

Many residents see the buses as a symbol of the current problems San Francisco is facing: the economic inequality is widening. Minimum wage is hardly enough to make a living in the city, while rent continues to skyrocket and gentrification forces people out of their homes.

The changes in San Francisco are apparent and it’s heartbreaking. It’s always sad to see a family kicked out of their home or a mom-and-pop shop forced to shut down to make way for a luxury condo or an overpriced fusion restaurant. The city is evolving and longtime residents are being left behind. It’s easy to see why many residents are angry.

However, this anger is misplaced. Where is the animosity for the real estate developers or the landlords? They are the enforcers of high rent and the ones who should be blamed — as is the Ellis Act. It is the reason landlords can mass evict tenants and sell a building for profit.

The Ellis Act is a state law enacted by California legislature in 1986 that allows landlords to evict tenants to go out of business and remove the units from the housing market. The law states that all tenants must be evicted simultaneously and cannot be re-rented for five years after evictions, according to the San Francisco Rent Board.

Fortunately, the Ellis Act contains amendments that protect tenants. Only in San Francisco, landlords are required to pay their evicted tenants a re-location fee of $5,153 per tenant or a maximum payment of $15, 460. Seniors and people with disabilities receive an additional fee on top of the initial fee.

Supervisor David Campos introduced legislation Tuesday for a change in the Ellis Act that would require landlords to pay the difference for the housing of the tenants they evict for the cost of renting new similar housing for two years. This may not happen, but it doesn’t change the fact that the Ellis Act is still being abused by landlords and shows how changes are sorely needed.

Not all tech workers are young billionaires like Mark Zuckerberg. They are just trying to make use of their computer science degree and work for a living while the startup workers are praying for a tech God to buy their company so they don’t fail horribly, like the majority of them do. According to a Wall Street Journal report, three out of four startups are not successful.

Startup employees are just cogs in the machine. It’s like yelling at a Starbucks employee for charging $4 a latte when they have no control of what the company does. They, just like the techies, are trying to earn a paycheck to get by and pay their ridiculously high rent as well.

Working toward a solution is hard, but finding someone or something to demonize is much easier. Facebook or Google can dive into some damage control and pay more than $1 for every bus stop they use or the Board of Directors can actually implement change in the Ellis Act so landlords stop abusing the act.

San Francisco is in flux and experiencing some growing pains. The Google bus protests have caught the nation’s attention and many are waiting to see what happens next. The city’s problems cannot be cured overnight, but a start can be to focus on the real problems and shift hate to where it is deserved.