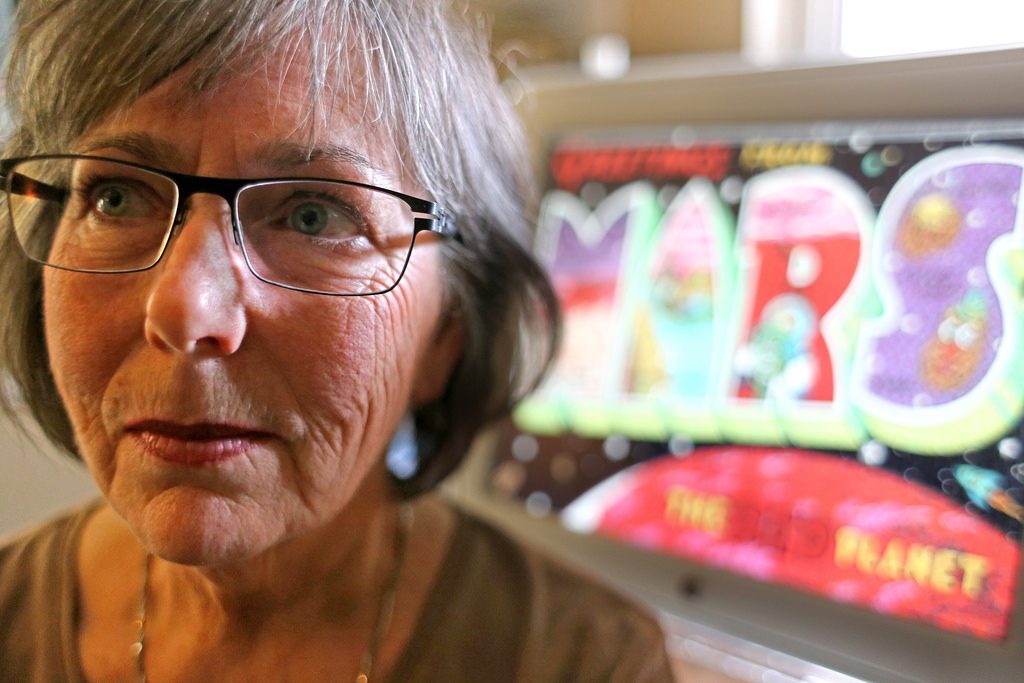 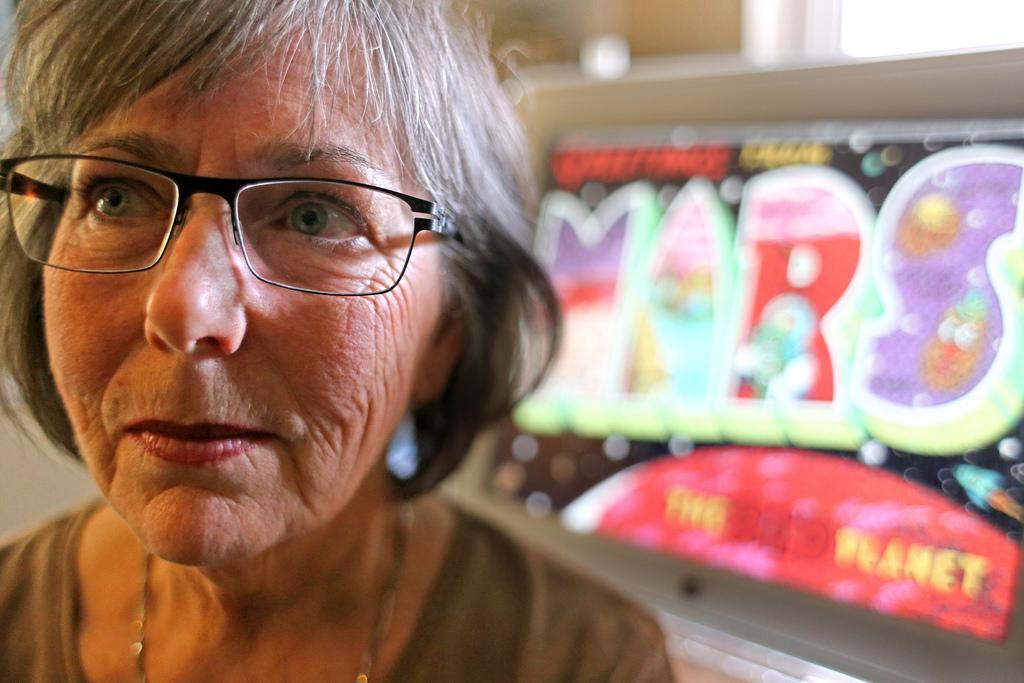 Jan Millsapps, a cinema professor at SF State, is one of 1,058 candidates chosen by the spaceflight project Mars One to take a one-way trip to Mars in 2024. Photo by Rachel Aston / Xpress

The spaceflight project Mars One selected an SF State cinema professor as an eligible candidate for a one-way trip to Mars in 2024.

More than 202,000 applicants from an international pool answered a brief questionnaire and submitted a minute-long video to the group in August 2013. This is the first of many rounds of selection, according to the Mars One website.

The project chose 1,058 individuals from the pool, according to Millsapps. Applications were open to individuals older than 18, but Millsapps is among only 25 other potential passengers over the age of 56.

The Mars One project plans to send unmanned missions to establish a habitable zone on the red planet. The zone will include living quarters and a life support unit, prior to the arrival of humans, according to the Mars One website.

A rover will supply astronauts with breathable air and water extracted from Martian soil. When the habitat is complete, groups of four will arrive on the planet every two years.

“I think they’re very serious, I think they’re doing it the right way,” Millsapps said, noting the project’s $6 billion price tag. “They’re trying to put international sponsors together, unlike before when we went to space. It was like, your government did it or it didn’t get done.”

Millsapps said her skills with digital filmmaking will help to create not only a networked community between the four passengers, but with everyone on Earth. She said this, alongside her PhD in Rhetoric and Composition, helped her candidacy in the first round of selection.

“People on Earth are going to want to hear a lot of stuff from the people that end up on Mars,” said Millsapps, “and someone that can help shape and convey the stories… about survival, about being bored, about, ‘What am I going to eat today’… can be a communication liaison between the first settlers on Mars and everyone back on Earth.”

Even with her confidence in the Mars One team, that includes NASA contributors and a Nobel Prize winning ambassador, the project and its astronauts will require much more preparation before launch. The training regiment includes group simulations, psychological evaluations and education in subjects like electronics and exobiology, according to Millsapps.

Since their notification of selection in late December, nothing more has been required of the applicants besides a medical examination, according to Millsapps.

Millsapps, a 27-year veteran of SF State, is the author of two novels about women in space, including the soon-to-be published “Venus on Mars.”

She is currently working on a multi-faceted documentary that incorporates tales from that of the first American Mars Rover named Sojourner Truth to a Mars space suit built by a female scientist.

She has been married to musician and producer Phill Sawyer for 14 years. Sawyer will not be joining Millsapps on her trip to Mars.

“Our relationship will survive,” said Sawyer. “There is absolutely no doubt that we will both experience some thinking and some emotions that are new not only to us, but to the whole of humanity.”

Mars One will update the 1,058 applicants this April.

“We’re both going to try to make this part of our lifetime become a work of meaning and amazement,” said Sawyer.