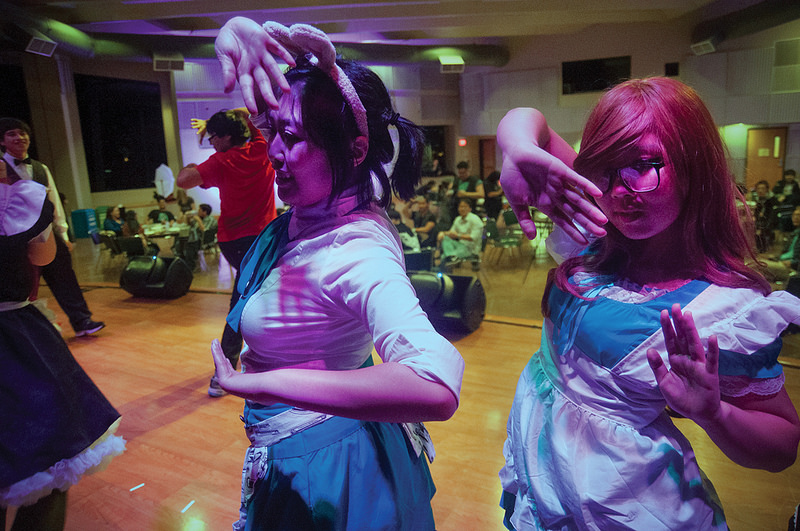 According to one of the club’s officers, freshman Meri Hambalek, the club wanted to take advantage of the holiday that coincided with their open house.

“It’s Valentine’s Day, so why not have a maid cafe for people that have nothing to do that day?” she said.

During the four-hour event, there were several men and women dressed as anime style butlers and maids greeting club members. A maid and a butler stood by the guests’ tables, while about 80 attendees were treated to food and several dance performances.

Hambalek gave two performances at the beginning of the event and introduced the performances from the guests of honor: [email protected], a dance duo, and Majorie Butters, winner of J-Pop Summit Festival Vocaloid Dance Contest 2013. Romero said the performers are known among the anime and costume play, or “cosplay” communities.

Anime FX’s president, Keaton Jones, said that the point of the games and performances is to try and hook ( the attendants in.

“We want people to stay and be entertained. During open houses people tend to come, grab food and leave. We want them to at least have fun in the process,” he said.

“It’s really nice. I’m really impressed on what (the club has) done. It’s really rare of them to do a maid and butler cafe. I’m a sucker for a properly dressed gentleman,” said sophomore Grisel Loyola, a longtime Anime FX member. 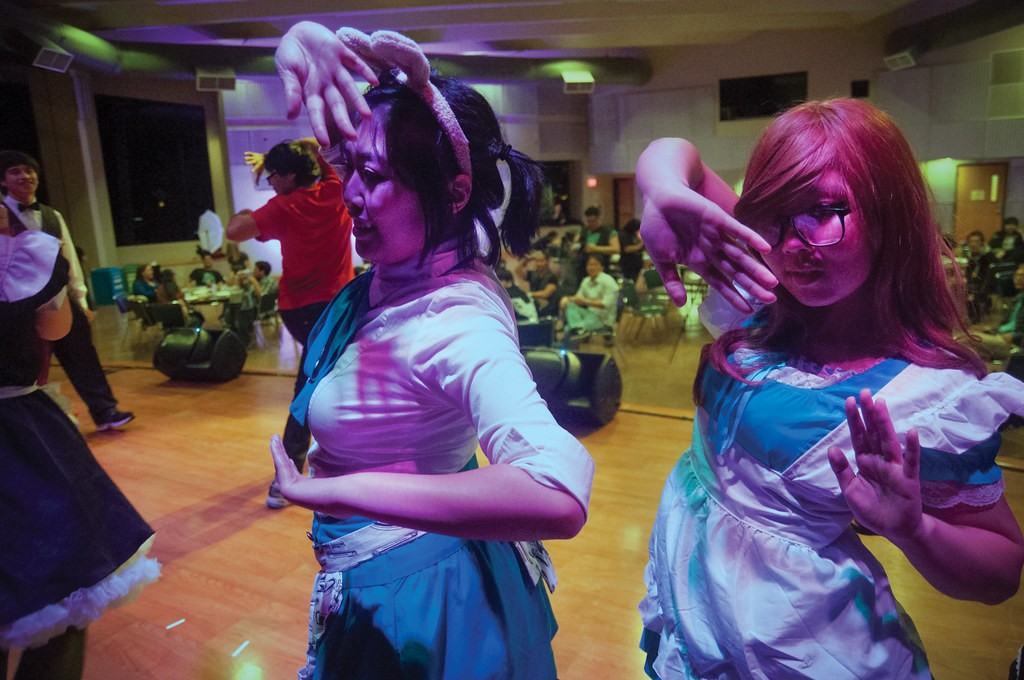 According to club officer J.J. Romero, maid cafes are very popular in Japan and are part of Japan’s vast service industry.

“Being the anime club, we want to bring the culture here, but without charging (the attendants),” he said.

The first permanent maid cafe opened in the Akihabara district in Tokyo, Japan in 2001. The area is a major shopping center for hardcore anime fans, known as “otaku.” The area is also home to many theme cafes where the wait staff participate in cosplay.

The cosplayers not only dress up as a particular character, they take on the personality and mannerisms of the character as well. Maid and butler cafes are a subset of cosplay cafes, both of which have recently increased in popularity in Japan and other countries.

Hambalek said that the club will have events in the future but they won’t be as big as the maid and butler cafe. According to Keaton, the club doesn’t have the budget to hold big events every week.

“We try to do something unique and fun every weekend,” said Romero.