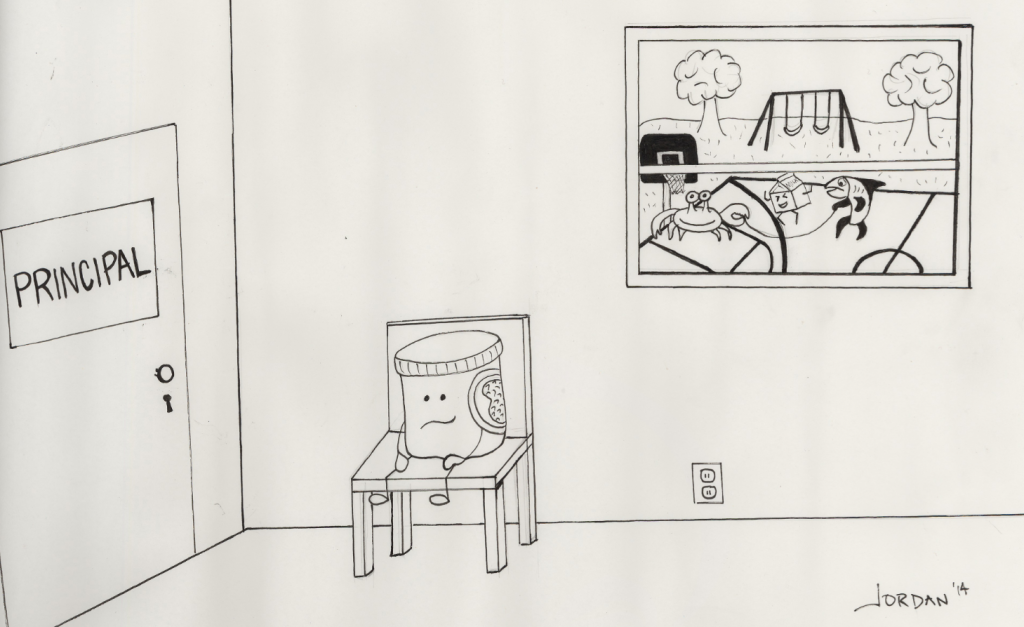 For many, it’s a fond memory to think back to all the times they brought a peanut butter and jelly sandwich to school for lunch. Although there were times we wished for variety in our sandwich choice, the memory still clings to us like peanut butter to the roof of a mouth.

The number of people who share this memory will quickly diminish in time due to the current peanut controversy crashing its way through elementary schools across the nation.

With the rise in nut allergies, peanut products are being banned on school grounds. This is completely unfair. We live in a democratic society. Majority rules and it is a fact that a majority of kids in a single school are not allergic to peanuts. So why the complete outlaw of a cheap, protein-filled lunch in school?

Granted, peanut allergies in children have increased 1 percent since 1997, according to The Journal of Allergy and Clinical Immunology; but what about other food allergies?

According to the Centers for Disease Control and Prevention, food allergies among children have increased nearly 50 percent between 1997 and 2011. This means seafood, shellfish and dairy products, but we don’t see schools contemplating the ban of chocolate or fish sticks because nine kids have an allergy.

Not only is this decision unfair, it’s completely one-sided. Yes, a peanut allergy can be fatal and it’s unnerving to have a child with such an allergy interacting with hundreds of people in any given day but it’s a topic that needs to be thoroughly discussed at home.

Simply not allowing peanut butter on school grounds is just providing parents with a false sense of security. What happens to the child when they’re hanging out with friends outside of school? Or move on to middle school? Peanut products are not banned throughout the country.

A child needs to be taught to avoid peanuts like the plague, on their own. They need to learn which snacks contain peanuts and to avoid people who just gobbled down a PB&J.

Children aren’t the only ones who will become naïve in the event of an allergic reaction. Teachers and school officials need to be properly trained in case an emergency is to occur and that is not going to happen by banning the potentially harmful product. It will just create a community of people who have no idea what anaphylactic shock looks like, or how to inject epinephrine.

Would you feel safer sending your child to a school that implemented a peanut butter ban and skipped training or to a school filled with staff who knows where to properly inject an EpiPen?

It is understandable for parents to feel insecure and scared sending their child to a school filled with peanut-eating kids, but that is the society we live in. We cannot control everything that we want but instead have to learn to overcome the hurdles.

It is far better knowing how to handle the situation rather than being oblivious to the possible aftermath. Just because there is a ban doesn’t mean a young child will be able to fully understand the restriction of their favorite food. Who knows, they might sneak a peanut product in one day not knowing the deadly consequence that could occur.