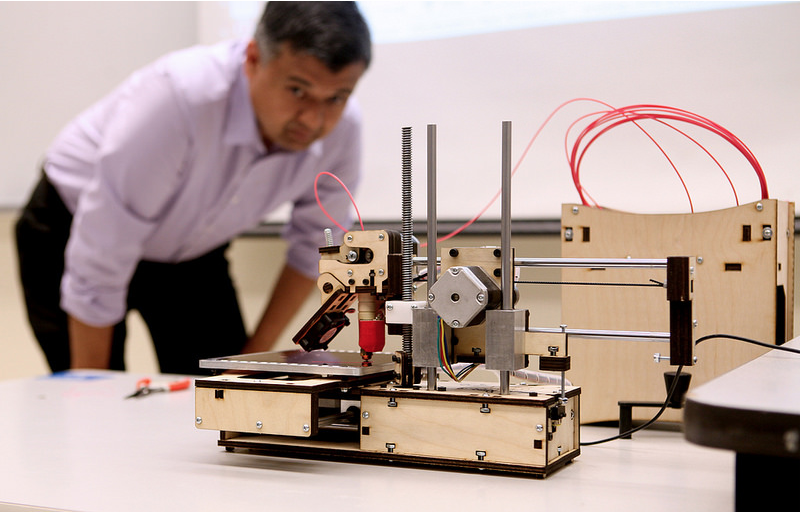 Professor Sameer Verma presses print on his laptop. But he isn’t printing a document on a regular inkjet printer. Instead, he is using a Printrbot Jr., a small 3D printer that can make almost any object.

Once the machine’s print head reaches the correct temperature, its motors begin whirring to life as it pours layer upon layer of melted plastic. After working laboriously for about eight minutes the Printrbot has made a small Star Trek emblem.

“Beam me up,” Verma says in front of his managing enterprise networks class holding the badge to his chest.

This spring semester SF State’s college of business invested in three of these small printers that range from $700 to $1200.

According to Verma, the manufacturing capabilities of the machines will help business students design and create prototypes of products that could be shown to potential consumers.

“For creating models of projects, these machines would be invaluable. Instead of relying on other people, you can go and get the model printed out and actually have it ready for a presentation,” said Richard Williams, an SF State information systems major.

Industrial printers that can make 3D models have traditionally been very large and expensive to use. But recently, smaller desktop printers that use materials  from plastic to chocolate to print objects have made the technology affordable for mainstream consumers.

While the machines are famous for printing trinkets and figurines, open source software has also allowed an online community of people to distribute 3D modeling files for others to download and print.

A 3D printed mechanical hand known as “Robohand” designed to help people with disabilities has received thousands of downloads since it was made available online by a South African carpenter who lost some of his fingers in an accident.

Bioprinting is also allowing medical researchers to build organs and tissue structures with 3D printers that use biomaterials such as living cells. 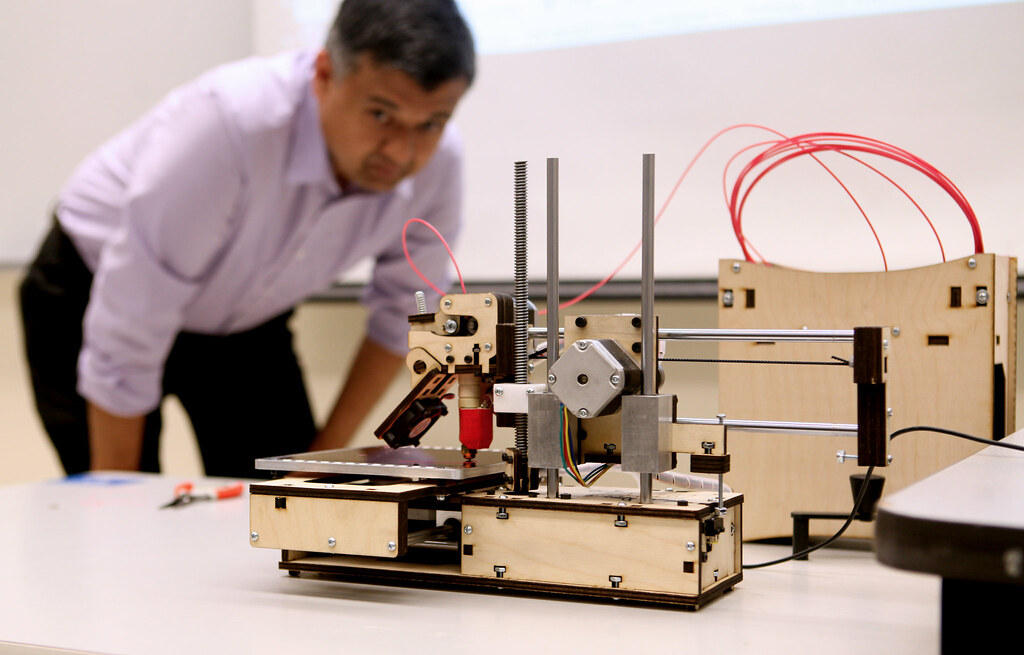 While speaking to a product development and design class at SF State’s downtown campus, Printrbot founder Brook Drumm joked to students about a fictional group of do-gooders that use 3D printers to help people all over the world in need. He and another student referred to it as “Printer Force.”

“I want to change the world and that is not a pitch.” Drumm said. “Helping the third world, needy people or even kids catch a vision of what is possible through their own creativity and hard work — that’s the payoff for product design and business.”

Although Drumm envisions his printers will be used to make the world a better place, others have set their sights on using 3D printers in potentially harmful ways.

Last year, a student at the University of Texas used 3D modeling software to create a functional handgun. Within days of uploading the file online, the model had received more than 100,000 downloads.

“As a creator that makes a product that could potentially be used for nefarious purposes, you have to come to grips with the fact that you can’t control people,” Drumm said. “All around the world this technology is doing a tremendous amount of good and I think the printers out there helping people far exceed the printers out there hurting people.”

Despite some challenges in integrating the 3D printers into the college of business, the goal is to introduce the technology and get students to think about using it in new ways, Verma said.

“This isn’t so much about 3D printing, but about something new and interesting. What this does is get the gears going in student’s minds about creativity and innovation, which is what we want to capitalize on,” Verma said.