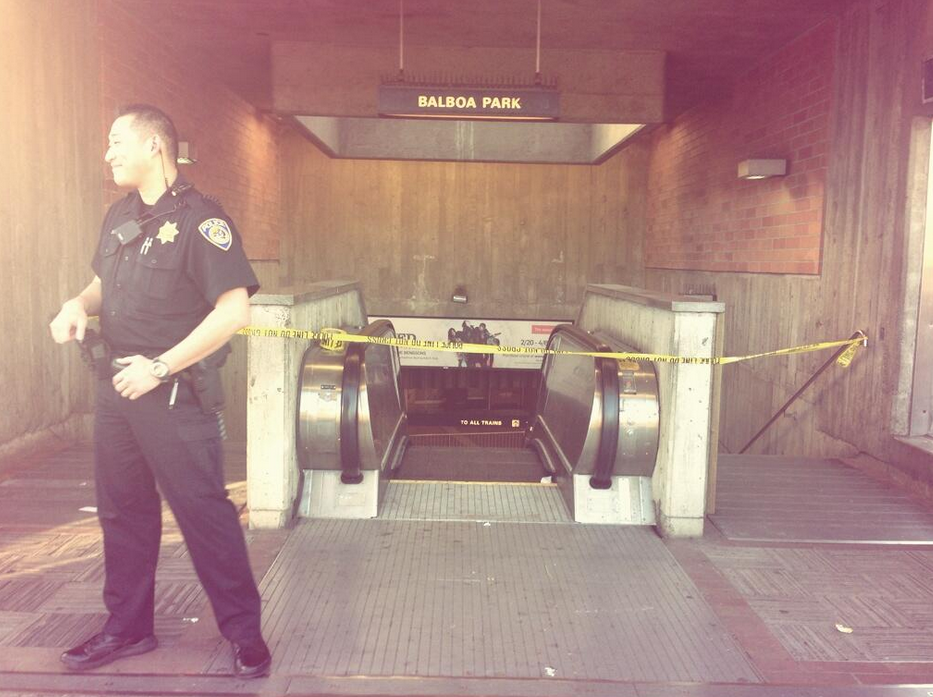 Police Officer S. Jung stands in front of a Balboa BART entrance that is blocked due to a possibly fatal accident on the tracks.

David Mariuz
The Balboa Park BART Station has resumed service after experiencing major delays and temporary closure due to reports of a person under a train, according to a BART official this afternoon.

The report of a person under a train came at 4:35 p.m., according to BART Spokesperson Jim Allison.

The station was closed and no trains were stopping there causing major delays for trains going towards the East Bay and Peninsula.

At 6:25 p.m. the station reopened for operation.