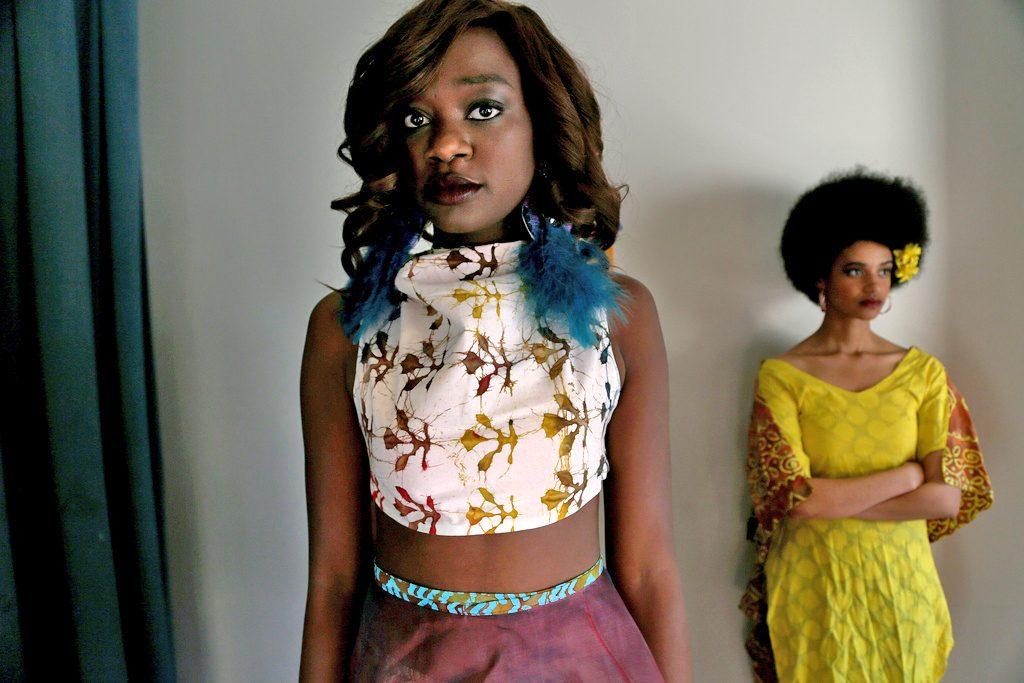 Students modeled clothing lines from six Bay Area designers and performed in a showcase of four customary African weddings, blending the contemporary and the traditional. The show encompassed the culture and heritage of countries all over the African continent, highlighting the unique culture of each place while encouraging solidarity.

According to Danielle Tompkins, the head coordinator of the show, the event promoted the education and celebration of the rich and multi-faceted tradition of the African diaspora.

“Pan Africanism is really a movement. It’s a movement of unity, basically uniting black people from all across the world, and that’s kind of what this fashion show does, ” said Tompkins. “The whole concept of Pan Africanism is about coming together, being united as one. We all have these separate cultures and things and beliefs, but at the end of the day there are things that we can all share and it can fuse together in fashion.”

Tompkins’ vision for the show began with the concept of African weddings. She wanted to portray the traditional attire and practices of weddings across Africa because it is an unfamiliar concept to many Americans.

Models donned traditional Ghanaian, Nigerian and Cameroonian clothing and acted out the wedding ceremonies and traditions of each culture. The last scene was a traditional African-American wedding, which included the long-held tradition of “jumping the broom.”

Tachelle Herron-Lane, backstage manager of the show, said that celebrations with a broom have been an African-American tradition for centuries.

“The broom was used in several ways. One, to keep the roads very clean and neat. Two, to ward off evil spirits. Three, to jump in harmony across an ocean or out of bondage,” said Herron-Lane, who is also an active BSU member and president of the Jabulani Student Organization.

BSU members modeled clothing and accessories that represented their rich African roots. Each line, three of which were designed by current students and alumni, incorporated a mix of urban and classical African styles.

Local designer Tia Wu presented a line of clothing for proponents of breakdancing culture, known as B-boys (and girls). Her line was accompanied by a breakdancing performance, of which she also took part in.

“As a B-girl, we get a lot of injuries. There’s a lot of gliding problems, so we need a lot of special gear to help us to move, but at the same time, we want to make sure we’re in style and have that nice swag,” said Wu. “I just have fun…because breakdancing is a very fun dance. It’s about exaggeration, its about elaborating movements and just bringing your own elements.”

Model and BECA student Hannah Wodaje believes the fashion show is a great way to break stereotypes and teach people from all backgrounds about Pan Africanism.

“There are so many different countries and cultures in Africa. People tend to generalize Africa as, like, a state,” she said. ” I think showing the differences between cultures is the main goal (of the Pan African fashion show).”