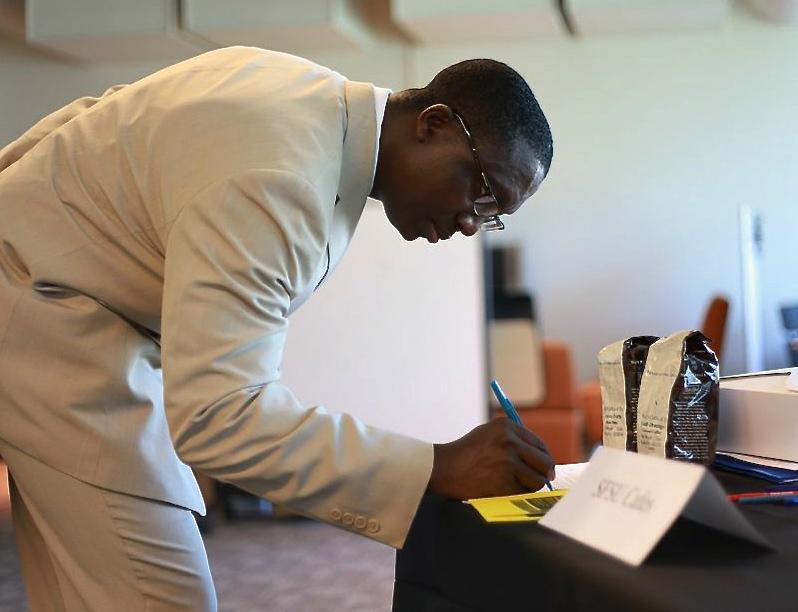 In a few months, thousands of graduating students will leave college life behind and be launched into the working world, losing themselves in the seemingly endless search for a real job. SF State seeks to provide plenty of opportunities for students and soon-to-be-graduates to boost their sorely-needed job prospects.

According to Juila Roselin, a lead student volunteer and a hospitality and tourism management major, the previous career fairs that the department hosted were catered strictly to SF State students.

“There would only be about 20 employers and about 200 students. This year there are six campuses from all over Northern California and 37 employers. We worked with the CSU system to collaborate and put on the event,” she said.

Lisa McPheron, who serves on CSU Hospitality Management Education Initiative team, said the idea of incorporating other schools in the career fair came from a national recruiter from Marriott International who suggested that a regional career fair, involving several CSU campuses, would attract more companies to come.

One of the main goals of the initiative is to create ties with CSU campuses and the leaders within the hospitality industry.

Students, dressed in their finest business attire, networked with local employers ranging from hotels such as Marriott and Starwood hotels to culinary and catering companies like Bon Appétit and Susie Cakes.

For soon-to-be-graduates like Joyanna Lin, a hospitality and tourism management senior focused on restaurant catering, this career fair provides the “in” students need to start their professions.

“This career fair definitely help us a lot because it gives us a way to talk to all these different companies that we never really have a chance to meet in person,” she said.

The career fair also gives students an idea of what companies look for in student applicants. For the hospitality and tourism industry, the right appearance and attitude helps land jobs, in addition to previously gained experience.

“We want to make sure they look presentable. Their professional attire, as well as their experience, qualifies them (for) whatever position that they are looking for,” said Lisol Petsas, human resources manager at Calistoga Ranch.

Even though the fair was catered to hospitality and tourism majors, the event was open to all interested students.

Graduating senior psychology major Truong A. Truong came to the career fair because he wants to apply his degree to businesses rather than clinical or counseling.

Truong says he considers himself “realistic” when it comes to looking for a job after graduation.

“(I’m) not surprised if I get turn down by a ton of places. I have been actively looking, but most places expect you to be having three years of experience in that particular field and a kid just coming out of college may not have that experience,” he said. “(By) graduating at SF State, even if you have a high GPA, you’re up against kids from Stanford, kids from Berkeley, kids from all over the place, so the job market is going to be a little fierce.”