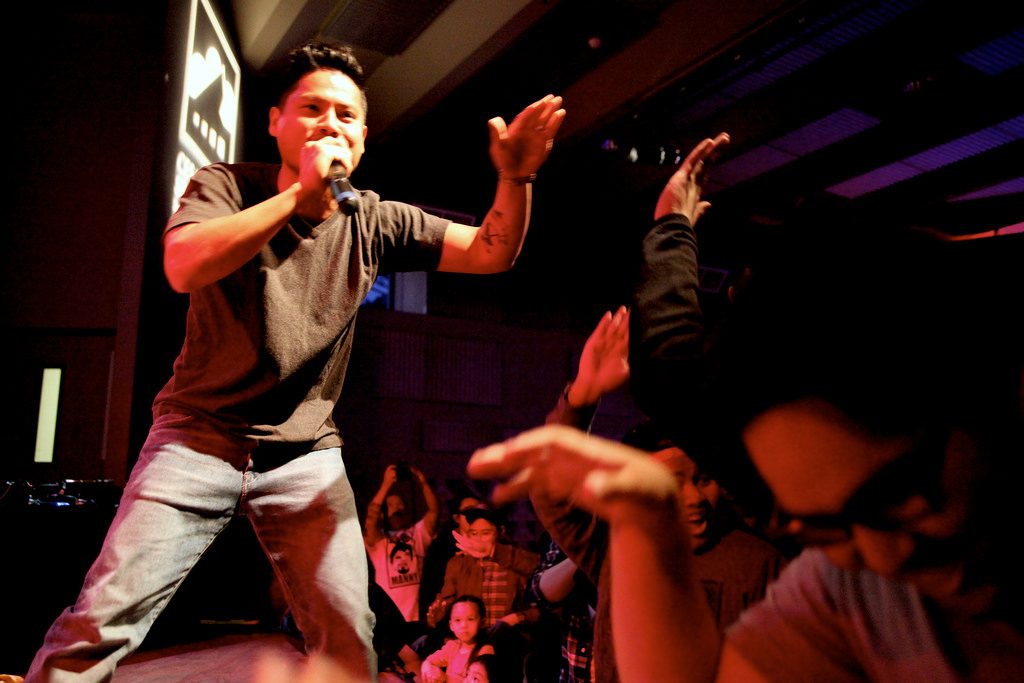 Eleven years ago more than 200 students, faculty and community members banded together at SF State to create a mural dedicated to Filipino culture and history.

Fast-forward to Thursday, April 3, 2014, to the 11th annual Filipino Community Mural Celebration Mula Sa Ugat, which means “from the roots,” at SF State. 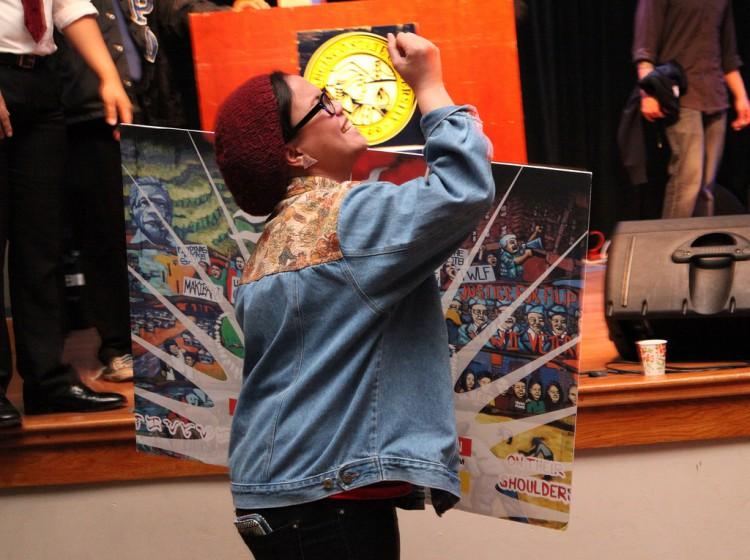 SF State alumni, Faye Lacanilao, wins a poster of the Filipino community mural at the 11th annual celebration of image and the Filipino people it represents Thursday, Apr. 3. Photo by Lorisa Salvatin / Xpress

“Being here at the mural commemoration, it’s part of my heart,” said Stacey San Pedro, a member of Kappa Psi Epsilon. “Having a mural of the Philippines and Filipino community it brought home, it brought warmth and it brought joy. I’m proud to go to this school and graduate from this school.”

Between the pancit, a Filipino noodle dish, and BBQ chicken, raffle ticket numbers were being called for a chance to win a student center water bottle or bag. 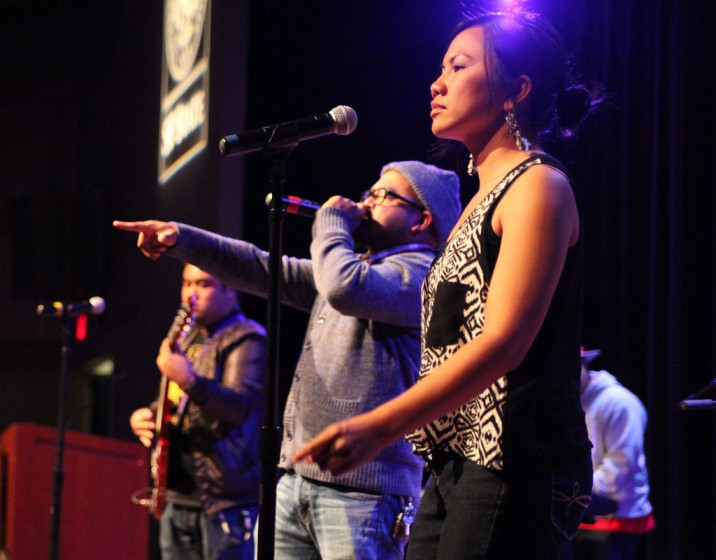 “I wanted to really help plan this event. The mural really holds a special place in my heart especially as a mural that is really the first of its kind, one of a kind, when it comes to a mural on a college campus. No other college campus has a mural like this: celebrating Filipino American heroes and heroines, just to pay tribute to our roots,” said Jordan Ilagan, a representative from three organizations that helped plan the event, including PACE.

The mural was donated 11 years ago by the Filipino community and was the first mural in the California State University system to depict Filipino history. James Garcia and Andre Sibayan were the leading artists during the creation of the mural in 2003.

Mark Jaramilla remembers that day 11 years ago as being “a huge community effort. It was a fun day. I painted the rice terraces.”

Jaramilla was one of the first people to participate in painting the Filipino mural, and is now the student center’s meeting and events coordinator.

The night finished with performances by crowd-raising performers Power Struggle and Bandung 55, and a giveaway of an enlarged poster of the mural. 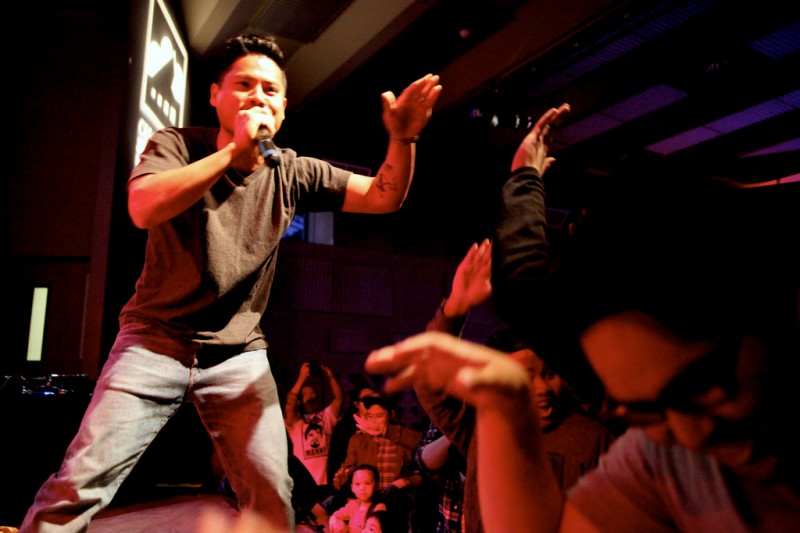 “We Stand on their Shoulders” is written at the bottom of the mural to show the achievements of their ancestors and unity among the culture.

The mural is painted outside the Cesar Chavez Student Center, near the entrance to the bookstore.