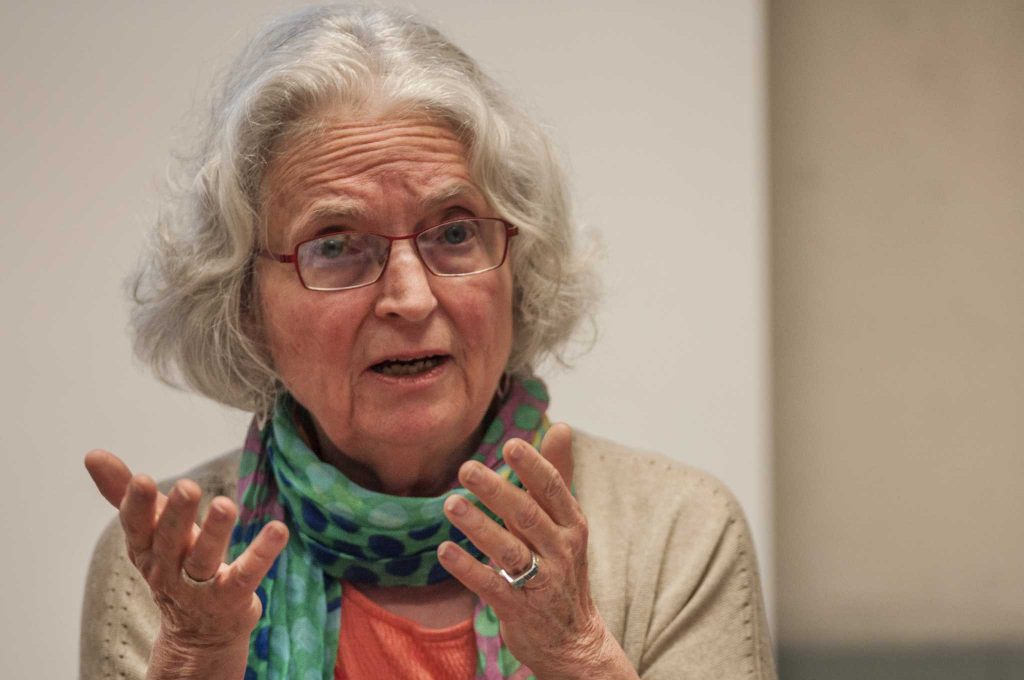 Bety Medsger, author of 'The Burglary' and former Washington Post writer, speaks to journalism students during a discussion of her book at SF State Monday, April 14. Photo by Jessica Christian / Xpress

Minimizing harm: a term journalists carry with them with each story they write and do their best to remain ethical. Ethics can be challenged at any point, but knowing what the public should know was the most important, at least to Betty Medsger. 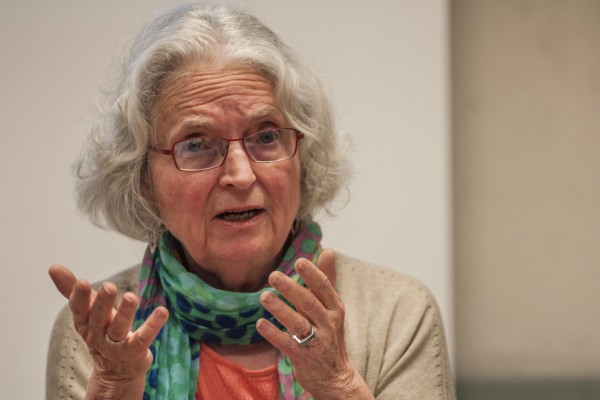 Betty Medsger, author of
‘The Burglary’ and former Washington Post writer, speaks to journalism students during a discussion of her book at SF State Monday, April 14. Photo by Jessica Christian / Xpress

Medsger, a former Washington Post reporter, sat down at her desk in March 1971 and opened up files that were sent to her. They were filled with stolen documents from an FBI office in Media, Penn. She had no idea who sent them, but she and her publisher Katharine Graham knew where the information should go: on the front page of the Washington Post.

“There was an atmosphere at the time that was such that the journalist had to think about if you were reporting on something controversial, controversial as far as the government was concerned,” said Medsger. “Some journalists had been called before a grand jury to testify about their anonymous sources.”

The Washington Post was the only publication that refused to return the documents and instead published a front-page story exposing the FBI and their secret surveillance activities, known as Cointelpro.

Medsger was the first journalist to publish about the surveillance activities. Two years later, it was discovered Cointelpro was shorthand for Counter Intelligence Program, a series of sometimes-illegal acts by the FBI, led by J. Edgar Hoover, that targeted political organizations.

Attorney General John Mitchell warned the Washington Post not to publish the information because they would endanger people’s lives. This turned out to be untrue.

There were a total of nine heist masterminds, led by John and Bonnie Raines, who were political activists who believed the FBI was tapping into their privacy. John Raines and Betty Medsger were acquaintances for many years before Medsger found out about their involvement.

“I never cared who did it and I didn’t think about it even, because I thought the only thing that was important was the substance and whether the substance was true,” said Medsger. “I also think that if they had become known, that the impact would have become altogether different.”

Students, who had previously read Medsger’s book “The Burglary: The Discovery of J. Edgar Hoover’s Secret FBI,” highlighted different points of Medsger’s talk that affected them the most.

“It was really interesting. I hadn’t heard about that story before,” Peter Snarr, a junior journalism student, read Medsger’s book in one of his classes and wanted to hear her speak. “It was interesting to see how this stuff reprints itself because the Snowden stuff came out and it’s pretty much the exact same thing, like Snowden is obviously Internet surveillance and this is kind of like paper trails,” said Snarr. “It was interesting, her relationship with John Raines, that’s weird that they kind of knew each other and he knew this whole time that she published all that stuff, but kept it a secret.”

Medsger was informed about Raines’ role in the exposure of the FBI office burglary when he introduced her to his daughter as the woman who they gave the documents they stole.

“What’s the role of the journalist in this situation,” said Ayesha Rizvi, senior journalism student. “And that’s kind of what spoke to me from the book in terms of, what is ethical because these are all stolen documents coming from a very unknown source, unverifiable, just a random letter on your desk. The way that she put it is that she felt the information was so important for people to know about, as compared to the ethics behind it.”

Medsger was a San Francisco State professor for 17 years, leaving in 1994. She taught a class on ethics, where she shared parts of her story with her students.

“We would talk about what if somebody steals information and gives it to you. And we would have fun discussing, what are the ethical issues, what are the legal issues, then I would reveal my own experiences.”