SF State was never a sports-oriented school, never should be 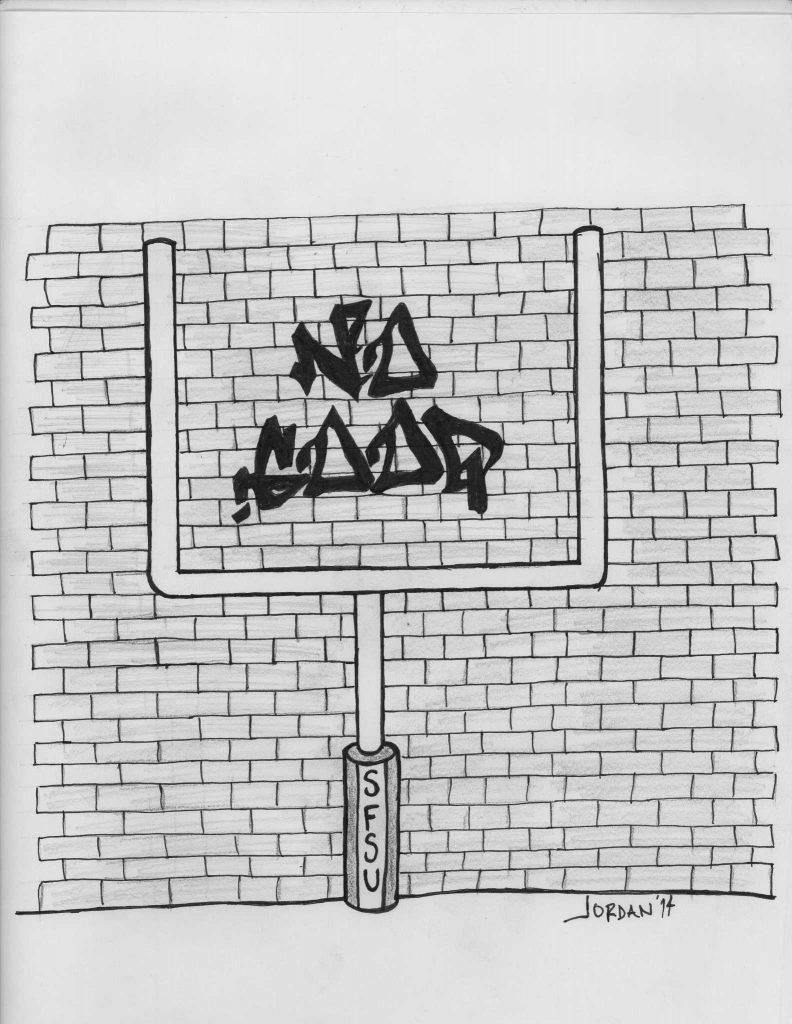 Think back to that moment you chose to come to SF State. You knew you wanted to go to college but the process of picking the right one depends on many factors. Maybe you came because you’re a local and it was the obvious choice or maybe coming to SF State was less about the school and more about getting the chance to live in San Francisco. 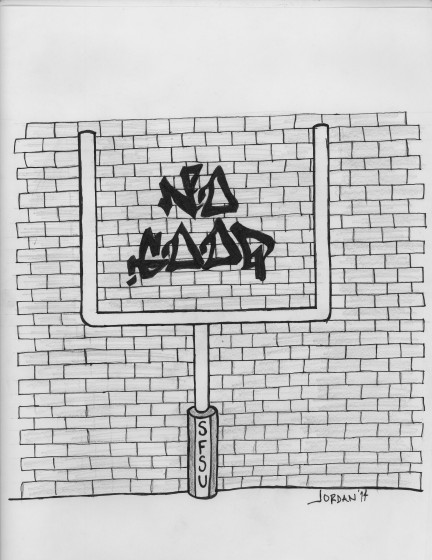 If you are like most of us, San Francisco has a certain allure to it that can’t be found anywhere else on Earth and has history to back it.

San Francisco is where beatniks became; where Jack Kerouac slaved over his typewriter and Allen Ginsberg wrote in blood and called it “art.”

This is where Janis Joplin, Jimi Hendrix and Jim Morrison took countless hits of Monterey Purple, spoke with God and regurgitated his words into music.

Today, this is the upcoming tech capital of the world and the headquarters for the gay rights movement; undeniably the most important civil rights movement of our generation.

San Francisco is the quintessential cool. It’s different and strange; feared but misunderstood. SF State should fit into the city like a hand in a velvet glove.

In the late ‘60s, a student protest at SF State resulted in the creation of the world’s first ethnic studies department and the first Black Student Union.

SF State had the guts to paint a Malcolm X mural on its student center, which is named after a famous socialist: Cesar Chavez. Students once organized a week-long occupation in the middle of finals week to prevent the mural from being removed.

SF State is not a sports school. It never has been and it never should be. This is a humanities school.

SF State President Leslie E. Wong is currently working on what has been dubbed “Wong’s Strategic Plan,” a systematic project that rebuilds aspects of SF State during the coming years. A portion of this plan is to create SF State’s place in the realm of college sports.

SF State has already begun to pour millions into the renovation of the gym and administration is even contemplating changing our mascot.

No one can deny that the gym needs major work or that an alligator has nothing to do with San Francisco, but sports should not be the focus of SF State.

We need to stick to our roots.

Now we are stuck in a transition where we are losing our edge and not gaining a significant sports community in exchange.

If you are into sports, you should transfer to UCLA. If you want to stay weird, either drop out or move to Portland.