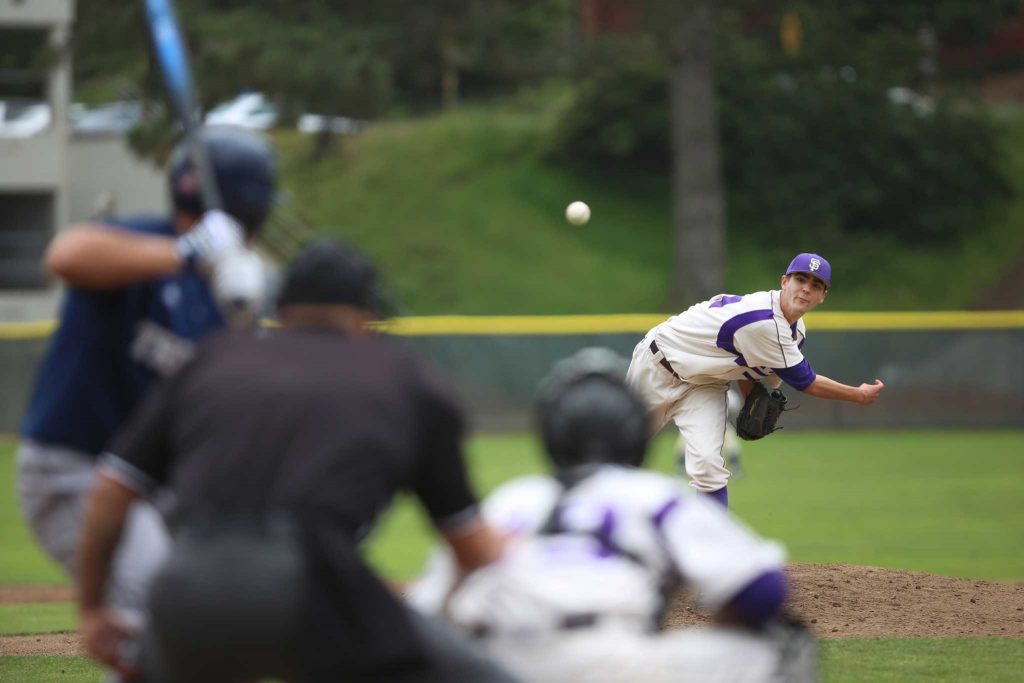 SF State's Jack Veronin pitches at the first game of a doubleheader against SF State at SF State' Maloney Field Friday, April 18. SF State lost the first game 17-3 but rebounded in the second and won 3-1. Photo by Rachel Aston / Xpress

With a chance to come out on top in a series against a top 20 team, errors and a scoring drought in the final three innings forced SF State’s baseball team to settle for the split. 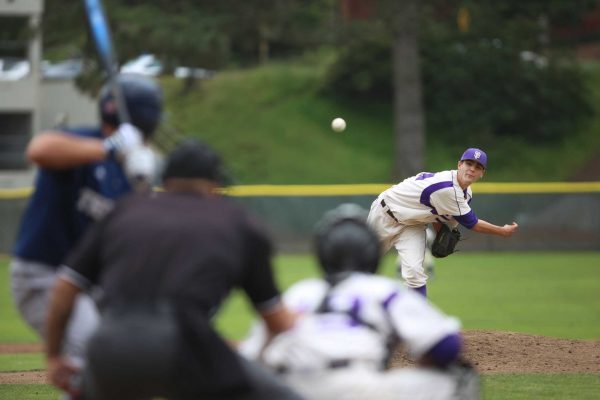 SF State’s Jack Veronin pitches at the first game of a doubleheader against SF State at SF State’ Maloney Field Friday, April 18. SF State lost the first game 17-3 but rebounded in the second and won 3-1. Photo by Rachel Aston / Xpress

In the final game of the series against UC San Diego, the Gators lost, 6-4 at home, April 19.

“Errors. Errors hurt us today; errors killed us,” said first baseman Garrett Heisinger. “If we can’t play defense for our pitcher then it ends up hurting us a lot.”

Heisinger led the offense with three hits and one run in his four at bats. Outfielder Carter Loud also helped carry the load with two hits and an RBI in three at bats and infielder Bryce Cherry added one run, one hit and one RBI in four at bats.

The Gators finished with 13 hits but any chance they had to tie the game was cut short with a Tritons’ double play to close the game.

In the field, the Gators’ defense struggled against the Tritons as it finished the day with four errors.

After starting pitcher Nolan Sheridan got two quick outs in the fourth, the Tritons refused to go down easily. After a fielding error by second baseman Danny Souza, UC San Diego managed to squeeze in three unearned runs before the Gators could escape the inning.

“We broke down defensively,” head coach Mike Cummins said. “We gave up six runs and only two were earned. I think that was what shot us in the foot today.”

Sheridan went five innings and gave up five runs on 11 hits with one strikeout. Relief pitcher Taylor Wade came in the sixth and allowed only one run on three hits to go with three strikeouts in three innings of relief work.

“We were down by two so I just tried to do what I (could) to keep us in the ball game,” Wade said. “I really wanted to get this win today. I gave it all I had today and just tried to get us some momentum going our way on the offense.”

Sheridan took the loss for the game and is now 2-7 for the season.

SF State split its doubleheader games with UC San Diego yesterday. After a 17-3 beatdown by the Tritons, the Gators were able to grind out a 3-1 victory.

The Gators are now 6-2 in their last eight games which include its sweep of the defending champion Cal State L.A. Golden Eagles last week.

This recent stretch of success comes after a trying time for the Gators, which saw them lose 13 of 14 games, including a season high, 12 straight losses.

“Overall, the last two weeks I’m very happy,” Cummins said. “We went 6-2 against two good teams. We’re in sixth place, fighting to finish .500. Our guys are hanging in there and doing a really good job.”

The Gators are now 19-23 for the season with a 14-18 record in the CCAA conference. They currently sit in sixth place in the conference, three games behind Cal State East Bay.

The team will next travel to CSU Dominguez Hills April 25 for its series opener against the Toros.