College of Liberal and Creative Arts open their doors for student showcase. 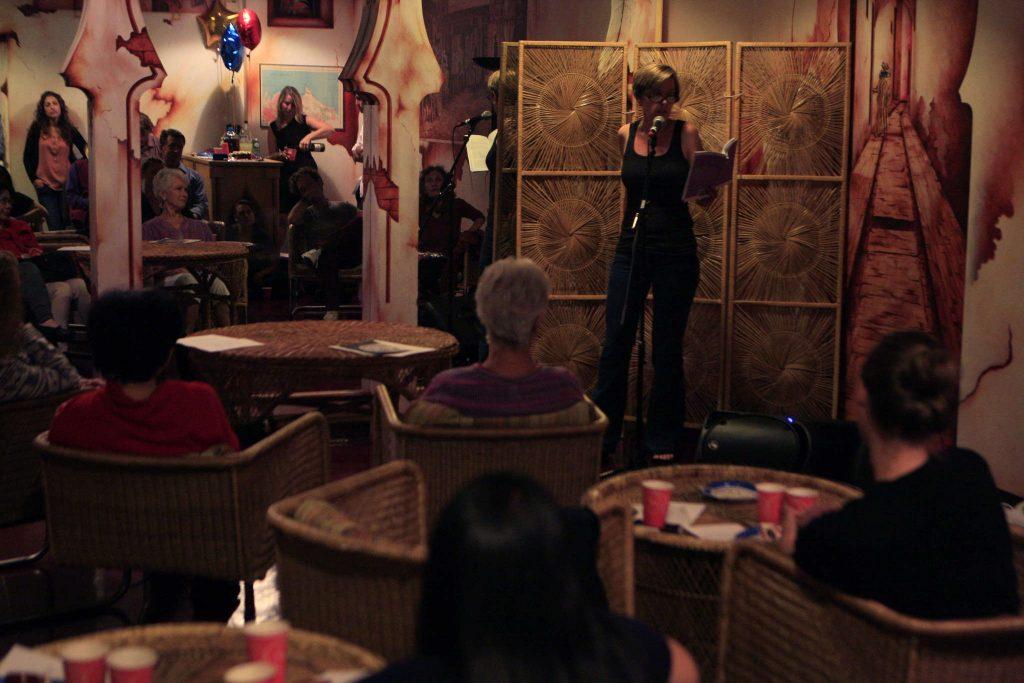 The second annual College of Liberal and Creative Arts Opening Day gave students a reason to brag about their work Sunday afternoon in a festival full of talent and creativity.

“We are opening all the doors to show what we have to offer,” said Oscar Villagrana, a music major. Villagrana said it was a day to showcase the University’s creative arts students’ work.

Associate Dean Todd Roehrman was excited and proud to show off the hard work of the students and alumni.

“It’s a reason to brag about what our students have done here,” Roehrman said.

Although the festival is only in its second year, Roehrman hopes that it will remain successful in  in the future.

Sunday’s festivities began with MFA graduate student Jason Jakaitis’ “Mothersbane”, an SXSW Winner for Best Short Documentary. Many students from the department have been apart of the most prestigious film festivals in the world, including Sundance, Berlin and Cannes.

Other films made by SF State alumni that also won awards include “Waiting for a Train: The Toshio Hirano Story” by Oscar Bucher, which won Best Short Documentary at the Sundance Film Festival and “Stepsister” by Joey Izzo, shown at the Cannes Festival Cinéfondation.

The Hollywood Reporter ranked SF State number 23 on their list of 25 top film schools colleges in the country posted on their website.

Upstairs in the Dance Studio was a special performance by alumni dance students.

Ornelas said he appreciates the quality of teachers in the department. “They prepare you for a professional career and give you life advice,” Ornelas said.

Yee agreed that the department has been successful in its teachings.

“There is great training for dancers who want to perform professionally,” Yee said.

Located in the Fine Arts building was an exhibition of “Bay Area Collage,” which featured the work of many contemporary artists. The exhibition will be open for viewing until Oct. 16.

The day ended with a concert by SF State’s own Alexander String Quartet. The Quartet received a standing ovation and played an encore for the audience in McKenna Theatre.