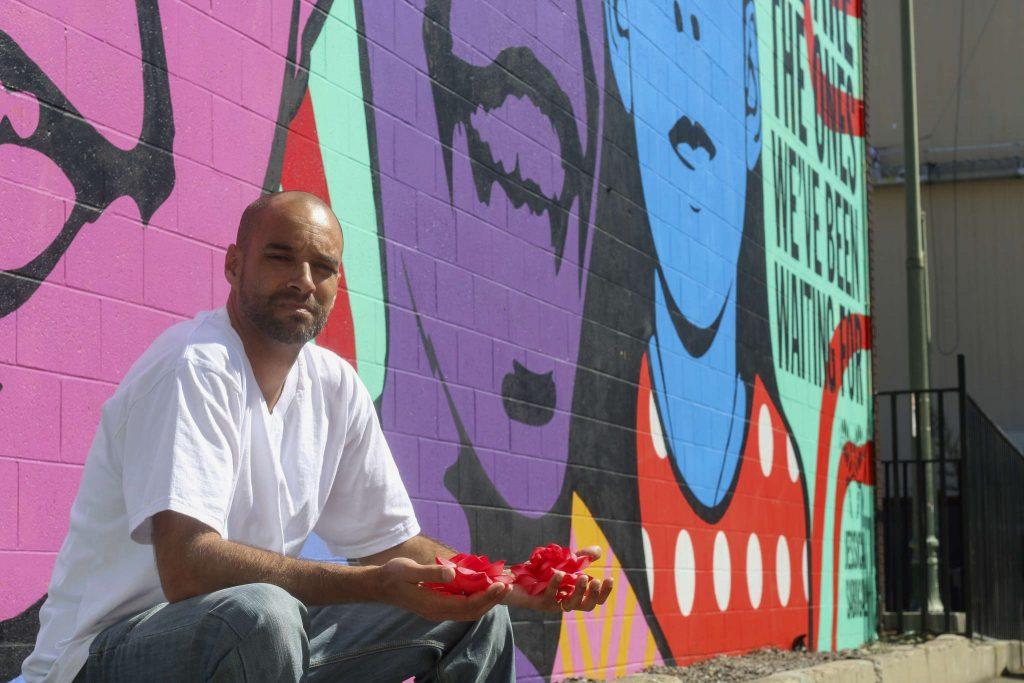 Jeff Duncan-Andrade, Ph.D, a 43-year-old Associate Professor of Raza Studies at SF State, poses for a photo at Thomas L. Berkley Way (20th Street) and Telegraph in Oakland in front of the mural "We Are The Ones We've Been Waiting For" by Jessica Sabogal, a Colombian American graffiti artist. Photo taken in Oakland, Cali. Friday, Sept. 26, 2014.

“He thinks he can go to Berkeley,” his math teacher said to him in front of the entire class.

Jeff Duncan-Andrade, a Raza Studies and Education professor at SF State, still remembers those words 25 years later, proof that the relationship between a student and teacher goes beyond the classroom.

After graduating from the University of California (UC) Berkeley with honors and teaching for more than two decades, Duncan-Andrade expects to provide the same level of student-teacher relationships he has provided through years of teaching with his new creation, the Roses in Concrete Community School in East Oakland.

“I’ll never forget that, what power a teacher has,” said Duncan-Andrade, adding that his teacher’s reaction was not uncommon at his high school or in the schools he has worked at throughout the past 20 years.

The project was first established in 2012 and next month’s board meeting will determine the fate of the school. If approved, the program will begin to build the school this winter, according to the project website.

“If we do nothing different as a district in how we respond to the material condition in kids’ lives, from the city to the classroom,” Duncan-Andrade said at an Oakland Unified School District (OUSD) meeting last week, “that there will still be individual kids who find their way through the cracks in the concrete.”

The program name, pulled from Tupac Shakur’s poetry book “The Rose that Grew from Concrete,” is a metaphor that describes urban youth as having the will and tenacity to thrive in harsh conditions.

“It starts with stabilizing a basic needs framework for our kids and our families,” Duncan-Andrade said. “And (then) moving up in that framework to creating a classroom and school environment that (is) loving and gives kids a real sense of belonging.”

Rather than students’ self-esteem and self-value being the focus of an after school program, they are an integral piece of the curriculum.

“(The teachers) are not just a friend, they become a mentor in your life. It goes beyond the student-teacher relationship,” said Veralia Sanchez, one of Duncan-Andrade’s former students.

Sanchez met Duncan-Andrade when he taught at the East Oakland Step to College (STC) program, a collaborative effort between local high schools and the departments of education and ethnic studies at SF State.

STC students are high school seniors who take college preparatory courses that transfer over to college or university credit. The program is known to increase high school graduation rates among disadvantaged minority students, while helping them make a successful transition into a higher education environment.

“Schools all too often are set up in ways that are not conducive to learning,” said Jessica Arroyo, a teacher and member of the Roses in Concrete Community School’s design team. “There is high anxiety and traumas and everyday struggles that students often in Oakland—or in any community really—have to cope with and deal with.”

Duncan-Andrade would constantly hear that the best way to escape environmental hardships was to receive an education rather than investing in the community.

“We (Roses in Concrete) fundamentally disagree with that perspective,” Duncan-Andrade said. “We believe that the group that is most likely to change the block is the young people from the block.”