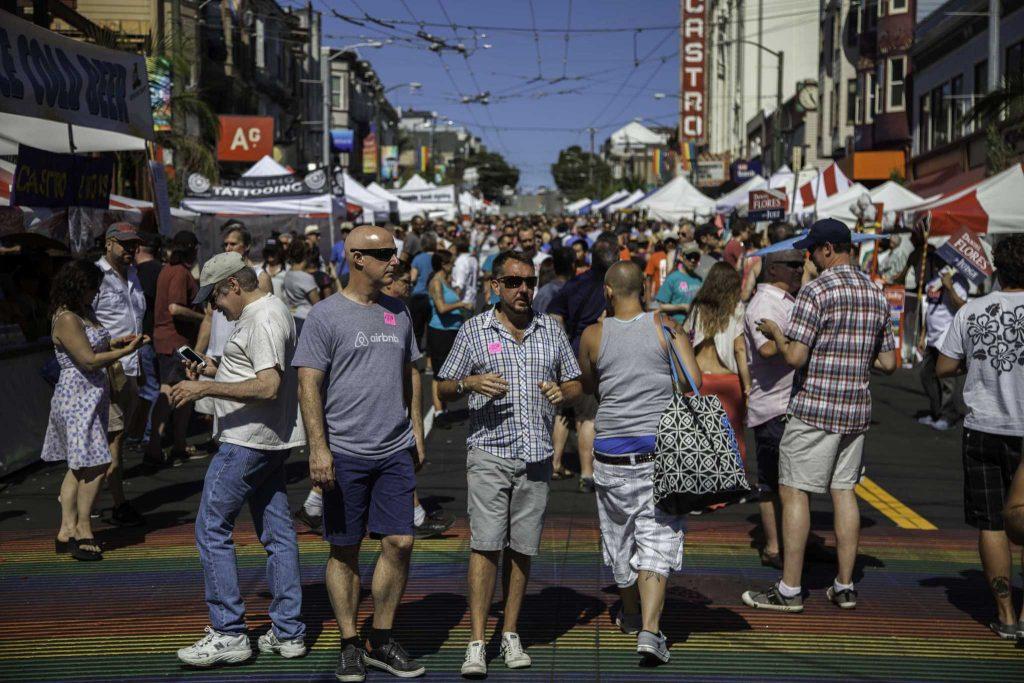 The Castro Street Fair entered its 41st anniversary smoothly as street construction, which began in March and was set to end this November, did not interfere with festivities.

“It’s the opening of the new Castro Street,” said Logan Alexander, the vice president overseeing the fair. “I’m excited that everyone will have a chance of seeing the new neighborhood and that our event will help draw people to see the changes.”

For over a decade, Alexander has been active in organizing the Castro Street Fair and was recently selected as vice president of his organization last month. Alexander said the fair is a non-profit effort and all proceeds go to charitable organizations in the city. Last year they raised over $70,000 for local beneficiaries and non-profit organizations.

Alexander said the reconstruction is crucial to a better Castro Street, with the street-widening being the most important change.

In May 2013, the San Francisco Planning Department, alongside Public Works and the San Francisco Municipal Transportation Agency, invested $8.3 million to alter Castro Street in an effort to beautify the neighborhood, widen and repave the street, according to their website.

Last March, construction workers raised chain-link fences and deconstructed the neighborhood in order to start renovations. Despite the attention paid to upgrade the street and make it more accessible for everyone, Kristen Cammeyer of Blush Lounge said she noticed business slowing down.

“People thought we were closed when we were open, “ said Cammeyer, a bartender at the restaurant lounge situated in the middle of Castro Street between 16th and Market Streets.

Hundreds of fair attendants passed by the Blush as Cammeyer served her customers glasses of chardonnay wine with accompanying cheese plates. Despite the construction slowing down her business, she embraces the changes occurring on Castro.

“I think the street was in dire need of a change,” she said. “The new crosswalks are super cute.”

Jonathan Ramirez scarfed down his sandwich outside Posh Bagel directly across the street from Blush as his boyfriend stood next to him watching the street vendors. Ramirez is a Castro resident who moved into the neighborhood two years ago and isn’t as positive about the new appearance.

“The new crosswalks are a little too gay,” Ramirez said, “I think the neighborhood is wonderful but everyone already knows the Castro as San Francisco’s gay district. We don’t need a rainbow-colored distraction on our major intersection.”

Though the new construction garnered mixed reactions from residents, Alexander said it will be worth it in the end.

“It has been a great improvement for the city and it entices more people into the neighborhood,” he said. “Any type of construction is going to have some drawbacks, but in the long run there will be benefits to the community.”