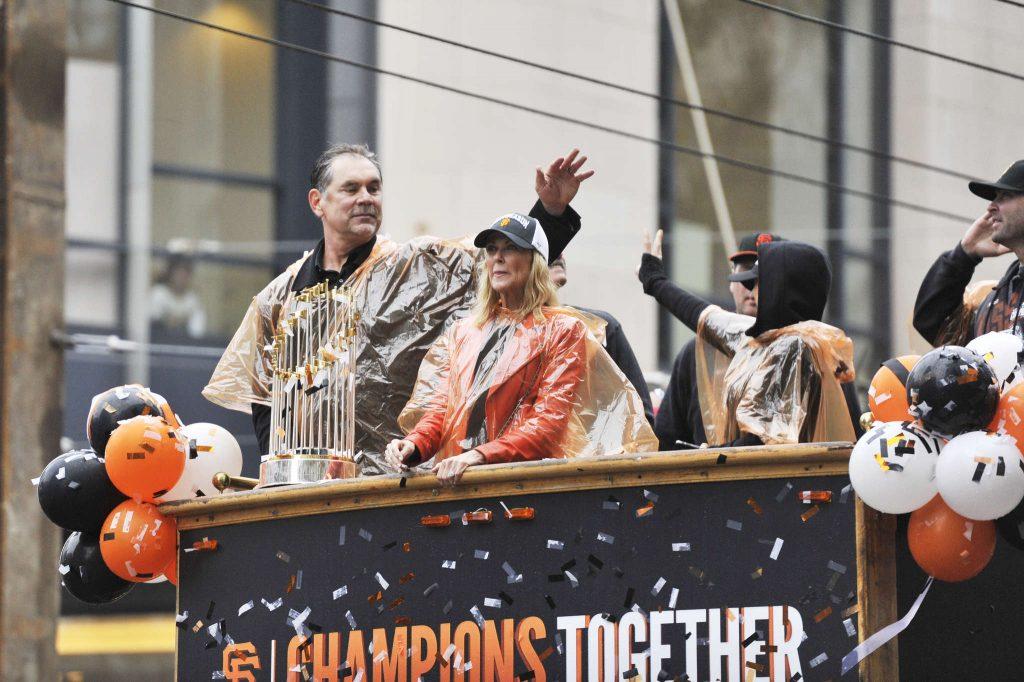 Fans waited behind the barriers lining Market Street in anticipation for their favorite players, who cruised down the parade route in sleek double-decker busses.

Clouds of black and orange confetti rained down on the crowd as they saw their postseason heroes and legends, including Willie Mays, Willie McCovey, Juan Marichal and Barry Bonds.

“It was awesome to see the old players, especially surprising to see Barry Bonds. I grew up watching him so to see him celebrating was pretty cool,” said SF State student Bill Alveranga.

The parade began on Market and Steuart streets at noon and continued westbound to City Hall and Civic Center Plaza, according to the San Francisco Giants.

Fans from all over camped out hours prior to get the best vantage point for the parade after the two previous celebrations proved hectic for attendees.

“I got here around six o’clock to get a good seat because I heard last time it was impossible to get a good view,” said Daniel Henderson, 16, of Pittsburg.

Police Chief Greg Suhr said he wouldn’t be surprised if a few million people attended the parade, according to SFGate, however there appeared to be significantly less fans than in previous years.

“I think the rain scared away a good amount of people,” said Seu Ramirez, 27, of Tracy. “As soon as they won, me and my friends already started planning on going to the parade, rain or shine.”

Despite the rain and crowded streets, fans came out and celebrated the team’s victory.

Mayor Ed Lee said he was excited to welcome the Giants home in the city-wide celebration.

“San Francisco could not be any more proud of its hometown San Francisco Giants for their third World Series victory,” Lee said in a press release. “The Giants have shown their magic once again as this improbable group of players refuses to quit.”

For many fans, the celebration proved an emotional win after a long and stressful season.

“(It was) the most dominant postseason performance I’ve ever seen or probably will ever see,” said University of San Francisco student Francesca Zarate. “I cried when they won and I’ll probably cry at some point today.”