Rappers turn out for The Depot’s Turn Up event 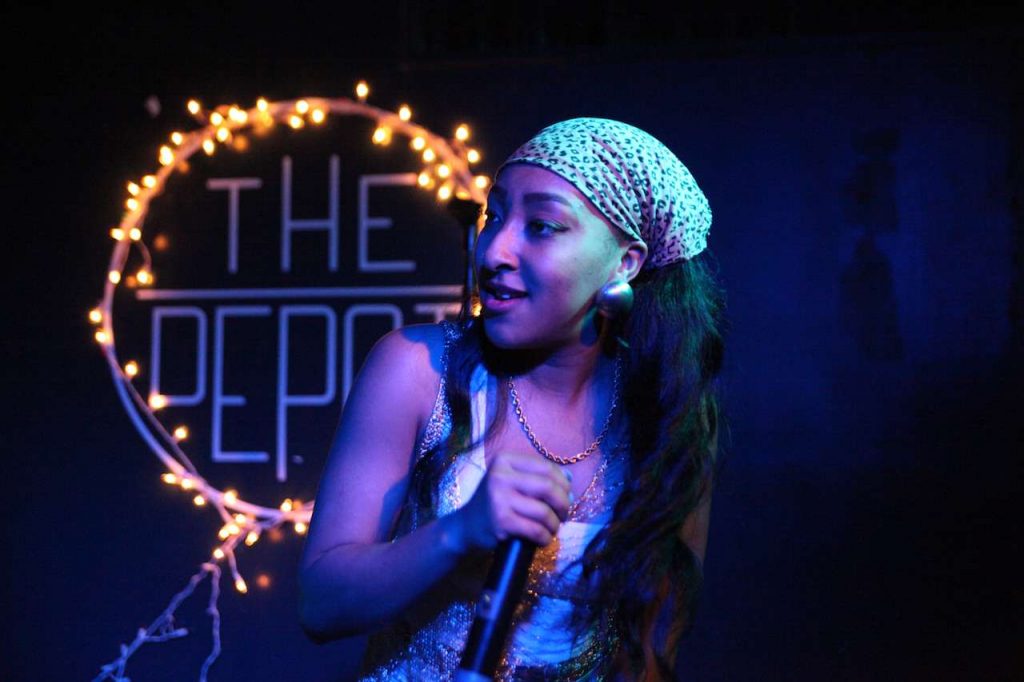 The Depot created quite a stir at SF State as quick-spitted words and deep beats echoed through the Cesar Chavez Student Center from a group of up-and-coming Bay Area rappers who gathered together to show students what the hip-hop culture has to offer. The group of diverse rappers graced the stage, showcasing their individual styles, talents and cultures in an event called “Turn Up!” last Wednesday.

Michael Jordan Payton, also known as M. Payton, is a local rapper who has produced his own website, music videos and production company. The 23-year-old Broadcast and Electronic Communication Arts major recently ended his reign at the KSFS radio station on campus where he was the general manager and was soon after contacted by The Depot to piece together a hip-hop show with local artists, like he had done so in the past.

“So I made a couple of phone calls and here we are,” Payton said with a smile as the first performer’s lyrics began to fill the room at the event.

Haidar Abu Al Hasan is a 20-year-old BECA student who goes by Emcee Element when he takes the stage. “It’s self expression, poetry, inner feelings, it’s all about how you feel,” Hasan said, in describing his definition of rap. “But at the same time, I say ‘groove,’ ‘turnt up’ and all that good stuff.”

Lights beamed across the stage, lighting each of the rapper’s perspiring faces with an aura of emotion as they quickly expressed feeling, events and thoughts through words, beats and phrases. A duo stepped up front early on in the night. Friends Rodrigo Williams and Bismark Navarro, known as Roddy Picante and Stay Bizzy to their fans, illustrated how two different artists can coagulate to form an individual song and rap genre of their own.

“I said ‘let’s try and make something of this, we got too much talent between ourselves to let it go away and not try,’” Williams said. “It just comes natural and we have fun doing it.” The duo does not currently attend SF State but works together with DJ Irry, who is currently enrolled at the University.

Christian Thomas, with a stage name of Chris O’Bannon, was one of the youngest rappers to clutch the microphone that night, and has many hidden talents beyond his notion of being a BECA student at SF State. Besides his stimulating rhythms and tone, Thomas enjoys playing guitar and collaborating with other artists.

His presence on stage was unlike any other, as he interacted and reached through to the audience physically and mentally with his performance. Thomas’ music was inspired by many artists but one stood out.

“I look up to Frank Ocean because his song writing is what I aspire to be,” he said.

Rap is no hobby here at SF State. To most of these artists, entertainment is their future and they have the online presence to show it. With local shows, YouTube videos and sensational lyrics, the University’s own have a lot to offer, and albums and songs dropping to prove it.

Although stereotypes exist in music genres, many of these artists believe this mold was meant to be broken and that newcomers should be receptive.