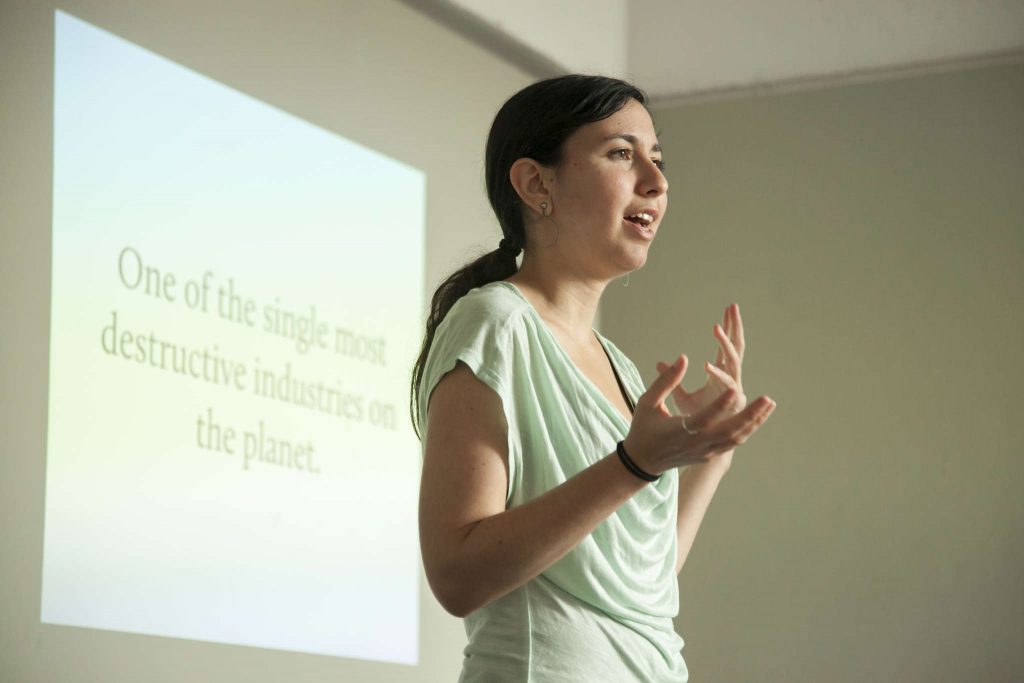 The founder of an Oakland-based nonprofit shook up SF State students today with some surprising statistics about the environmental impact of the factory farming industry and the dietary habits that sustain it.

The Sustainable Initiatives office invited Katie Cantrell from the Factory Farming Awareness Coalition to speak in the student center about the nature of factory farming. To make the whole discussion more palatable for current meat-eaters, Cantrell focused more on the environmental implications than the ethical, according to Liana Derus, manager of Sustainable Initiatives.

“It takes a lot of courage to approach an issue like this,” Derus said. “It’s hard to draw a crowd because most people don’t want to go out of their way to find out why their steak is exacerbating the drought.”

During her presentation, Cantrell provided data to show the large-scale effects of individual dietary choices, especially in terms of water resources.

“Animal agriculture is one of the single most destructive industries on the planet,” Cantrell said.

More than nine billion land animals are raised and killed for human consumption in the United States every year on average, according to figures provided by the Humane Society of the United States.

Raising those animals requires an enormous amount of land and water, Cantrell said. In California, local consumers only use 4 percent of all water supplies, whereas the meat and dairy industry heavily contribute to 90 percent of all water used on agricultural production in the state, according to Water Footprint Network.

“The impacts of our personal water choices are tiny compared to the impact of our food choices,” she said.

Knowing how hard it can be to digest all that information, Cantrell made it a point to interrupt the discussion with short “cuteness breaks” that included photos of baby animals.

“I’m not saying that eating meat is directly going to cause civil wars, but it’s certainly contributing to problems that are destabilizing communities all over the world,” Cantrell said.

Derus, a vegan, said most people don’t fully understand the effects of their individual behavior, especially with complex systems like the factory farming industry. “With more transparency, it’s easier for people to people to make different choices about their diet,” she said. 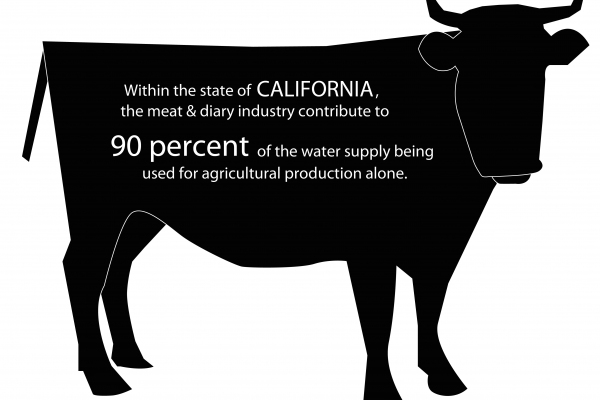 [/media-credit]Heather Russell, a visual communication design major, was vocal during the discussion, mentioning that she was concerned about the impact of big agriculture in her own hometown of Petaluma.

“I think it’s terribly unhealthy for our social and economic environment to have a few, usually-white, male upper-middle class educated people in charge of something like food,” Russell said.

Some of those in attendance admitted to fearing what they’d find out. Ellie Razlenjani, a 19-year-old in the environmental studies department, said she had just become a vegetarian and wanted to get involved.

“I feel like I’ve been in the dark most of my life – somewhat intentionally – I guess because I was afraid to find out what was really happening,” Razlenjani said. “I just want to be less ignorant.”