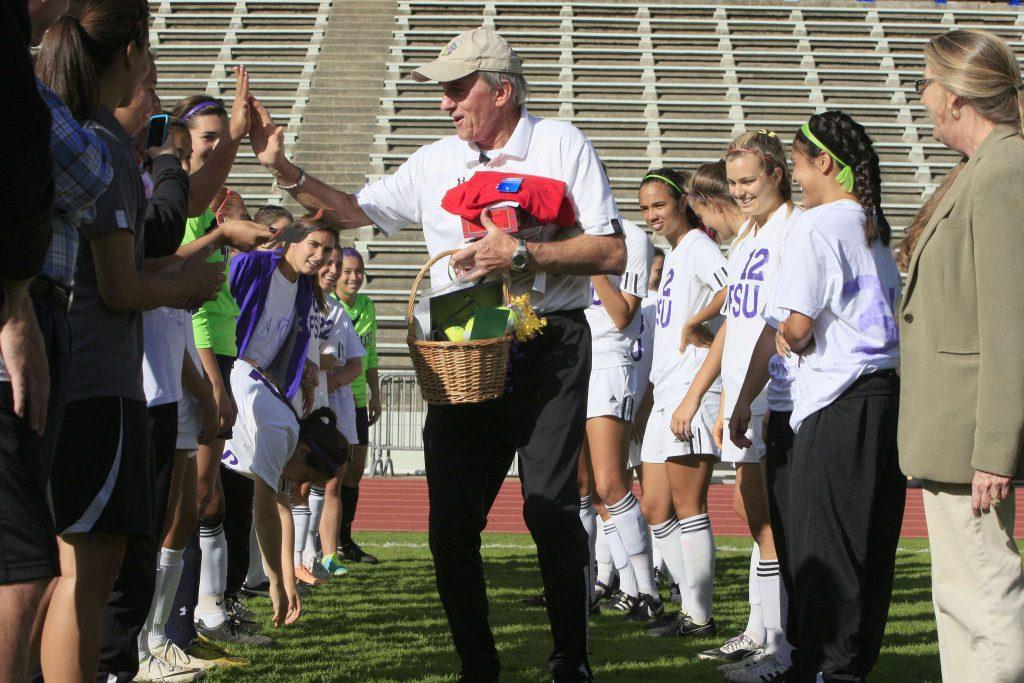 An illustrious 35-year coaching career came to an end for the father of women’s soccer at SF State this semester, when he decided to step down and end an era for SF State athletics.

Jack Hyde, 70, joined the University’s soccer program in 1979, where he coached the men’s soccer team and taught physical education. Since then, he has created and improved the women’s soccer squad.

“It’s felt like five years, but it’s been a long time,” said Hyde with tears in his eyes.

Hyde, who prompted the organization of a women’s soccer team at SF State in 1982, comes from a rich soccer background. He played county-level soccer in England, his native country, before making several stops around the globe, including Canada, South Africa and here in the U.S.

After his career as a player, Hyde began to coach at several schools in Northern California. He made his way through Bishop O’Dowd High School in Oakland, Diablo Valley Junior College in Pleasant Hill and the University of California Berkeley as an assistant coach, eventually landing at SF State, according to the Gator athletics website.

Throughout his stint as coach at SF State, Hyde managed to make history in 2002 when his team was named Co-CCAA Northern Conference Champions and he helped his team advance to the NCAA Division-II National Championship tournament, according to the Gator athletics website.

“Throughout my career, what has always made me think is how do we get the best out of these players,” Hyde said. “And how can we help them perform their best and how can we work as a team.”

Hyde walks away from SF State leaving behind a legacy. He said he could not pick out a single memory as his favorite.

“One of my greatest (memories) is winning the conference title in 2010 and also when we were selected to the postseason playoffs,” Hyde said. “But I’ve got a bunch of photographs all the way around the office of each year’s teams that we’ve had.”

Despite a tough 2014 season, senior defender Stephanie Vanni said she felt fortunate and happy to have played for the legendary head coach.

“If we could, we would give him the whole world,” Vanni said. “He’s put so much time and dedication into this program, not only this past year, but all 35 years here. Playing for him has been amazing. I wouldn’t want to have any other coach.”

Sophomore forward Autumn Fox said that being apart of Hyde’s final team was an honor, and that she will remember Hyde as one of a kind.

Now that his coaching years are over, Hyde plans on remaining active physically, spending time with family and keeping up with the very team he built.

“What’s next for me? I’ve got tons of things to do. I play tennis, I ride bikes and I want to go and ride my bike while I still can and don’t fall off,” Hyde joked. “When (the team) starts next season, I’m going to come up and watch a game or two and see how they’re doing.”