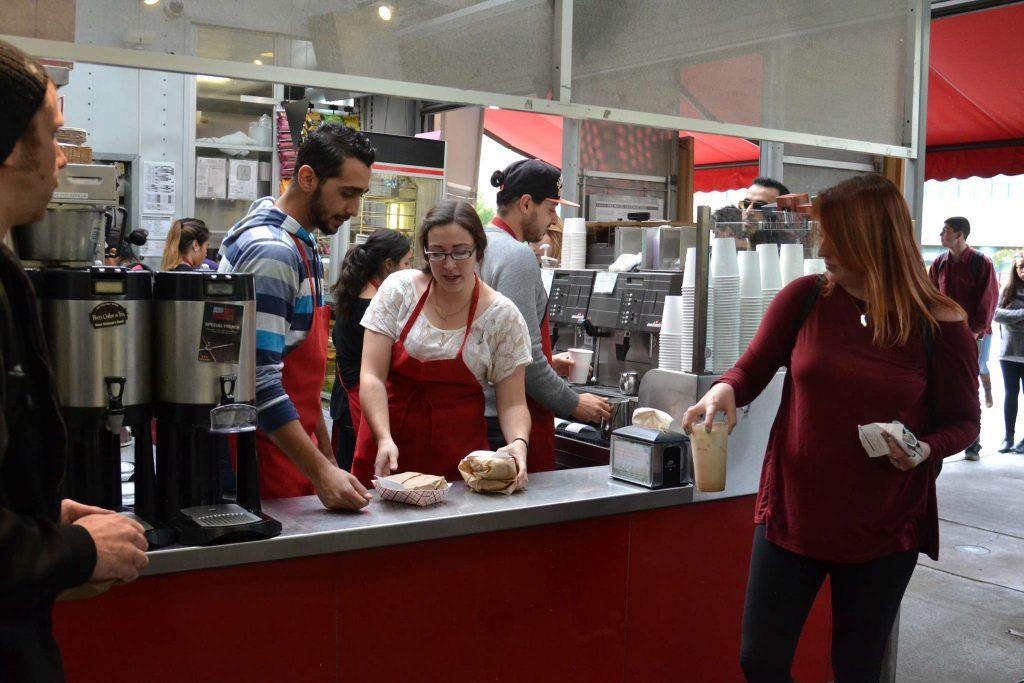 SF State student and bookstore worker Lindsi Lakatos has worked at the campus bookstore for two and a half years, and has found making ends meet on low wages to be a struggle. While Lakatos received a boost in pay after Follett purchased the bookstore in 2012, she still felt the need to get a second job.

“Before, it felt like I couldn’t even pay my rent,” Lakatos said. “But now that I have two jobs, I feel like I can be comfortable.” Still, Lakatos said she never has extra money.

The San Francisco Minimum Wage Ordinance, which voters passed Nov. 4, aims to help low-wage workers. Under the law, the city minimum wage will increase incrementally over the next four years and by 2018 the minimum wage will be $15 per hour.

Despite the raise for San Francisco’s workers, it is still legal for student workers employed directly by SF State to be paid the lower California minimum wage of $9 per hour, according to S.F. State economics professor Venoo Kakar.

“Hourly wages for student workers on campus vary significantly,” Kakar said of a survey she took among 130 student workers. “For instance, the hourly wage for students working at resident services is $9.75, at the library is $10.50 and as IT staff is $12.” 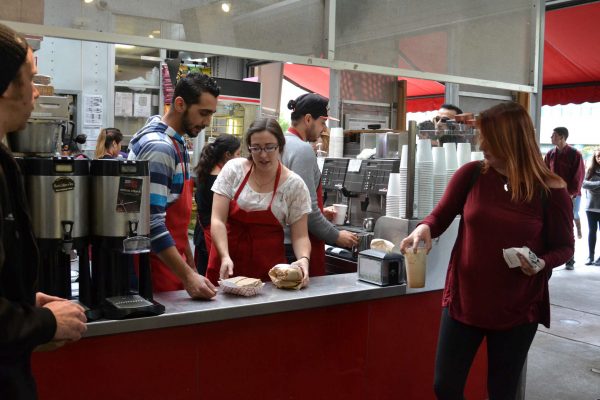 While outside organizations operating on campus must pay the city minimum wage, work-study positions and other jobs where the University is the direct employer must only pay the state minimum. For this reason, some students avoid on-campus employment.

“On-campus jobs are a last resort,” said creative writing major Priscilla Little. “I’m not going to get a job that pays me less if I can go across the street and get one that pays me higher. It’s hard to support yourself, especially as a student.”

Other students are more concerned with career building than money and some feel that the benefits of direct employment by the University outweigh the lower wages.

“It’s good to be on campus,” said Maxwell Breem, who has a job in the Career Center through work study. “It’s very flexible because they know I’m a student. I think on-campus jobs will remain sought-after because of convenience.”

Breem also said that University employment is a good way for student workers to make connections and get references after graduation, another reason he chose the lower paying work-study option.

“Raising the minimum wage is becoming a consensus idea among the public, policy makers and most economists — especially in this era of economic insecurity,” Preston said.

Lakatos, Breem and Little agreed that a $15-per-hour minimum wage would significantly affect their quality of life and ability to pay their bills.

“This will allow some of us to advance,” Preston said. “And it also shows the political power of policies that directly benefit working families.”