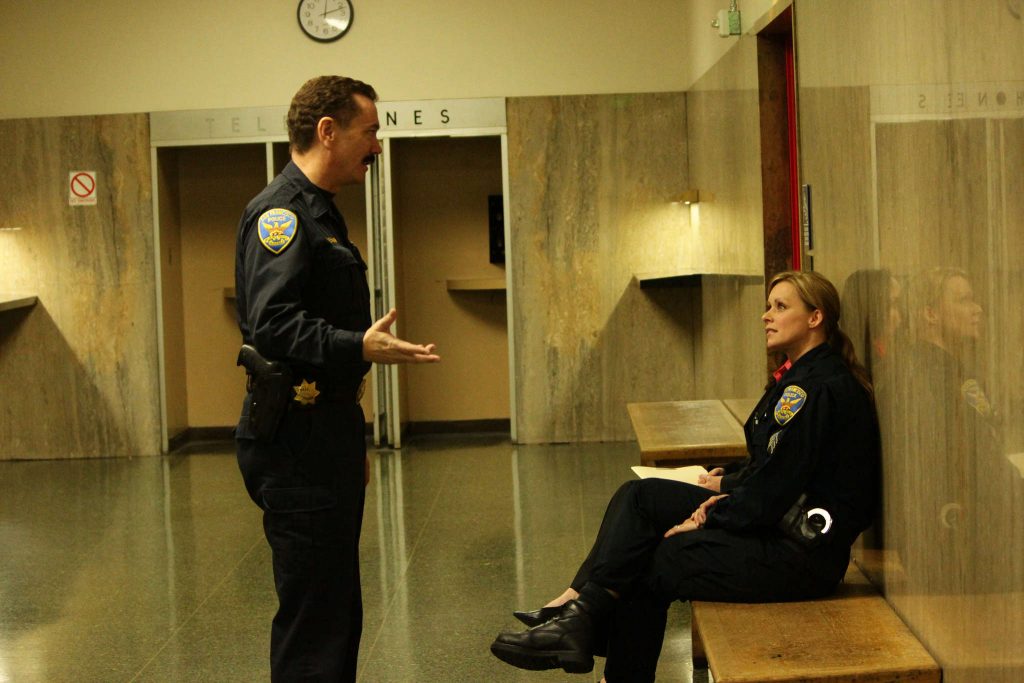 Crime scene investigators John Evans and Lyn O'Connor speak during an intermission in the preliminary hearing of Nikhom Thephakaysone at the Hall of Justice, Nov. 18, 2014. Nashelly Chavez/Xpress. 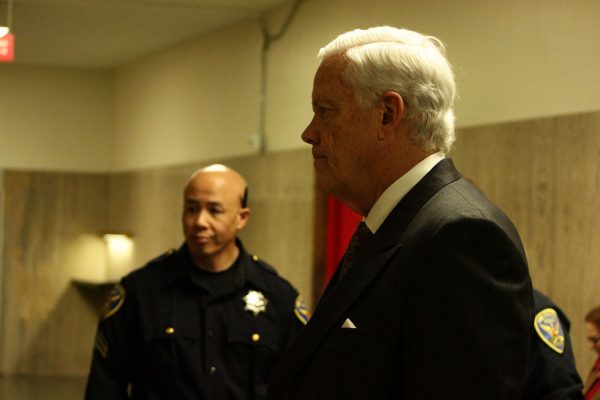 In a preliminary hearing postponed for months after SF State student Justin Valdez was shot and killed, investigators presented fingerprint analysis Tuesday to connect a suspect to last year’s murder.

Nikhom Thephakaysone, who pleaded not guilty to the murder of the 20-year-old Valdez as the student stepped off an eastbound M-Oceanview Muni train in the Ingleside neighborhood September 2013, appeared thin in an orange jumpsuit at the Hall of Justice.

Alongside the murder charge, Thephakaysone pleaded not guilty to two felony counts of assault with a deadly weapon and possession of an illegal assault weapon at his arraignment Oct. 2, 2013.

Assistant District Attorney John Rowland entered several pieces of evidence in the courtroom, including photographs, an ammunition magazine, a .45 caliber handgun and a bullet casing.

Defense Attorney Robert Dunlap asked O’Connor if she had compared potential matches, besides Thephakaysone’s, to the identifiable fingerprint found on the magazine, to which she responded “no.” 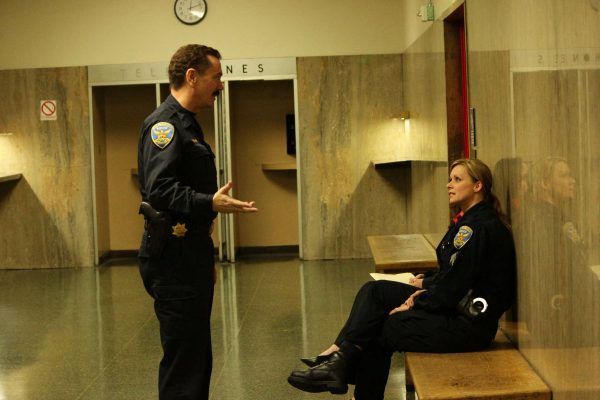 Crime scene investigators John Evans and Lyn O’Connor speak during an intermission in the preliminary hearing of Nikhom Thephakaysone at the Hall of Justice, Nov. 18, 2014. Nashelly Chavez/Xpress.

Crime scene investigator John Evans, who was on the scene of the crime, said in court that the firearm and magazine were found in a storm drain at the intersection of Orizaba Avenue and Lobos Street, less than a block away from where the shooting happened at Randolph and Bright streets.

“There was no firearm number, it had been obliterated or defaced, ” Evans said about the weapon. He also said that the .45 caliber handgun was unloaded when police found it.

Ellen Moffatt, forensic pathologist for the medical examiner who was at the crime scene to identify the body, revealed in court that Valdez was not killed as a result of a gunshot wound to the back of the head.

“He died as a result of the gunshot wound to his back,” said Moffatt, who concluded that the manner of Valdez’s death was homicide.

No bail was set for Thephakaysone at his arraignment last year. During the hearing Dunlap asked the court to set an appropriate bail, which Superior Court Judge Brendan Conroy denied.

Thephakaysone is scheduled back in court Dec. 2 at the Hall of Justice.