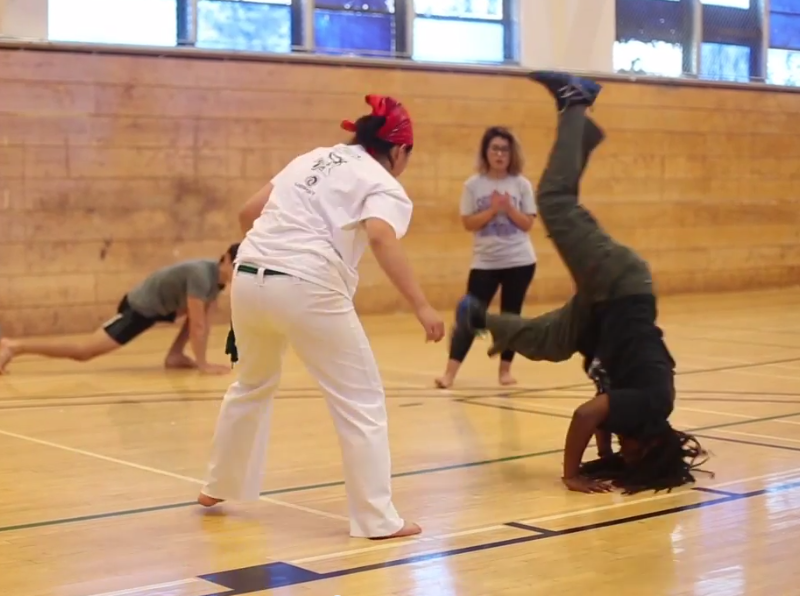 The Capoeria Club at SF State practices their art in the Gymnasium at SF State. Annastashia Goolsby/Xpress.

Look, it’s martial arts. No, it’s acrobatics. No, it’s capoeira. Among a dozen sport clubs at SF State, the Capoeria Club, consisting of a Brazilian martial art incorporated with dance, acrobatics and music is one of the most enthralling. Despite being a mere five years old, the club attracts students who want to stay in shape, meet peers and learn a new art. All it takes is self-motivation and a keen eye to anticipate an opponent’s next move. Are they going to do an armada? An esquiva? A cutelo? The only way to know is to learn.