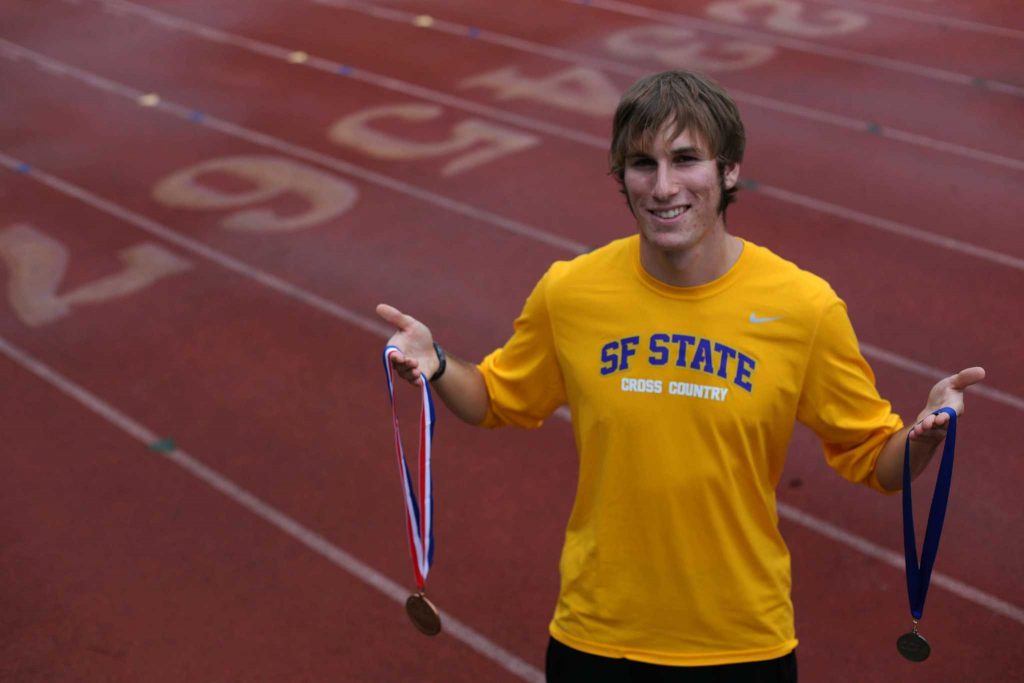 After two years of sitting on the sidelines and almost losing his ability to walk, SF State cross-country runner Drew Feldman beat the hurdles of his injuries to bounce into a break-out 2014 season.

“It was a tough time,” Feldman said. “I wasn’t sure if I would be able to run again at all ever for my life. To be able to come back this year, to compete, it was really rewarding.”

Redshirting his freshman year in 2012, Feldman didn’t step foot on the track. Instead, he stood on the sidelines and witnessed his fellow teammates enter the NCAA Division II National Championship race for the first time in SF State history.

Feldman said he was happy to see his team go to Nationals, but wished he could have participated. Hungry to join the team on the track, Feldman developed a rigorous training schedule during the summer of 2013 that included running an average of 18 miles every day. By the end of the summer, Feldman was running anywhere from 90 to 100 miles a week.

Training for what would have been his first season as a Gator, Feldman saw himself on the sidelines for a second consecutive season due to a stress fracture in his legs caused by his strict training.

“I remember (the doctor) told me ‘your season is done. You’re done running, you can’t come back,'” Feldman said. “I couldn’t be on my legs too much but I still had to keep working to pay rent, so I was on crutches at work.”

Despite the physical obstacles Feldman faced, the cross-country runner finally competed after two inactive years, by finishing first in four out of five races. His hard work and passion for running set him apart from his teammates.

Feldman was a first-time recipient for the All-California Collegiate Athletic Association award and was the 2014 CCAA Newcomer of the Year. He was one spot shy of clinching a ticket to Nationals as an individual runner.

Michael Garaventa, who has been friends and teammates with Feldman since high school, said Feldman is always looking for new ways to help out the team and has a special talent that sets him apart.

“I have known Drew since our Monte Vista cross-country days and as a teammate, he has the drive to win,” Garaventa said. “He leads by example of what you have to do to do well in this sport. He will only get better each year because he never stops making goals for himself.”

With the track season approaching, Feldman plans to compete in the distance runs and will continue to train for the 2015 cross-country season to secure a spot in Nationals as a team or as an individual.

“I was one spot off, I was the first loser in my opinion,” Feldman said. “I’m going to do the same training for Nationals. It makes me more hungry for success.”