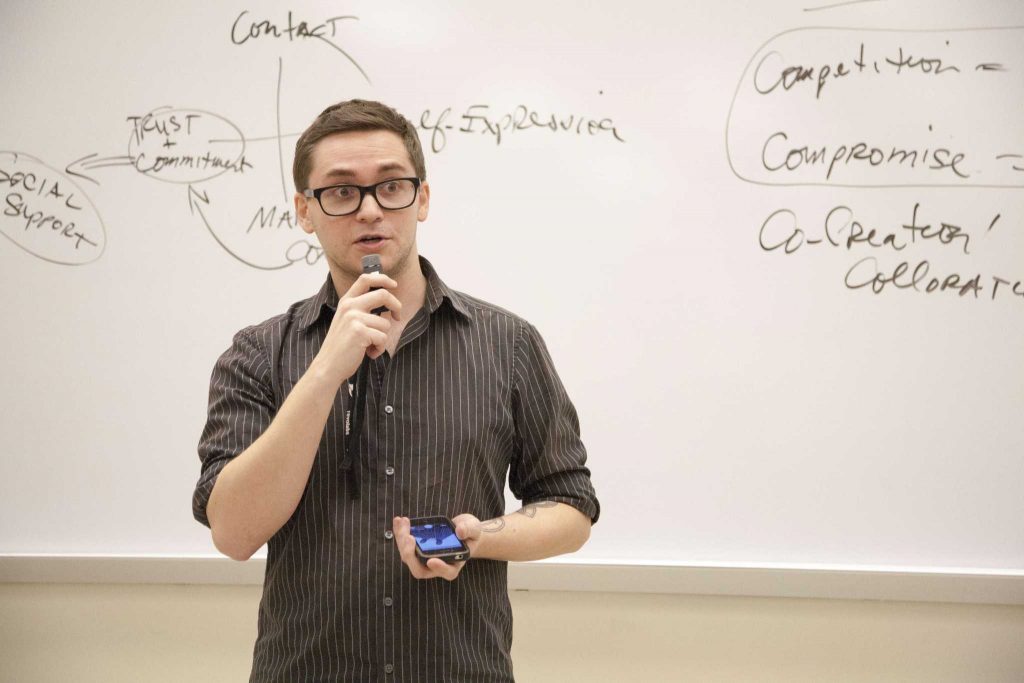 When an award-winning Bay Area filmmaker heard that a fellow graduate student’s father had developed a brain tumor after years of cellphone use, he asked himself if there could be a relationship between the two.

“I was curious to answer that question,” said Kevin Kunze, the director and editor of an investigative documentary that explores the possible effects cellphone use can have over a person’s long-term health. “The more I learned about the issue and information I got, the more insidious the picture looked.”

The filmmaker debuted his documentary, Mobilize, at SF State Monday to call attention to the potential health impact of cellphone radiation. Kunze said that the project aimed to bring awareness to the issue and change people’s behavior.

According to a study published in September in Medical News Today, college students spend an average of nine hours a day using their cellphones. Researchers who conducted the study said results suggest certain activities performed on one’s phone, like texting and listening to music, may lead to addiction.

Sociology student Wendy Rivera said that she struggles with being away from her phone because she constantly feels the need to check social media.

“I don’t really think about it,” said sociology student Wendy Rivera. “I’ve tried to put it down but it’s hard.”

Studies conducted by the National Toxicology Program have not found cell phone use linked to any health problems. However, the NTP said that additional data is needed to find a correlation between cellphone use and negative health effects.

Holistic Health student Matthew Mauger said that he is aware of the idea of electromagnetic frequencies and their negative effects on health.

“I never speak on my phone with it to my ear and I try to keep it away from me during the day,” Mauger said. “Unfortunately, I still keep it in my pocket.”

The event was sponsored by Project Censored- SF State Affiliate, a student run group that provides content for the main Project Censored publication. The organization aims to bring stories not covered by mainstream media, according to Project Censored Officer Kayla Smyth.

“I do think about the effects,” Smyth said. “I wear headphones all the time and take precautions. If you actually go in your phone and look in the nitty-gritty of it all, they have warnings made.”

The screening was a part of Holistic Health Lecturer Kenn Burrows’ Relaxation and Stress Reduction class. The course studies research and theory in stress physiology and management and explores strategies to handle stress-related disorders and circumstances.

“You’re in a rare situation tonight to be learning about the dangers of cell phone and Wi-Fi and other kinds of electromagnetic radiation related devices,” Burrows said to students. “You should be knowing more about technology and how it’s affecting your health.”