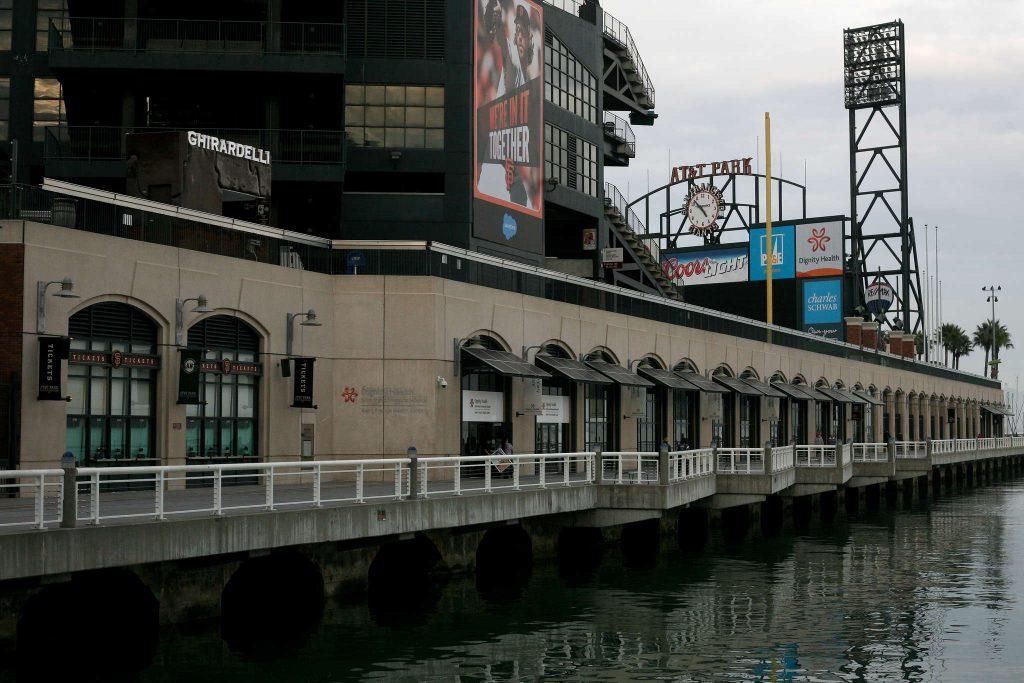 The score board at AT&T Park is seen from the side of the park in San Francisco, Calif., on Monday January 26, 2015.

SF State will be the first public university to carry out its graduation at the park since the stadium opened in 2000. Moving the ceremony from Cox Stadium to AT&T Park will save money and provide the school with adequate space to accommodate all the attendees, said Associate Vice President of University Communications Ellen Griffin.

“Because many of the services and items that are traditionally imported to Cox Stadium already exist at AT&T Park, it’s estimated $70,000 will be saved,” Griffin said.

Services that had to be allocated for the ceremony include staging, audio and visual equipment as well as seating and mobility accommodation, Griffin said.

More than 20,000 people attend the event each year with an expected 5,000 students participating in this year’s ceremony, Griffin said.

“It’s important that we ensure family members and friends can be there to witness this special moment, and I’m thrilled that they will have the opportunity to do so in what has become one of San Francisco’s most iconic landmarks,” University President Leslie Wong said in a University press release Jan. 23.

The move to AT&T Park allows the University to hold commencement exercises for undergraduate and graduate programs at one venue. The location can hold more than 41,000 attendees, according to the Park’s history page.

Students who attended the event last year recalled constraints with physical space and inadequate planning. Kaitlyn Shimazaki, 22, graduated from the marketing department in spring of 2014. She said that she thought the school needed to improve disability accessibility services.

“My parents had to take both my grandmothers to the student center because they couldn’t get seating to watch it,” Shimazaki said.

While the new location will alleviate capacity issues, attendees should make arrangements to commute downtown for the event or expect traffic in the areas around the park.

Danny Kerr, a graduating senior in the Broadcast and Electronic Communication Arts department, is an avid sports fan who said he could not be more excited about the move.

“Graduating at AT&T Park is a once in a lifetime thing for me, especially as a sports fan,” Kerr said. “A lot of people I’ve talked to are completely shocked by it.”

The University will hold its commencement ceremony Friday, May 22 from 5:30-9:30 p.m. More information about graduation is available on the SF State website.